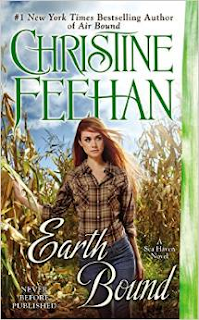 Ever since Lexi Thompson escaped a cult, she's been a part of the Witness Protection Program. It's a secret she's kept for many years; although the women she calls her sisters either know or suspect the truth. Both emotionally and physically scarred, she's afraid to really get close to anyone. For fear of those she’s come to care for ending up dead just like her parents and siblings did. Then a threat from her past comes back to haunt her and there's no one to turn to until a handsome yet very dangerous stranger rescues her.
Gavriil Prakenskii has come to Sea Haven for one reason -- to warn his youngest brother, Ilya, that he is now on the hit list that includes him and their five brothers. But the moment he spots Lexi and comes to her rescue from a bunch of men determined to hurt her, he knows she's the one woman meant for him. However, the revelation throws a spanner in the works of what he needs to do in order to keep his brothers safe. Which is possibly sacrifice his life for theirs by leading the assassins away, because now he’s got something to live for – Lexi.
First off, if you've never read a Christine Feehan novel, then as a reader you're definitely missing out on some exceptional reading. As with a lot of Ms. Feehan's books, you can imagine each chapter coming to life and this book is no different. The plot starts off brilliantly with Gavrill rescuing Lexi and just keeps getting better with every chapter. In fact, I couldn’t believe how quickly I finished this book because it is so fast-paced. As for the dialogue, it drives the story. Every word, every emotion illustrates how much the hero and heroine has suffered. It also reveals how dangerous a man Gavriil Prakenskii is and what lengths he’ll go to in order to keep the people that mean something to him safe. Honestly, there is no man more capable of making someone feel safe, even if he’s clouded in so much violence that it’s probably best not to be anywhere near him.
From the moment Gavriil and Lexi met, there’s instant chemistry. Unfortunately though, the sex scenes didn’t happen until towards the very end, which was a shame. But in saying that, the chemistry between them explodes onto the pages perfectly. Lexi is definitely a lucky heroine because Gavriil certainly knows how to treat a woman. What I liked so much about Lexi was that she put her trust in Gavriil, even though it isn’t easy for her to trust a man after everything she’s been through. While with Gavriil, I liked that he was patient with Lexi and determined not to rush her into a relationship until she was completely ready.
Overall, Ms. Feehan has done an exceptional job crafting this novel that includes some of my favorite genres – paranormal, romance and suspense – all rolled into one fantastic book. I would recommend this series to all, especially if you’re looking for something that combines paranormal, romance and suspense. However, if you want to get a feel for the characters, especially the heroes of each book, I’d definitely read Turbulent Sea (Book #6 of this author’s Sea Haven/Drake Sisters series) as the hero is one of the Prakenskii brothers.
Sensuality Rating: Very Sensual

BLURB:
After escaping from a cult, Lexi found refuge with her sisters on the farm that more than sustained her body—it nurtured her soul as well. But she never forgot the terror she left behind or the always present fear that the cult would find her again, and claim her. Then her nightmare came true.
Lexi was discovered and threatened—only to be suddenly saved by a stranger. He is Gavriil Prakenskii, and he’s awestruck by the woman he’s rescued. She is destined for him. He can feel it in his soul. But how can Lexi find happiness with a man steeped in secrets and shadows, one intimately acquainted with violence, and whose very love could be the death of them?
BUY LINKS: Amazon | B & N | iTunes﻿