Enter to Win a $20 Amazon Card &
an eBook version of the entire Love, California Style Trilogy 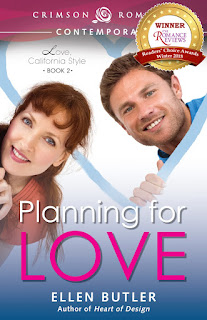 Planning for Love
Love, California Style #2
By: Ellen Butler
Released January 26, 2015
Crimson Romance
+ Add to Goodreads
BLURB:
Poppy Reagan is a Type A personality who runs her professional life with the precision of a Swiss watch. After catching her latest boyfriend cheating, she decides it’s time to take her dating life as seriously as she does her business. She swears off the bad boys and strategically maps out a plan to find an honest, attractive man to become her life partner.

As she works her way through a summer of dates ranging from crazy to plain boring, she begins to wonder if her soulmate’s even on the same coast. Her foolish emotional spirit secretly yearns for the sexy Ohio dermatologist she met on a trip to Hawaii last year. The one who she insists is “just a friend,” because she refused to engage in a long-distance relationship.

Will her heart overrule her head and move this California girl to the Midwest? 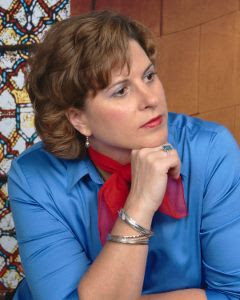 Ellen Butler is an award winning novelist living in the Virginia suburbs of Washington, DC. She holds a Master’s Degree in Public Administration and Policy, and her history includes a long list of writing and editing for dry but illuminating professional newsletters, and windy papers on public policy. The leap to novel writing was simply a creative outlet for Ellen’s over active and romantic imagination to run wild. She is an admitted chocoholic and confesses to a penchant for shoe shopping

Planning for Love won The Romance Reviews Readers’ Choice Award for Romantic Comedy and you can find the entire Love, California Style trilogy on Amazon and other major eBook retailers. Book club questions for Ellen’s novels can be found on her website.