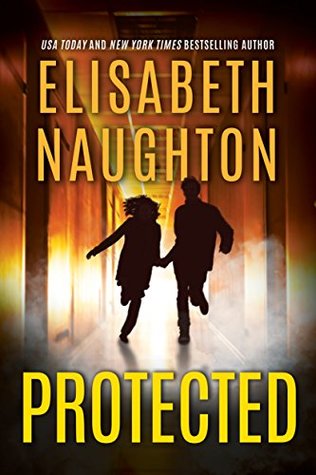 A passion to live for—and to die for—in the RITA-winning series from New York Times and USA Today bestselling author Elisabeth Naughton.
Up-and-coming designer Kelsey McClane is on the cusp of success. Recently divorced, she should be enjoying her newfound freedom and glamorous future. Instead, she’s living in fear of the past. When she returns home to Portland on a press tour, danger creeps closer than ever. As threatening messages from her bitter ex-husband leave her vulnerable, a new man in her life makes her feel protected.
Former Army Ranger turned security professional Hunter O’Donnell is hired to guard Kelsey. When a shattering explosion rocks her world, Kelsey’s ex is the prime suspect, but Hunter speculates there’s more to the situation than Kelsey’s letting on. Intent on keeping her safe, he delves into Kelsey’s past. As the two work together to unmask her stalker’s identity, a fire ignites between them that they both struggle to contain.
While the investigation proceeds, it draws them closer not only to each other but also to a lethal plot that’s been in the works behind their backs. And with each new secret unveiled, it’s not just temptation putting them at risk—it’s a madman who will not stop until Kelsey is dead.
BUY LINK:  Amazon

In Protected (Deadly Secrets #3) by Elisabeth Naughton, Kelsey McClane is determined to put her divorce behind her and concentrate on her career as a fashion designer. However, someone is determined to have Kelsey looking over her shoulder at every turn when she starts receiving threatening messages. Luckily, she has former Army Ranger Hunter O'Donnell on her side, but will he be enough to keep her safe, especially when the madman after Kelsey knows how to cover his tracks. Will Hunter be able to keep Kelsey safe, or will the pair lose their shot at happy ever after?

What an absolutely explosive, intense and captivating read Ms. Naughton has penned right from the opening chapter in this book that had me reading quickly, determined to discover what obstacles the hero and heroine will have to face to be together, especially since someone is determined to see the heroine loses everything including her life. Will Hunter be able to keep Kelsey safe? What lengths will he go to in order to protect her?

As for the dialogue, it was a wonderful combination of suspense and romance and I really enjoyed both the main characters back stories, as the heroine discovers things about her past that puts a target on her back. Will she be able to handle all she learns, especially when her adopted family are so great and she doesn't want what she learns to change her life? I also liked how resilient and courageous the heroine is and how she handles everything she goes through including the threats to her life. Yet, what I liked most of all about the heroine is that she gave the hero a chance, even though that's not easy for her to do after everything she's been through in her life since she has abandonment issues and an ex-husband that loves to cause trouble for her. Will Hunter be another person that abandons her? However, in saying that, her family have proven they would never abandon her and I loved how protective her brothers are of her.

While the hero, I loved his back story because as a former Army Ranger he witnessed a lot in his career. It's made him the confident and hard-working man that he is and I loved how protective he was of the heroine. He's had feelings for her for quite a while, but has never acted on them because she's his friend's sister. Will he finally get the chance to act on his feelings now that she's free of her ex? Yet, what I liked most of all about the hero was his determination to win over the heroine, especially since he has so much to overcome such as the fact that her ex is a jerk and the heroine's jealousy of women that Hunter has been with. Does the hero have a girlfriend or not?

Overall, Ms. Naughton has delivered an absolutely riveting read in this book where the chemistry between this couple was strong; the romance was splendid; and the ending had me loving the hero's determination to protect the heroine, no matter what happens to him. However, it was the way the hero proves to the heroine that she's the one for him that I loved the most about the ending because no way is he going to let Kelsey get away. I would recommend Protected by Elisabeth Naughton, if you enjoy romantic suspense or books by authors Cynthia Eden, Katie Reus, Toni Anderson and Cristin Harber.