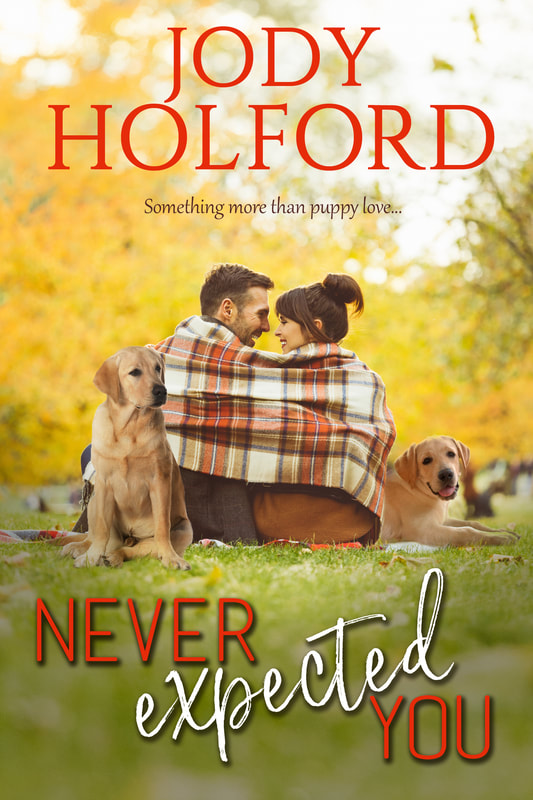 When Zach Mason, former army sergeant turned veterinarian for war-wounded animals, returns home, the decision to stay is easy. But convincing the only other vet in town to hire him is a good deal harder. It doesn’t help that the beautiful, intelligent, and stubborn Stella Lane is determined to make his life hell.

Stella doesn’t take outside help easily—she’s been let down in the past, most recently by her ex, just as she’d begun to plan their wedding. Trusting Zach with her animals is one thing, but trusting him with more is a hard pass. Too bad the handsome vet is nothing but temptation. And her new roommate...

In Never Expected You (Love Unexpected #2) by Jody Holford, Zach Mason wants in on the ever busy veterinary practice that Stella Lane runs. However, Stella wants nothing to do with him and Zach realizes winning her over will be harder than he thought. Yet, he's persistent and figures he'll be able to wear her down sooner or later. Will Zach be able to convince Stella to take a chance on him or will their shot at happy ever after never be?

I absolutely love Ms. Holford's writing and I've got to say that this second book of her Love Unexpected series was a wonderfully-written, fast-paced, entertaining read that I really enjoyed from start to finish because of the well-developed main characters that have interesting back stories and compelling dialogue that had me loving the hero's determination to win the heroine over. The way this story started had me liking the hero and heroine immediately, as the hero doesn't mean to deceive the heroine, but she doesn't make it easy for him not to. Will he be able to get a word in edgewise?

As for the dialogue, it was intense due to the main characters back stories and I could understand why the heroine finds it hard to trust after what she went through with her ex. Will she let Zach in? How long will it take Zach to win Stella over? Moreover, both the main characters were fascinating due to their back stories and had me reading quickly, determined to discover whether these two would be able to help each other heal from their pasts, especially since the hero is good for Stella. She needs someone that will stay by her side through thick and thin and love her unconditionally.

With the heroine, I couldn't help but sympathize with all she's been through because her ex did a real number on her. Yet, in saying that, I thought she was a little too stubborn in not letting someone else in all because of her ex. To me, that felt as if she was letting her ex win and hold her back from the sort of happiness she deserved. While the hero, he's confident, charming, persistent when it comes to getting what he wants and I liked how determined he was to win the heroine over because it's palpable she needs help at her clinic. She's running herself ragged to do everything she can to keep her family legacy alive. I also liked the close relationship the hero has with his mother and that he would do anything for her, which is proven by what his mother convinces him to do at one of the town events.

Overall, Ms. Holford has delivered a really good read in this book where the chemistry between this couple was strong; the romance was delightful and had me glad that the heroine took a chance on the hero; the secondary characters entertained me just as much as the main ones and I loved the advice they offer; and the ending had me loving the hero's determination to make things right with the heroine after their relationship goes awry. No way will he let the woman he loves get away. Not without doing everything in his power to prove to her that they belong together. However, it was the epilogue that left me smiling long after I finished this story because of something the heroine tells the hero that makes him so happy. I would recommend Never Expected You by Jody Holford, if you enjoy contemporary romance, workplace romances or books by authors Vivian Arend, Barbara Freethy, Victoria James and Sinclair Jayne.

Stella Lane was unlike any woman he’d ever met. Such a combination of stubborn pride and soft kindness. Not to mention drop-to-his-knees fucking gorgeous. She was the kind of woman a man didn’t get over. Or at least, he wouldn’t.

“You going to keep staring at me or are we going to play some pool ?” Stella rubbed the end of the stick with the blue chalk, her eyes dancing in a way he hadn’t seen before. Should have known she’d be competitive.

“I like staring at you. It’s a good view,” he said, racking up the balls.

“An off-limits view,” she reminded, coming around to break.

“Remind me why that is again.”

She’d started to lean over the table but stopped. “Why what is again?”

He didn’t know why he was stirring up a conversation like this when he agreed whole-heartedly with her views. But other parts of his body strongly disagreed.

“I kind of get the whole we work together thing, so we shouldn’t, but I get the impression you keep yourself off-limits in general. Haven’t seen any suitors showing up at our door. Who broke your heart, Doc?”

A flash of hurt widened her eyes and was gone before he could be sure he saw it. But it was as if his heart recognized it. He knew she’d been hurt. But seeing it in her face made him want to smack heads together.

“Tell you what; since I have a few questions of my own, why don’t we say every time one of us makes a shot, the other has to answer a question. Honestly.”

He stepped into her space, brushed a lock of hair off her cheek. “I’m always honest.”

Stepping back, she smiled and set herself up to break. She looked over her shoulder at him, caught him checking out her ass, and smirked. “Do we have a deal?”

He was a good shot, so he nodded. He wanted to know more about her, whatever it took.

She sent the white ball blazing across the felt and the rest of the balls scattered. A striped one went into the corner pocket.

Stella glared at him and walked around the table. “Don’t cheat. I’m stripes and you owe me an answer.”

“Fine. But you know what they say about payback.”

Stella paused, looking at the table before deciding where to shoot. “That’s the second time you’ve said that with no follow through. I’m not scared. Where was your first time?”

He smirked. Cute. But, in his opinion, she’d wasted a question. “Texas. I was nineteen.”

Stretching, she set the cue so she could hit a bank shot, but missed. Unfazed, she walked over to him. “Why didn’t you come back to Brockton sooner?”

Zach’s throat went dry. Because he’d associated “making it” with a dollar amount. Once he’d been able to sink his money into a tangible future in the place he loved, he’d set his plans in motion. . “You didn’t sink your last shot. My turn.”

He went to the end of the table and lined up a shot, then sank it. He wanted real answers. “Why’d your last relationship end?”

Even as he moved to line up his next shot, he saw her face go pale. His stomach cramped—he wanted her to open up but he didn’t want her to be uncomfortable.

Stella’s fingers tightened around her cue. “He asked me to marry him. I said yes. When I tried to make plans to move forward, he kept stalling. Then I asked him about coming back here to live and he told me he’d never wanted to marry me in the first place. I was convenient and a really good vet. 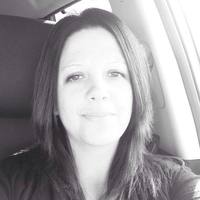 Jody Holford is a multi-published author who has a soft spot for happily ever after. So much so, she tattooed the words on her arm. She’s a mom and a wife, a friend, sister, daughter, teacher, and book-lover. Her stories have a little heat and a lot of heart. And maybe, some swoon-worthy moments that will make you smile.