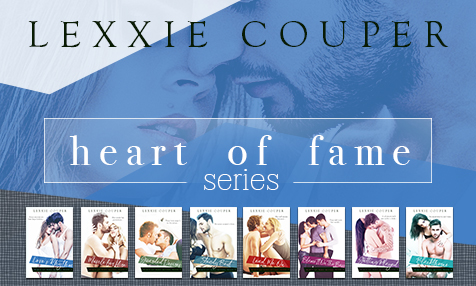 We are thrilled to share the gorgeous, brand new look for Lexxie Couper's amazing Heart of Fame series! To celebrate, we're sharing all of the details, plus an exclusive peek into the feature song, Whispers in the Night! Lexxie is not only sharing the lyrics with us today, but she's even singing it for us! (Talk about brave, right?!)
Get to know the Heart of Fame titles and enjoy Lexxie's video below! 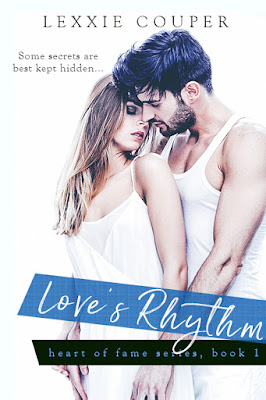 Lauren is the one that got away. Lured by the promise of fame, Nick Blackthorne turned his back on the possibility of a regular life and love to focus on his career. No one would ever guess kindergarten teacher Lauren Robbins was once involved with the lead singer of a rock band. Their romance was the stuff of love songs, and it took her fifteen years to get over him. When Nick turns up at her door, the heartbreak and years fall away, but not everything can be erased with apologies and soul-shattering passion.
Purchase LOVE'S RHYTHM
*** 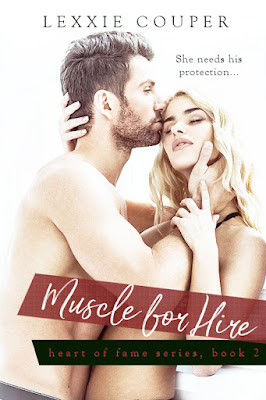 About MUSCLE FOR HIRE:

Former SAS commando and personal bodyguard, Aslin Rhodes is a now a military consultant on a movie, where an American martial arts expert no taller than his chin promptly puts him on his arse. Rowan Hemsworth is determined to protect herself and those she loves, but nothing prepared her for the British mountain of muscle who makes her knees go uncharacteristically weak.
When Aslin becomes convinced that Rowan—and not her celebrity brother—is the target, things get tricky. Rowan doesn’t believe she needs his protection, and keeping her close becomes his top priority. And there’s nowhere closer than right in his arms.
Purchase MUSCLE FOR HIRE
*** 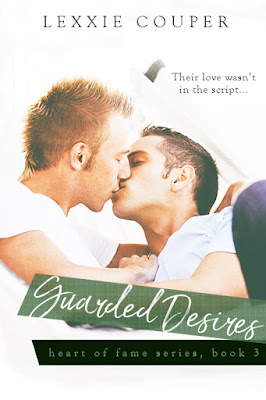 Chris Huntley is on the fast track to becoming the next big action star and thinks he’s ready for anything. He’s never been attracted to a man before, but his new bodyguard, Liev Reynolds, is not any regular man. Liev is comfortable with his bisexuality, but his attraction to Chris is anything but comfortable. His professional ethics as a bodyguard means he can’t act on the attraction. There’s also the long trail of broken-hearted women Chris has left in his wake… Being up close and personal makes things difficult, and this happy ever after is going to be hard-won. 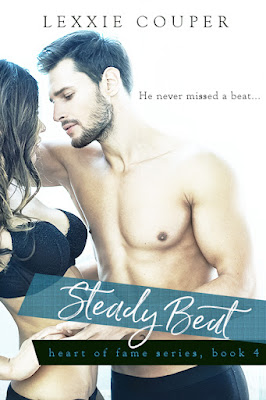 Keeping the beat with a pair of drumsticks helps Noah focus. Without that focus, his ADHD makes life a little chaotic. Peppa has the voice of an angel. If only she didn’t have pesky stage fright and the distracting off-the-charts chemistry with the drummer of the band she’s auditioning for. With Peppa in his arms, Noah finds a strange kind of serenity, but when his wild past catches up with him, he could lose it all, including the smoky-voiced angel he’s falling for—the one woman who keeps his mind and his heart staying on rhythm. 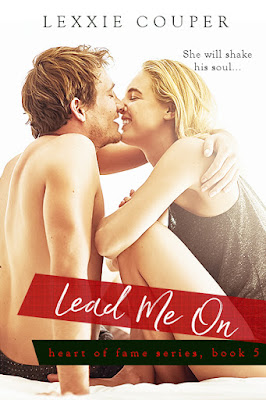 About LEAD ME ON:

Samuel Gibson has been called brooding, arrogant, and narcissistic. He’s never wanted anyone to think anything different, until he meets prickly Lily Pearce and starts to wonder if it’s time to correct some of the misconceptions trailing behind him. After watching her brother ruined by the world of rock and roll, Lily has no love for the music scene or anyone in it. So her unwanted attraction to the personification of everything she hates about that lifestyle—Samuel Gibson—drives her crazy. But glimpses of the Sam beneath the reputation make her start to wonder if there’s more to the man. 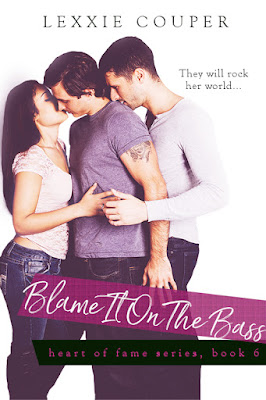 About BLAME IT ON THE BASS:

Corbin Smith knows he needs to do something drastic to help his partner out of the grief he’s been lost to. Witnessing the chemistry still present between Levi and his old high school flame, Corbin is surprised by a jolt of arousal and the beginning of an idea. Nothing unsettles Sonja Stone, not even her body’s powerful reaction to Levi after all these years. But when Levi’s lover approaches them, eyes smoldering with hunger, his suggestion shakes Sonja to the core. Their union is explosively perfect, but something is holding Levi back from sealing their emotional connection.


Purchase BLAME IT ON THE BASS
*** 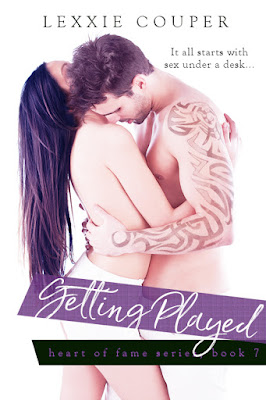 Natalie Thorton doesn’t have room in her schedule for relationships. She knows everyone who’s anyone in Australia’s music industry, which is why Jaxon Campbell is sure she can help his band find a perfect new lead singer. Trouble is, the last time he saw her, he broke her heart. Natalie doesn’t want to feel anything when Jaxon strides into her office after all these years, but she does. And if he’s going to ask something from her, well, she wants something from him. Orgasms. Lots of them. How can Jax say no? But just who’s playing who? 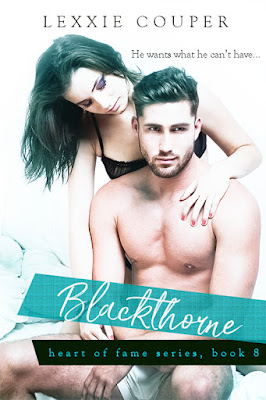 Josh Blackthorne never planned to follow in his father’s rock-star footsteps. But music is in his genes, and he was born into this world of fame. Finding someone who isn’t fazed by all that is unique, but the novelty of being liked by Caitlin Reynolds quickly turns to something more. Josh makes Caitlin laugh, something she hasn’t done in a while. He’s also freaking hot. But as much a she wants to melt into his arms, there’s a ghost hanging over her head—a ghost who turns out to be not-so-legally dead after all…
Purchase BLACKTHORNE
***
And now for what we've all been waiting for! Sit back and enjoy the fabulous Lexxie Couper, singing her very own original song, Whispers in the Night!

Lyrics:
“There’s something so very broken
Inside my soul
And only you can mend it, but you’re not mine any more.
This life of mine is empty
Since I walked away
Taking paths I haven’t seen
Looking for roads I’ve left behind
Searching for an answer
That was always there
Needing to feel something
Beyond this pain.
And I want to beg but I can’t find the words
And I want to cry but I can’t find the tears
And all that’s left is the shadow of your heart and the ghost of your smile
And the whispers in the night.”