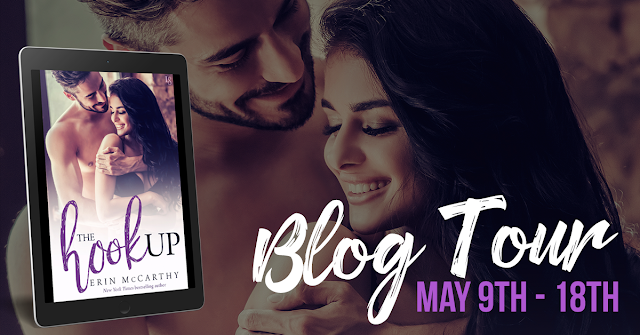 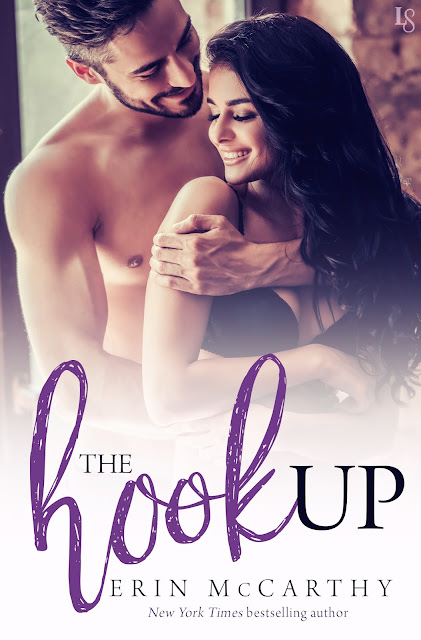 The Hookup
The Jordan Brothers #1
By Erin McCarthy
Releasing May 8th, 2018
Loveswept

Is there an equation for the perfect hookup? Turns out it’s a lot more complicated than one plus one. . . .

Sophie: Numbers are my comfort zone, which explains why my sex life is a big fat zero. Then again, if I’m smart enough to earn a PhD, why can’t I calculate a way to get a guy into bed, just to see what all the fuss is about? With my prima donna sister, Bella, getting married in Maine, I figure her wedding is the perfect opportunity for my little experiment. And Cain Jordan seems hot enough—he’s certainly drunk enough—to show me what I’ve been missing. Judging by the body of evidence, it’s a lot. . . .

Cain: Being stuck in the same town as my lying SOB twin brother, Christian—who may or may not be the father of the son I’m not allowed to see—is a hell of a reason to drink myself silly after the lobster boat docks each day. Any port in a storm . . . But Sophie’s different. She doesn’t play around. And she’s becoming a habit I don’t want to break. Because the smartest woman I’ve ever met is also the sexiest—and the only one who makes me want to change.

Get your hands on THE HOOKUP now!

In The Hookup (The Jordan Brothers #1) by Erin McCarthy, Cain Jordan does everything he can to numb the hurts of his past with alcohol, especially after what his twin brother did that sent him on such a spiral in the first place. However, the moment he meets Sophie, he finds his life changing for the better. Can he overcome his desire for alcohol and replace one addiction for another, or will Cain ruin any chance he has at happy ever after with Sophie because of his drinking?

What an interesting and riveting read Ms. McCarthy has penned in this first book of her Jordan brothers series where the hero needs the heroine to help him heal from the hurts of his past; the heroine deserves someone that can handle her need to say whatever is on her mind and not criticise her like her family does because they believe she's socially inept; the characters were fantastic due to their back stories and every moment they spend together; and the dialogue was entertaining due to everything these two have been through in their pasts, especially the hero because he's never gotten over what his twin brother did. Will Cain ever be able to move on from his past?

With the main characters, I couldn't help but sympathize with the pair, as the heroine's family treats her like she's a kid because they believe she doesn't know how to interact with people while the hero was betrayed by his twin brother and that makes being around his family hard. Moreover, the heroine was resilient, funny at times; impressed me with her comebacks on things Cain said to her; and I liked that she gave the hero a chance, even though there's no chance for a future for the pair unless he's willing to overcome the hurts of his past. No way can he continue to numb the pain the way he does. While the hero, he's been through so much and I could understand why it's hard for him to spend time around his family. They judge him for every little thing, even though his brother was the one in the wrong and not Cain. Why couldn't they hold his brother a little more accountable for his actions? I also liked how the hero shows the heroine that her being smart, her need for honesty and blurting out whatever was on her mind was a good thing and that he actually appreciates everything about her.

Overall, Ms. McCarthy has delivered a really good read in this book where the chemistry between Cain and Sophie is strong; the romance is wonderful, as Cain shows Sophie how good sex can be, especially since she's so inexperienced; and the ending had me loving how determined Cain was to be with Sophie. Then again, he did need to do something to show her she's more important than what drinking can do for him and I liked that he was willing to finally find a way to clean up his act. No way could he continue to drown in his sorrows. I would recommend The Hookup by Erin McCarthy, if you enjoy the mysterious strangers trope or books by authors Lorelei James, Carly Phillips, Erin Nicholas and Shannon Stacey.

USA Today and New York Times Bestselling author Erin McCarthy first published in 2002 and has since written over sixty novels and novellas in teen fiction, new adult romance, paranormal, and contemporary romance. Erin is a RITA finalist and an ALA Reluctant Young Reader award recipient, and is both traditionally and indie published. When she’s not writing she can be found sipping martinis in high heels or eating ice cream in fleece pajamas depending on the day, and herding her animals, kids, and amazing renovation-addicted husband.