REVIEW: COME HOME TO ME by LIZ TALLEY 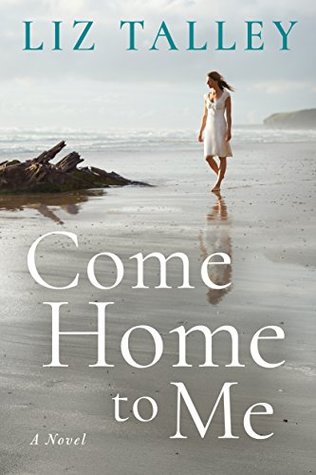 Healing the wounds of the past doesn’t come easy in this novel of friendship and forgiveness from award-winning author Liz Talley.

Summer Valentine has returned to Moonlight, South Carolina, a very different woman from the naive wallflower who left years before. These days she’s straightforward and savvy, determined to do right by her son, David—even if that means cashing in her struggling music career in Nashville and returning to the town that drove her away. Sure, she took a fall. But at least she now knows where she stands…Despite her anger over the past, Summer believes David deserves a relationship with his father, Hunter “Hunt” McCroy. Though Hunt’s illustrious career has faded, privilege still protects him from his worst mistakes.Someone else is back in Moonlight too: Rhett Bryan, the golden boy of Hollywood, who’s taking stock of his own life after a tragic accident. As his rekindled friendship with Summer quickly deepens, she must reconcile the painful history that ties her to both men—one she’s finally forgiven, one she’s afraid to love—to claim healing and happiness.

In Come Home to Me by Liz Talley, a tragic accident has Rhett Bryan returning to Moonlight, California, and re-evaluating his life. However, he never imagined it changing for the better, as he begins to re-kindle the friendship he once had with Summer Valentine and finds his friendship with her becoming more. Yet, with Summer having been hurt before and with her hoping for her son to know his father, things aren't always easy and with every day that passes Rhett gets closer to returning to his life as the Golden boy of Hollywood. Will Summer be able to reconcile her past to have a future with Rhett or will they both walk away their chance at happy ever after?

This story drew me in from the very beginning because of the tragic accident and how it makes Rhett re-evaluate his life. What will he be able to do to make things right? Will he be held accountable for what happened, even though it was an accident? However, it was from the moment where Rhett and Summer come face-to-face for the first time that had me fully hooked, as these two have quite the history. Is he partly responsible for hurting her that led to what happened to her?

As for the dialogue, it was intense due to everything that Rhett and Summer have been through in their pasts that makes Rhett question his life and has the heroine needing to finally find it within herself to forgive the person that hurt her years ago, if she's to find happiness with Rhett. Will her son's father ever be able to see that what he did to her was wrong? Moreover, I really disliked Hunter, the other man in the heroine's life and who is also her son's father when he was first introduced into this story. He was a privileged jerk who thought he couldn't do anything wrong and should have everything in life. However, he did redeem himself in my eyes once he admits to the mistakes he made in the past and tries to make things right with the heroine.

With Rhett and Summer, I loved this couple together. Both have suffered hard times, but have done their best to overcome them. With the heroine being the best mom she can be to a wonderful little boy while the hero has achieved quite a lot in his Hollywood career. Moreover, the heroine is resilient, courageous and I liked that she took a chance on Rhett, even though he hurt her in the past. I also liked how kind and caring she is, which is proven by how much she does for other people. Then again, Rhett's grandfather is an absolute hoot. He can be grumpy at times, but a total delight at others because he doesn't want everyone worrying about him all the time. While the hero, he's been through so much and I could understand why he's determined to do things right after what happened. I also liked how determined he was to re-kindle his friendship with the heroine because she was one of the best parts of his life growing up, even if he didn't recognize that at the time. Certainly, she's a bright spark in this time of darkness where he doesn't know what will happen. Will his life be turned upside down?

Overall, Ms. Talley delivers a heartfelt and captivating read in this book where emotions run high because Rhett is protective of the heroine and he won't let anyone hurt her again, especially not Hunter; the romance was wonderful and had me hoping that Rhett would see how good Summer is for him; and the ending had me loving the way these two fight for their relationship because they have something special. I would recommend Come Home to Me by Liz Talley, if you enjoy the friends to lovers trope or books by authors Olivia Miles, Catherine Bybee, Kim Law and Jill Shalvis.