BLOG TOUR - REVIEW & GIVEAWAY: ONCE UPON A PLAYER by CHRISTINA PHILLIPS 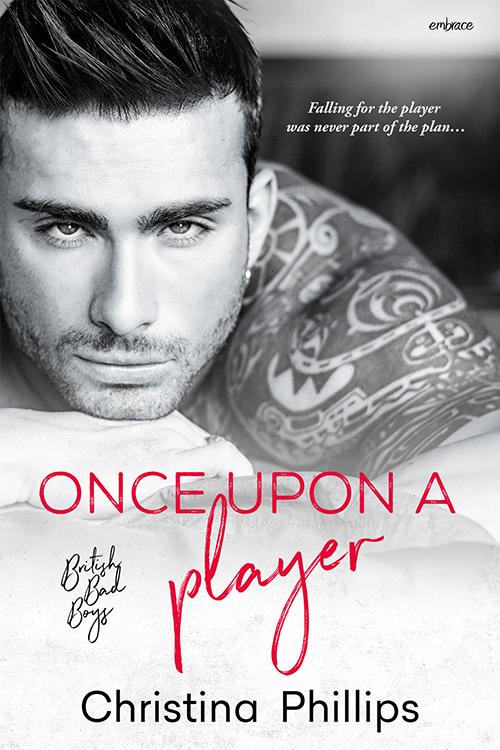 Falling for the player was never part of the plan…

When my mum gets sick, I volunteer to fill in for her and clean some hot jock’s penthouse. I’ve heard all the rumors about him, so the plan is get in, clean some toilet bowls, and get out. After my last experience with a “sports hero,” I’m done with that sort of guy.

But Lucas Carter is full of surprises. He wants to help me clean and is nothing like the toad the press has made him out to be. Resistance may be futile for some girls, but not me. Then he asks me to help him with the interior design of his new place. I can’t say, no. It’s going to look great on my resume.

Unfortunately, spending time with Lucas is dangerous. He’s so charming and sweet, but I can’t let myself forget––once a player, always a player.

In Once Upon a Player (British Bad Boys #2) by Christina Phillips, Violet has sworn off athletes, especially after what her ex-boyfriend did. However, there's something about Lucas Carter that's hard to ignore. Yet, cleaning his apartment is all she's ready for. But Lucas has other ideas and is determined to win her over. Will happy ever after be possible for these two?

Having really enjoyed the first book of this series, I was looking forward to more of it and I've got to say that this second book of Ms. Phillips British Bad Boys series was absolutely engaging, fast-paced and was a story I loved right from the beginning due to the heroine's reaction to what she's walked into and whether she can play nice with the hero considering his profession and the fact that he's a total player who has set his sights on her. Can Violet handle the hero's charm without giving in like so many other women do?

As for the dialogue, it was intense due to the main characters back stories and it's understandable why the heroine doesn't want another relationship with someone that plays the same sport as her ex because look how much of a disaster that was due to what her ex did. How could she trust that Lucas wouldn't stray when a better offer came along? However, in saying that, I liked that Violet finally got a little revenge against those that hurt her. Moreover, the heroine is resilient, courageous, hard-working when it comes to her studies and her job and I liked that she took a chance on Lucas, even though it isn't easy for her. Can she trust him? I also liked the close bond she shares with her family and her best friend, as they're really good at giving advice and helping her whenever she needs it.

While the hero, he's confident; charming; has a tight bond with his twin brother, even though they're as different as chalk and cheese; and I liked how determined he was to win the heroine over, which is more difficult than he thought it would be because he's used to women being into him the moment they meet him. I also liked the hero's determination to get back to the game he loves, even though there's every chance he might not be as good as he once was because of his injury.

Overall, Ms. Phillips has delivered a fantastic read in this book where the chemistry between Violet and Lucas was intense; the romance was satisfying and had me loving that the heroine took a chance on Lucas because he's a good guy; and the ending had me cheering for this couple's happy ever after, especially after how things go awry in their relationship. Luckily, both are determined to make things right between them and I liked how one of the main characters went about it. However, it was the epilogue that wrapped this story up perfectly, as I liked the choices these two made in order to be together. I would recommend Once Upon a Player by Christina Phillips, if you enjoy the opposites attract trope, the enemy to lovers trope or books by authors Robin Bielman, Lexi Lawton, Jen McLaughlin and Cindi Madsen.

Christina Phillips is an ex-pat Brit who now lives in sunny Western Australia with her high school sweetheart and their family. She enjoys writing contemporary, historical and paranormal romance where the stories sizzle and the heroine brings her hero to his knees.

Christina is addicted to good coffee, expensive chocolate and bad boy heroes. She is also owned by three gorgeous cats who are convinced the universe revolves around their needs. They are not wrong.