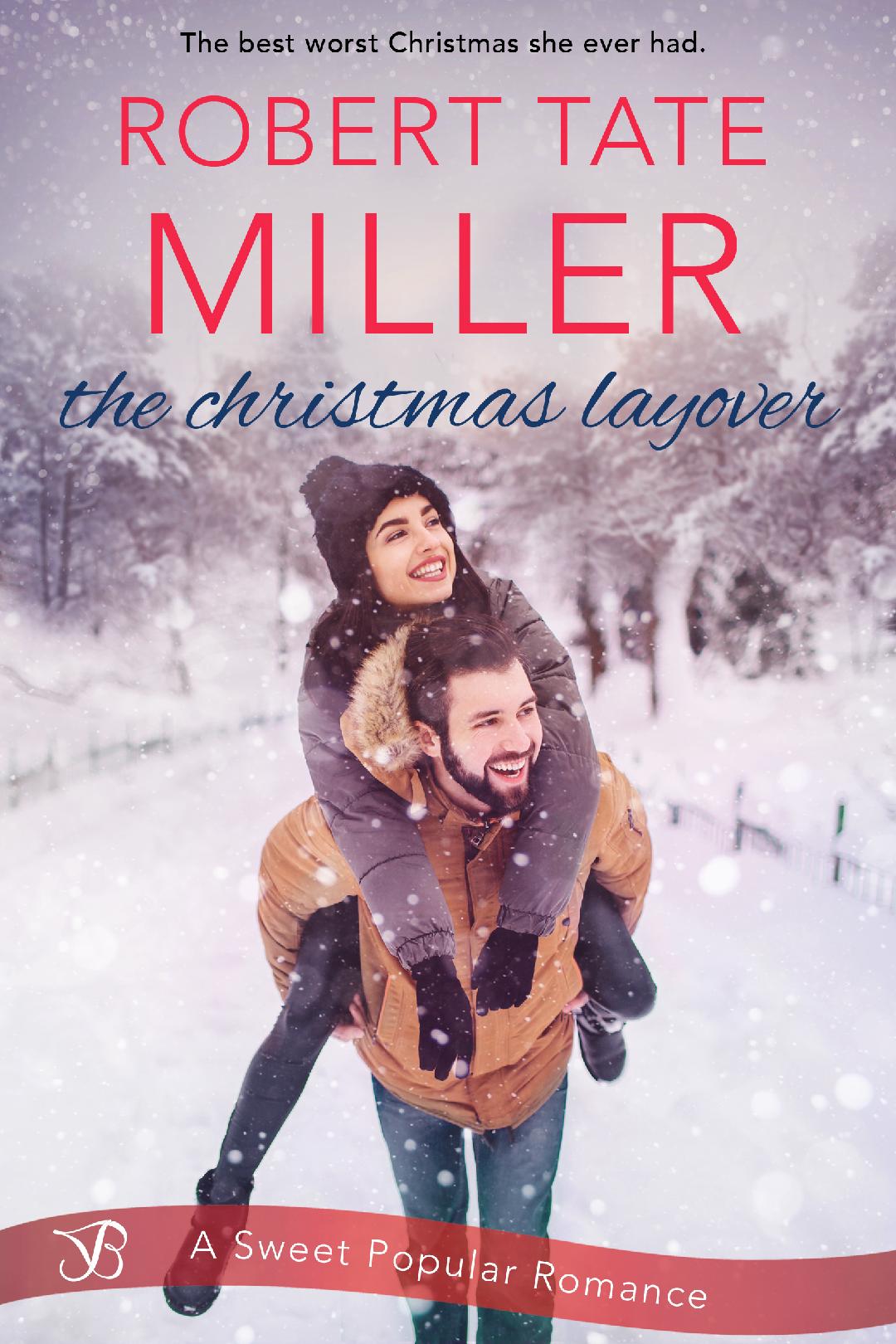 The weather forecasters said the snowstorm would miss the eastern seaboard. They were wrong.

When Ally Henderson’s flight from Southern California to finally marry her fiancé in New York City on Christmas gets diverted to the tiny Midwestern town of Bethlehem, she’s desperate to get back in the air and to the Big Apple. But with all the airports closed, she’s forced to rely on Midwestern hospitality to wait out the storm.

Living with a welcoming stranger is one way to spend a snowed-in Christmas, but when she meets the local diner owner, the kindhearted and surprisingly sexy Jake, sparks fly. Only, Ally’s a big-city girl with big-city dreams, and Jake will always be a Bethlehem boy.

In The Christmas Layover by Robert Tate Miller, when Ally Henderson finds herself in the small town of Bethlehem after her flight to New York is diverted due to bad weather, she's determined to make the most of it. However, it's not that easy, especially when she's so far away from her real life and then her fiancée turns her life upside down. Will Jake be able to help Ally forget her problems or will they lose their shot at happy ever after because Ally is a city girl while Jake will always be a small town guy?

What a sweet, fast-paced, delightful read this author has delivered in this book, which packed quite the emotional punch due to the hero's back story, but had me loving the playful banter between the hero and heroine as well as the growing friendship between the heroine and one of the secondary characters. Really, the growing friendship was cute, as Noel is such an interesting secondary character. However, it was from the moment the hero and heroine come face-to-face for the first time where this story really gets interesting, as they don't get off to the best of starts. How could the hero say what he does when it comes to her career?

With the main characters, the heroine goes through quite a lot and I could understand why she isn't ready to give up on her dreams, especially when she's hit rock bottom in terms of what she loses because of her ex and whether she'll be able to get it back. Yet, in saying that, she's resilient, courageous, loves to give advice and I liked how determined she was to see the best in the situation she's found herself in. Since she isn't used to be being part of a small town that shows secrets don't stay hidden. While the hero, he's had it tough since the death of his fiancée and I couldn't help but sympathize with him. He's also confident, a little cocky when it comes to the competition he faces, has a good relationship with his family and I liked how determined he was to show the heroine that all hope isn't lost, especially with what she discovers about her fiancée and his deceiving ways. How could the guy be so selfish?

Overall, Mr. Miller has delivered a really good read in this book where the chemistry between this couple was intense; the romance was on the sweet side and the ending had me loving the hero's determination to win Ally's heart. However, it was the epilogue that wrapped this story up nicely, as Ally and Jake have come so far in their relationship and have so much more happiness to look forward to. I would recommend The Christmas Layover by Robert Tate Miller, if you enjoy small town romances, the opposites attract trope or books by authors LE Rico, Victoria James, Sonya Weiss and Jennifer Hoopes.

Robert Tate Miller was raised in the North Carolina mountain town of Hendersonville and began writing at an early age. He began his writing career with homespun essays of small town life that were published in such publications as Reader's Digest, The Christian Science Monitor and the Chicken Soup for the Soul book series. He moved to Los Angeles in the late 1980s and wrote hugely successful family-oriented telefilms for NBC, ABC Family and the Hallmark Channel. Robert lives in Northridge, CA..