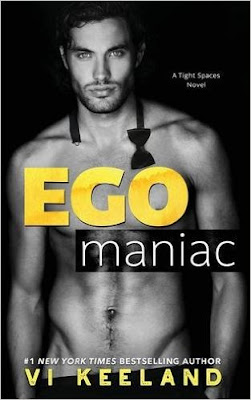 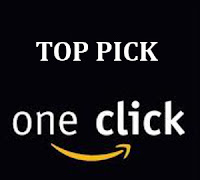 In Egomaniac (Tight Spaces #1) by Vi Keeland, Marriage counselor Emerie Rose has just moved to New York and believes she's found the perfect space to see her clients. Except it appears she's been scammed and she finds herself needing to defend how naive she is to Drew Jagger, the gorgeous man whose office it really is. Can Drew help solve her dilemma, as he tries to convince her to explore their chemistry?

Having only recently discovered this author's books, and having loved every single one that I've read so far, I couldn't wait to dive into this story and I've got to say that it is Ms. Keeland's best book to date. From start to finish, it was highly entertaining, fast-paced and a book where I alternated between smiling, laughing and crying. Because Drew and Emerie are two wonderful characters that do justice to the opposites attract trope. She's a marriage counsellor while he's a divorce attorney. Rather ironic, don't you think? Especially after what happens to her and they end up sharing office space. How are they going to be able to work side-by-side each other? Emerie helps couples try to stay together while Drew helps dissolve marriages permanently.

As for the dialogue, it was intense due to the main characters back stories, especially that of the hero. He's still suffering at the hands of his ex years after divorcing her because of their son. Will he finally win custody of their son? Will he have to choose between the heroine and his son? The answers to these questions took me by surprise, because of the direction this story took. But certainly I loved how things worked out in the end. Drew deserved all the happiness in the world after everything his ex has put him through.

Both the main characters were compelling, and I loved every moment of their playful banter. Emerie blossoms throughout this story. She seems very naive in the beginning with the way she was fooled, yet she's strong and brave. Standing up for herself against Drew whenever he was being too cocky, making fun of her advice or messing with her work. The way he changed her quotes...too funny!

While Drew, he's confident, cocky, hard-working and I like how determined he was to win Emmy over, even if it was only to get her into his bed where eventually their strong chemistry spilled over onto the pages in hot sex scenes that palpably illustrated Drew knows how to please the woman he's with. Also, I enjoyed his friendship with his best friend and the bond he shared with his son. His best friend isn't afraid to offer his opinion when it comes to the hero finding the sort of happiness he deserves.

Overall, Ms. Keeland has penned a wonderful opposites attract story in this one; a story I could not put down for even a second. The way this story ended was delightful, as Drew was willing to fight for Emerie by going head-to-head with the guy that the heroine wanted more than anything before the hero came into her life. What a way to scare him off. However, it was the epilogue that wrapped this story up perfectly, especially with what the heroine does for her man and then with what Drew asks Emerie. I would highly recommend Egomaniac by Vi Keeland, especially if you the opposites attract trope or cocky heroes used to getting what they want.
OVERALL RATING:

I dialed 9-1-1 before proceeding to attack him with my fancy new Krav Maga skills. He quickly restrained me, then chuckled, finding my attempted assault amusing. Of course, my intruder had to be arrogant. Only, turned out, he wasn't an intruder at all.

Drew was the rightful occupant of my new office. He'd been on vacation while his posh space was renovated.Which was how a scammer got away with leasing me office space that wasn't really available for rent. I was swindled out of ten grand.

The next day, after hours at the police station, Drew took pity on me and made me an offer I couldn't refuse. In exchange for answering his phones while his secretary was out, he'd let me stay until I found a new place.

I probably should have acted grateful and kept my mouth shut when I overheard the advice he was spewing to his clients. But I couldn't help giving him a piece of my mind.
I never expected my body to react every time we argued. Especially when that was all we seemed to be able to do.

The two of us were complete opposites. Drew was a bitter, angry, gorgeous-as-all-hell, destroyer of relationships. And my job was to help people save their marriages.


The only thing the two of us had in common was the space we were sharing.
And an attraction that was getting harder to deny by the day.