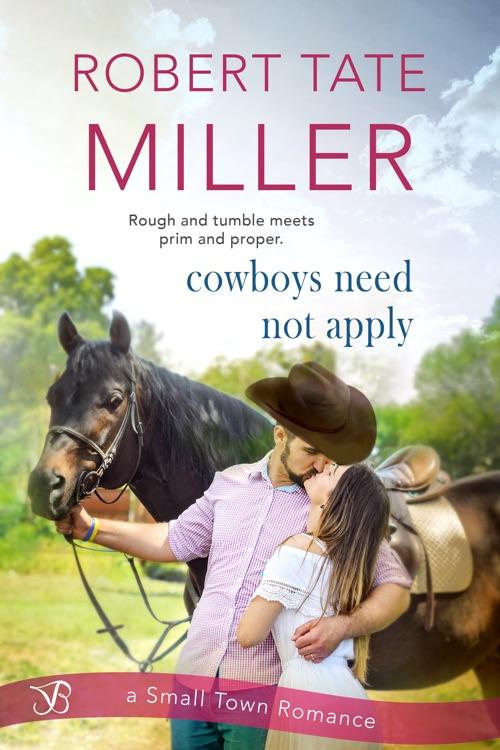 No, prima donna ballerina Jessica Carmichael isn’t interested in the rough-and-tumble rodeo cowboy she met in physical therapy. In fact, she’s actively uninterested in his cocky smile, and his go-with-the-flow attitude, and how his silly little bets make her work harder than ever to fix her knee. She’d like nothing more than to strangle him, if she wasn’t so busy thinking about kissing him.

Matt Walker's best hope of getting back in the saddle is charming Jessica into teaching him ballet. He needs to get back on the bronc…even if he has to get there in tights. Only the uptight ballerina lives in a completely different world, one he wouldn't touch with a ten-foot mechanical bull. But maybe the one thing she needs more than control is to lose control for once—with him.

It was nearly midnight when Jessica and Matt strolled down 5th Avenue and long past closing hours for the famously pricey stores. Anne Taylor, Abercrombie and Fitch and Anthropologie were all shuttered for the night. Jessica had her arm looped through Matt’s as if he were escorting her safely home after the prom. She was in no hurry to flag a cab. She smiled in the silence and thought about the wedding and her toast and the dancing. She hadn’t had that much fun in a long time, maybe ever. Then her thoughts sobered. Training was over. Matt had no more excuses to stay in the city. He’d be going home, and she’d be back to her routine, back to her studio, and her life, and the pain of her career’s early demise. She’d have no more cowboy distractions to occupy her mind. She was happy when Matt broke the silence.

“You go back to Montana, I guess,” Jessica said. I’m sure Harry misses you.”

Matt looked at her. “You think I’ll be ready for The Big Ride?”

“I’m not a doctor,” Jessica said. “But if you stick with the routine, I think you’ve got a gambler’s chance. How does it feel?”

“Good. I don’t want you to be over confident. But, I think you should be proud of yourself. You done good, cowboy. How long do you have to decide?” Jessica said. “To do the Big Ride?”

“Right up to the last. I’m already entered. I can scratch the night of the rodeo if need be.”

“Okay, fine. Then you should just see how you feel. And only do it if you’re a hundred percent sure…” Matt suddenly stopped walking, pulled Jessica to him and kissed her. She was stunned as his lips pushed against hers, his strong hands on her elbows lifting her until she was on her tippy toes. She kissed back, moving her tongue in between his lips, closing her eyes and loving the feel of his scratchy beard against her pale cheeks. She felt her nipples harden, her heartbeat kick into overdrive. She put a hand on his chest and gently pushed back, though without much enthusiasm.

“Wait,” she said. She caught her breath, felt her swollen lips. “Don’t…”

“Don’t kiss me like that. You’re leaving. You’re going back to Wyoming.”

“Montana,” Matt corrected, and Jessica felt foolish: foolish and giddy and out of sorts. Had one kiss done that to her? she mused.

Robert Tate Miller was raised in the North Carolina mountain town of Hendersonville and began writing at an early age. He began his writing career with homespun essays of small town life that were published in such publications as Reader's Digest, The Christian Science Monitor and the Chicken Soup for the Soul book series. He moved to Los Angeles in the late 1980s and wrote hugely successful family-oriented telefilms for NBC, ABC Family and the Hallmark Channel. Robert lives in Northridge, CA.