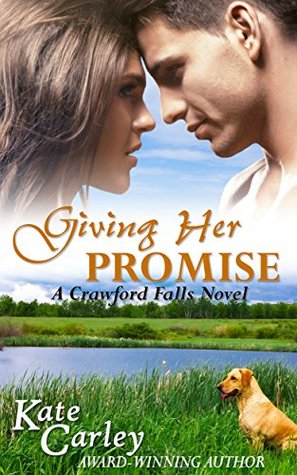 Who plans a two-week engagement?


It’s a valid question. But Claire Bronstad—a tenth-grade biology teacher and aspiring fiction author— doesn’t have time to analyze it. Her flight home to Crawford Falls is in a few hours, and there is no way she’s missing her brother’s wedding. Her roommate, Greyson Westcott, apparently isn’t feeling that same time crunch, announcing he’d like to take their platonic relationship to the next level. “I’ve been thinking it’s time we start exploring us.”

Exploring us? Is that code for sex?

Another solid question. One Greyson answers by stopping Claire’s heart with a passionate, toe-curling kiss. Oh, yes! Exploring the possibilities could be simply scrumptious.

But is having sex with her closest friend a good idea?

Not without jeopardizing their friendship, a risk Claire refuses to take. Reeling with uncertainty, she meets sexy groomsman, Jesse Morland, and after a night of slow dancing in each other’s arms, he has a question of his own:
“Come home with me tonight, Claire?”

As Claire’s feelings for Jesse blossom, she finds herself at odds with Greyson while their close friendship all but unravels, leaving her grasping at threads and questioning the true motivation behind his kiss, not to mention, the authenticity of their entire friendship.

Can Claire find all her answers in the picturesque river town of Crawford Falls?

In Giving her Promise (Crawford Falls #2) by Kate Carley, Claire Bronstad doesn't get home to Crawford Falls very often because she's never had a good relationship with her father. However, with her brother getting married she knows she has to go, even though it isn't going to be easy for her. Luckily, Jesse Morland is a good distraction. Yet, the more time she spends with Jesse, the more she finds herself wanting to stay in Crawford Falls. Will Jesse be able to convince Claire to take a chance on him or will they lose their shot at happy ever after because someone else wants Claire?

Having liked the first book of this series, I was eager to read more about the Bronstad family and I've got to say that Claire is a very interesting character. She's always felt on the outer of her family; the one that could never do anything right by her father and I could understand why she finds it hard to go home to Crawford Falls. How will the reception be from her family when she returns? Will she be welcomed with open arms?

The way this story started had me sympathizing with Claire, as it's not easy for her to be going home and she's lucky to have a good friend in her roommate, even though he's confusing her with his desire to make their friendship more. However, it was from the moment the hero and heroine come face-to-face for the first time where this story gets very interesting, as the hero is her brother's best friend, which means she's off limits. Luckily though, neither about to let such an obstacle stop them.

As for the dialogue, it was intense due to the main characters back stories, but enjoyable due to everything this couple go through on their journey to happy ever after including the fact that Claire hasn't had the easiest of times in her life and being home is a reminder of why she left. Is she selfish like her brother believes? Moreover, the heroine is strong, brave and I liked how she handled everything, especially since her father is ill and isn't the nicest person to her. However, there were moments when I thought the heroine was being a little selfish since I didn't believe her best friend had her best interests at heart like she thought he did. Why did she keep having such faith in her best friend? While the hero, he's confident and I liked how determined he is to win the heroine over, even though his best friend isn't happy about the pair being involved. I also liked the decisions Jesse makes when it comes to changing things up when it comes to his career because it's about time he followed his dreams. Yet, what I liked most of all about the hero is the way he doesn't let anything stand in his way of proving to the heroine that he's all in when it comes to their relationship, especially not when it comes to  the things his ex and the other person that wants the heroine do.

Overall, Ms. Carley has delivered a really good read in this book where family is important and bonds are strengthened, as hard truths are revealed and leave the heroine betrayed by someone she thought she could implicitly trust; the chemistry between this couple was intense and spilled over onto the pages in hot sex scenes; and the ending had me loving how the secondary characters were willing to help Claire fight for her relationship with Jesse. I would recommend Giving her Promise by Kate Carley, if you enjoy the brother's best friend trope or books by authors Jennifer Gracen, Sharla Lovelace, Heather Heyford and Dani Collins.