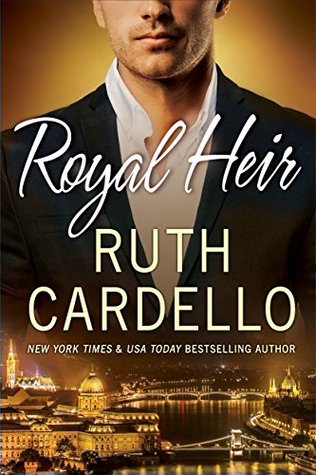 Rachelle Westerly needs a break. After years of acting as the family peacekeeper, she’s finally ready to take a step back. Her movie-star brother has offered her the perfect escape. But on the very first day of her vacation, she steps onto a red carpet and straight into the arms of a real-life prince—and the promise of just the kind of flash and fortune that tore her own family apart.
As the soon-to-be leader of Vandorra, Prince Magnus de Bartelebon always gets what he wants—and the regal bad boy wants the sweet American schoolteacher. Although he should be announcing his engagement of convenience to a neighboring princess, Rachelle is the one he desires in his bed and by his side.
While the drop-dead gorgeous Magnus might be almost everything she craves, Rachelle can’t help but think that falling for him would be a royal mistake. He may be ruling a kingdom one day, but she’s in charge of her heart. And he’ll have to win it with more than a lap of luxury—as inviting as it is.
BUY LINK:  Amazon

In Royal Heir (Westerly Billionaire #3) by Ruth Cardello, Rachelle Westerly has done everything she can to keep peace between her family after her parents split and she and her siblings were divided. However, enough is enough and she's finally managed to escape because she needs a break. Going to stay with her brother is the perfect vacation until she meets Prince Magnus de Bartelebon and her world is turned upside down because of the press. Will Magnus be able to find a way to win Rachelle over or will they go their separate way because she wants nothing to do with fame and fortune?

This was such a fantastic story where the main characters entertained me from start to finish; the dialogue was compelling and had me loving the banter between the hero and heroine, as the Prince does his best to charm the heroine but she doesn't impress easily; and the fast-paced plot drew me in immediately, as the heroine does need a break from her family and it's no wonder she wants to get away with the way her grandmother loves to interfere in everyone's lives. However, it was from the moment the hero and heroine meet where things get interesting, as the hero and heroine have strong chemistry, and yet, she's completely different to how women normally act around him.

As for the dialogue, it was intense due to the main characters back stories, as the heroine has had it tough playing peacekeeper with her family and it's hard to deal with them sometimes. However, she's strong and brave and I liked how she handles everything she goes through in this story. Certainly, she stands up to the hero and her grandmother and doesn't let them dictate her life, even though her grandmother is a stubborn and fearsome woman who thinks she knows what is best for everyone. I also liked how the hero and heroine help Rachelle's brother because he certainly needs it to get him to realize that life is precious and he shouldn't be wasting it away like he is. While the hero, he's confident, cocky and I liked how determined he was to win over the heroine. I also liked that he didn't allow his father to dictate what he does with his life, even though he wants the heroine and needs her co-operation, if he's to have any chance of getting her brother to do what he wants.

Overall, Ms. Cardello has delivered a really good read in this book where the chemistry between this couple was powerful; the romance shows their strong connection superbly; and the ending had me worried for one of the main characters, but had me delighted how things work out for the hero and heroine, as they're both so deserving of love and happiness in their lives. I would recommend Royal Heir by Ruth Cardello, if you enjoy the mysterious strangers trope, the enemy to lovers trope or books by authors Melody Anne, J.S Scott, Bella Andre and Melissa Foster.