REVIEW & GIVEAWAY: WHAT'S LEFT OF ME by KIMBERLY LEWIS 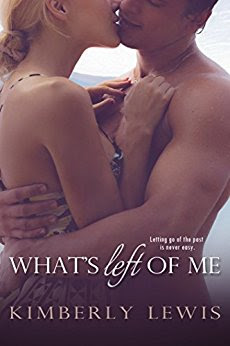 What’s Left of Me
By: Kimberly Lewis
Releasing October 4, 2016
Self-Published
+ Add to Goodreads

In What's Left of Me by Kimberly Lewis, Cole Sullivan couldn't handle being around Jenna and her family after the death of her brother, so he decided to leave town. Now years later, he's mostly managed to overcome his demons concerning the past, and is ready to face everyone, most especially Jenna. Will he finally get the chance he's longed for with her, or is there too much in the past for them to find any chance of happiness?

What a wonderful and emotionally-charged tale Ms. Lewis has penned, which encompasses the sister's best friend trope. Although this story started off a little slow, I found myself totally riveted to the characters and their dialogue once the hero was introduced. Cole has had a few tough years coming to terms with his friend's death, and the way he blames himself made me wonder if the only way he'd ever finally see the truth that he wasn't was with Jenna's help.

I really liked both the main characters. However, I can say with absolutely certainty that I was annoyed by Jenna's ex. He was a real jerk that didn't care about anyone else but himself. What Jenna ever saw in him had me stumped, because she was the total opposite. She was kind, caring, strong and courageous. She and Cole had a few difficult obstacles to overcome such as her ex who deserved a good butt-kicking; one that should have come from Jenna, Cole's guilt over her brother's death and Jenna's hesitancy to get involved with him because he's her best friends brother. Yet, it was palpable through the dialogue and the emotions and reactions of both the main characters -- which was intense and emotional -- that they were a couple meant to be. That there wasn't going to be anything that would keep them apart.

While Cole, he's had it tough and deserves a break for once. Jenna is good for him with how she helps him combat his nervousness of being back amongst friends and family after so long. Can Jenna help him finally overcome his demons? The answer to that question had me reading quickly, desperate to know how things would turn out for this hero and heroine. Especially after what happens with Jenna's ex; an ex that hates Cole because of what happened to her brother, which tore their friendship apart. Also, I liked the close relationship he shares with his sister, despite the fact that they haven't seen each other for quite a while. She's supportive of him, even when she's taken by surprise.

Overall, this was a really good book with a strong romance that had me cheering for this couple's happy ever after, especially since they had a few tough obstacles to overcome. The way this story ended with the epilogue was perfect. It illustrates that the good things outweigh the bad, and that no matter what the past has dealt someone that they can overcome it to have a bright future filled with love and happiness. I would recommend What's Left of Me by Kimberly Lewis, if you enjoy the sister's best friend trope, the friends to lovers trope or a story encompassing a couple that are meant to be.

BLURB:
Letting go of the past is never easy…
Jenna Olsen has spent the last four years trying to move on from the heartache that tore her world apart, but when Cole Sullivan suddenly shows up back in town all of those feelings come flooding back…and even some new ones she didn’t know were possible.
Leaving town all those years ago was necessary, but now that Cole finally has a handle on his life he decides to return home to his family, friends, and the woman he just can’t forget.
Coming back home though comes with its costs, and Cole ultimately has to decide…will he be able to fight his inner demons to keep Jenna in his life, or will the chance of hurting her again be too much to risk?
Buy Links:      Amazon | B&N | Kobo | iBooks | Audible

“I was just kidding,” Jenna tells me, her mouth inches away from my ear with the rest of her body curled around my back. “Come on, I’m too heavy for this. Put me down.”
I chuckle and readjust my grip on her thighs. “First of all, you’re far from too heavy. Hell, my gear weighed more than you do, and I carried that around in hundred-degree weather,” I joke. “Plus, I’m starving. And with the way you hike I think it’d be closer to tomorrow afternoon by the time we got back to the house instead of your original estimate.”
Her hand slaps against my chest. “Shut up.”
I chuckl again and make my way down the steep incline with Jenna perched on my back. And I know she was joking when she’d insisted I carry her. I’m not an idiot. But I’m also not stupid enough to pass up an opportunity to hold her in my arms and have those soft curves pressed into me—especially when it was her idea.
When we make it back to the house, I release her from my hands as she slides away from me. A disapproving groan bubbles in my chest from her sudden absence, and I fight hard to hold it back.
“I need a shower,” she says on a sigh as she makes her way up the deck stairs in front of me. Her ass is in perfect sightline with my eyes, and I’m drawn to the way her hips sway with each step. “You’re not going to fade away from famine if you have to wait for me to take one, are you?”
Sunlight filters through the treetops and bounces off of her golden hair and tan shoulders as she turns back to me. Her smile steals my breath, and there is no doubt in my mind that this will forever be one of those images burned in my brain. I’m staring, but I can’t help it, and—honestly?—I don’t care. I’ve missed seeing her pretty face and smile that warms me to the core … and her laugh, her personality, even that dorky dance move she does when she gets excited after winning at something. Hell, I’ve missed all of her. But she doesn’t know that, and she also doesn’t know how just the thought of her right before I fall to sleep usually keeps the nightmares at bay. 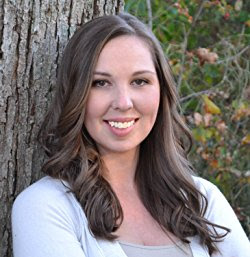 Bestselling author Kimberly Lewis writes sweet, sexy contemporary romances filled with heart and humor.
Born and raised on the Eastern Shore of Maryland, this country girl caught the creative bug at an early age, doing everything from drawing to writing short stories. After dabbling in many genres, Kimberly rediscovered her love of romance stories and soon after published her first novel.
Kimberly still lives on the good old Eastern Shore of Maryland with her wonderful husband, two beautiful children, and spirited Doberman Pinschers. Along with writing, Kimberly enjoys reading, horseback riding, and spending time with her amazing family.
Author Links:  Website | Facebook | Twitter | Goodreads