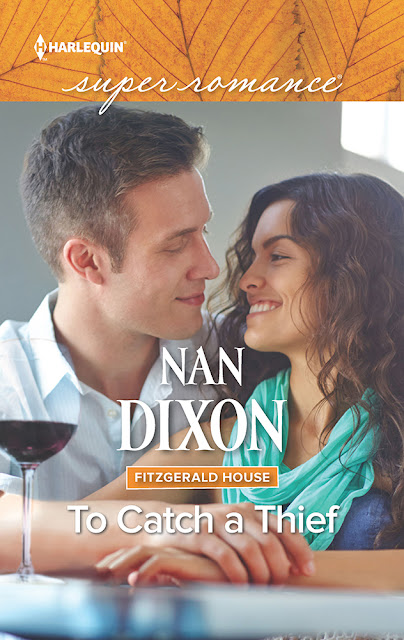 What would you do for your family?

When Carolina Castillo's once vivacious mother becomes ill, she gives up her singing dreams and comes home to Savannah. She'd do anything for her Mam+, even work at Fitzgerald House for the family she should have been part of. She'd even steal.
Carolina's decisions make perfect sense until she comes up against the immovable rock that is gorgeous FBI agent Sage Cornell. The honorable cop sees the world in black-and-white. He would never understand the difficult choices she's had to make, the secrets she's been forced to keep close. And he could never love a woman like her. Or could he?

In To Catch a Thief (Fitzgerald House #6) by Nan Dixon, Carolina Castillo will do anything for her mother, even if it means keeping her secrets. But when she learns of her mother's illness, Carolina returns home and finds herself applying for a job working for the family she's never met. However, keeping secrets is never a good thing, especially when she starts spending time with Sage Cornell, a man she could see herself very easily falling in love with. Will Sage be able to forgive her when the truth comes out, or will Carolina find herself going it alone again?

I've only read a couple of books in this series so far, but have enjoyed them immensely, and I've got to say that the heroine keeping her mother's secrets; her love for her mother that makes her do something illegal; and the truth coming out about what the heroine is hiding makes this story an attention-grabbing and entertaining read from start to finish. The way this story started had me liking the heroine immediately, as she has such talent and knows how to wow a crowd, which is proven further into this story. However, it was from the moment the hero and heroine come face-to-face for the first time in this story that had me smiling, as their chemistry is instantaneous and intense and I liked how the heroine helped him deal with his situation of being unable to do what he does best in his career as an FBI agent.

Both the main characters were fantastic and I loved their back stories, as the heroine is hiding something that could cause her to lose those that are becoming important to her and to lose the one thing that's helping her support her mother. Moreover, the heroine is resilient, loyal and I liked how determined she was to care for her ill mother, which isn't easy for her to deal with because her mother has been the only family she's ever known. I also liked how the heroine handles everything she goes through, especially emotionally because she doesn't set out to hurt anyone. Will the hero understand why she doesn't reveal her secret?

While the hero, he's hard-working; willing to do anything to live up to his family's code of honor, even if it means placing himself in danger; and I liked how determined he was to get himself back on his feet after what happens to him. I also liked how determined the hero was to win the heroine over, even though things go awry for them for a while and it's hard for him to handle secrets that come to light. Yet, what I liked most of all about the hero was the close relationship he has with his family and that they would be there for him whenever he needed them.

Overall, Ms. Dixon has delivered a wonderful read in this book where the end had me loving the hero's determination to make things right with the heroine, especially after how their relationship goes awry. However, it was the epilogue that wrapped this story up nicely because Carolina deserves to be as happy as she is after everything she's been through and I liked the surprise she had for the hero. I would recommend To Catch a Thief by Nan Dixon, if you enjoy the mysterious strangers trope or  books by authors Janie Crouch, Anna J. Stewart, Delores Fossen and Nicole Helm.

A woman with gorgeous black hair had her head down on her arms. Beyond her was a small bench. Sage passed behind her, not wanting to disturb her nap.

Shoving her chair back, she slammed it into him. He went down like a roped calf.

His head rang. Pain stabbed behind his eyes.

“Are you okay?” She snatched his hand, trying to pull him to his feet.

“Wait.” He would fall over or faint if he moved too soon. “Wait.”

She crouched next to him. “I didn’t mean to knock you down.”

He tried to get his feet under him but stumbled.

“Let me.” She supported his elbow.

He clawed his way to his feet and finally looked at the woman who’d knocked him down like he was a bowling pin.

She was beautiful. Her dark blue eyes looked almost black and her skin was a luscious golden-olive color. And her hair? Black, curly and long enough to play peekaboo with her breasts. He swiped at his chin to make sure he wasn’t drooling.

“I’m so sorry.” She led him to the chair she’d abandoned. “I wasn’t paying any attention.”

“I thought you were sleeping.” A shard of pain slammed into him. He grasped his head and couldn’t contain the groan.

“You hurt your head.” Her fingers explored his skull.

The bump she was going to find was old, but her touch was cool and soothing.

“Is this the spot?” she asked.

“Yeah, but you didn’t cause it.” He swallowed back the nausea that always accompanied his headaches. “I was hurt a—” he couldn’t remember how long ago he’d been hurt “—while ago. I get headaches.”

“So does my mother.” She kneaded his shoulders, working her fingers up the tendons of his neck. “Does this help?” 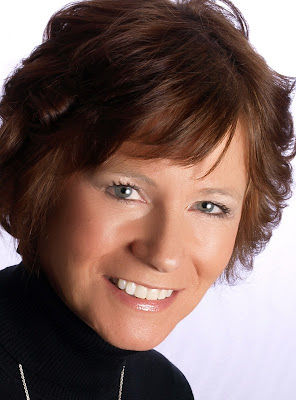 Award winning author Nan Dixon spent her formative years as an actress, singer, dancer and competitive golfer. But the need to eat had her studying accounting in college. Unfortunately, being a successful financial executive didn’t feed her passion to perform. When the pharmaceutical company she worked for was purchased, Nan got the chance of a lifetime—the opportunity to pursue a writing career.  She’s a five-time Golden Heart® finalist, lives in the Midwest and is active in her local RWA chapter and on the board of a dance company. She has five children, three sons-in-law, two granddaughters, one grandson and one neurotic cat.