REVIEW: FROM THE TOP by ROXANNE SMITH 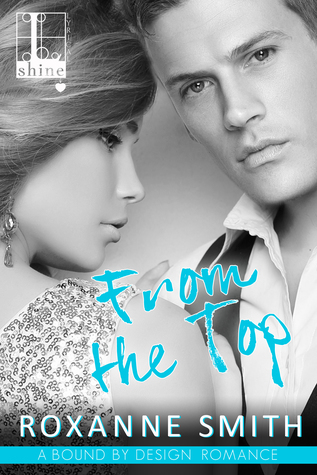 A labor of love…


Seraphina Fawkes is ready to make her mark on the Little Rock design industry as Gallagher Interiors’ new lead on Tanbee House—a coveted historic restoration project. But the job’s biggest perk might be her handsome boss, Grant Gallagher. Grant shares Seraphina’s straightforward, no-nonsense demeanor, so she’s surprised when he hires an old adversary who was suspected of involvement in a drug ring. Though Grant seems intent on giving him a chance, she’ll keep a close watch on anything that could jeopardize the project—or her growing partnership with Grant.
Getting what he wants—even at others’ expense—never used to be difficult for Grant, but sexy, stubborn Seraphina tests his resolve. Though deception is necessary to maintain his covert investigation into the crime syndicate plaguing the city, Grant knows that the longer he hides the truth, the more destructive it will be when revealed. Will Seraphina still trust Grant, and their intense connection, after she finds out their foundation is built on secrets?

In From the Top (Bound by Design #3) by Roxanne Smith, being awarded the chance to lead the Tanbee House -- a coveted historic restoration project -- is just what Seraphina needs to prove how good she is when it comes to designing. However, soon after being awarded the job, she finds herself becoming involved in a drug ring operation where she's the one tasked to find as much as she can to take down the bad guys once and for all. Yet, she doesn't know who she can trust, and when she discovers the man she likes is keeping things from her, will she walk away from Grant for good or will he convince her to take a chance on him?

The first two books of this series were really enjoyable, but I've got to say that it took me a while to warm up to this story, which is the reason I could only give it three stars. However in saying that, I did like the way this story started, as Seraphina isn't afraid to stand up to her boss because she believes in her work. Yet, I found the direction the investigation took and the secrets the secondary characters were making Seraphina and Grant keep was hard to handle, as the main characters could have helped each other out a lot. Would Seraphina really not have a good poker face if she knew the truth about Grant?

As for the dialogue, it was intense due to the main characters back stories, the direction the investigation takes and the danger the heroine faces as she helps to find the evidence they need to finally convict someone that keeps escaping punishment for the crime they're committing. Moreover, the heroine was resilient and courageous with everything she does for the investigation. She's also persistent and determined to find answers, which she has to do alone because she can't trust anyone. While the hero, he's done well for himself and I liked how determined he was to protect the heroine, even though it isn't easy for him because he can't break his word when it comes to his arrangement with the FBI.

Overall, Ms. Smith has penned a read that I did like and where the chemistry between this couple was intense; and the ending had me worried for the main characters, but had me liking how determined the hero was to win the heroine's heart. However, in saying that, I wasn't all that fussed on the secondary characters in this story, as Oliver the male FBI agent and the hero from the previous book in the series felt a little obsessed when it came to getting proof and making Seraphina his go-to woman to help because no-one would be threatened by her investigating. Will she find what he's looking for? I would recommend From the Top by Roxanne Smith, if you enjoy stories that have a good combination of suspense and hot romance; or books by authors Rachel Lacey, Jennifer Faye, Jessica Jayne and Debbie Mason.