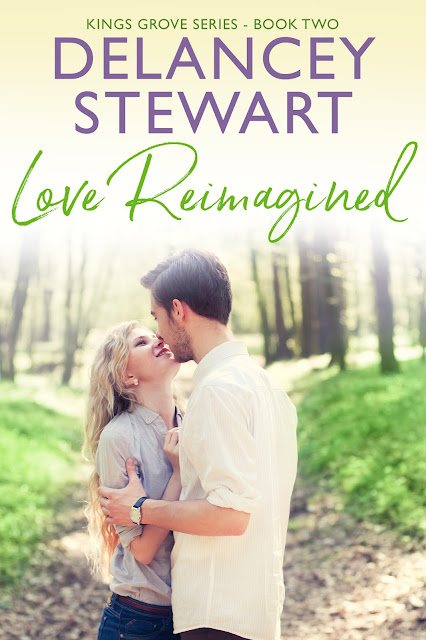 
Sometimes finding the future you want means embracing the past…

Sam and Chance Palmer are both tall and dark, and look pretty damned good with a hammer hanging their tool belt as they run their construction business in the small mountain town of Kings Grove. But when it comes to the hottest eligible bachelors in town, Miranda George only has eyes for one of them. Chance—the one who won’t even look her way unless it’s because she’s just spilled something on him or tripped directly into his path.

And while Miranda George has always had the hots for Chance Palmer, Sam has spent years trying to ignore his feelings for her. The problem is that they’ve known each other much too long, and Sam can’t seem to repress his A-hole gene when she’s around. He’s given Miranda every reason to hate him, so why would he ever hope she might love him instead?

When a backcountry wildfire threatens everything and everyone they both love, will Miranda and Sam be able to look beyond their complicated past and see a future that might bring them together?

In Love Reimagined (Kings Grove #2) by Delancey Stewart, Miranda George has had a thing for Chance Palmer for a long time, but it seems he doesn't have any clue how she feels. Then there's his brother Sam who is always teasing her and has given her every reason to hate him, but still, Miranda can't seem to stay away from him especially now that they work together. Will Miranda finally see that Sam is the one she wants, or will her past demons keep her from giving him a chance?

Getting to read two Kings Grove novels back to back was fantastic and having been introduced to both Sam and Miranda in the first book and the heroine's infatuation with the hero's brother had me looking forward to reading this story. Since Miranda is quite the shy type and doesn't know the first thing about getting the man she wants. Will she find a way to be the man she wants? The way this story started had me feeling sorry for the heroine, as her mom needs to find a way to chill and stop obsessing over things that happened in the past. Why can't her mother get over what happened?

As for the dialogue, it was entertaining due to the main characters back stories and their shared past that makes Miranda think that Sam is only around to humiliate her when in truth it's the total opposite. He'd do anything for her. Will he be able to prove that he's the better man? Moreover, the heroine is hard-working, resilient, and I liked how determined she was to get her man, even though her efforts prove futile. I also liked her interactions with Sam because it's palpable there's plenty of chemistry between them. How can she just ignore the kind of chemistry they have simply because of things that happened in the past that she blames him for? Will Sam be able to win Miranda over? While the hero, he's charming, confident and I liked how determined he was to win Miranda over, even though it isn't easy because she isn't willing to talk about things that have gone on between them in the past. I also liked how close he is with his brother and that they would do anything to help the townspeople, especially with the crisis that's happening in Kings Grove that had me sad for the brothers because of what they lose.

Overall, Ms. Stewart has delivered another fantastic read for this series where the chemistry between this couple was intense and the ending had me worried for one of the main characters because of what's happening in Kings Grove, but had me loving how things work out for this couple, as they're meant to be together. I also liked the surprise the hero had for the heroine in the end and the eagerness of the heroine to give the hero the answer he wants. I would recommend Love Reimagined by Delancey Stewart, if you enjoy the enemy to lovers trope or books by authors Susan Mallery, Jamie Beck, Melody Grace and Julie James. 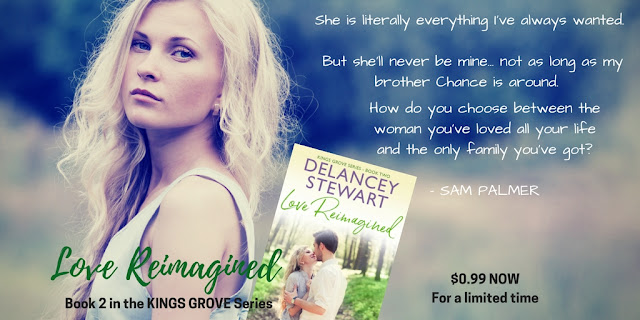 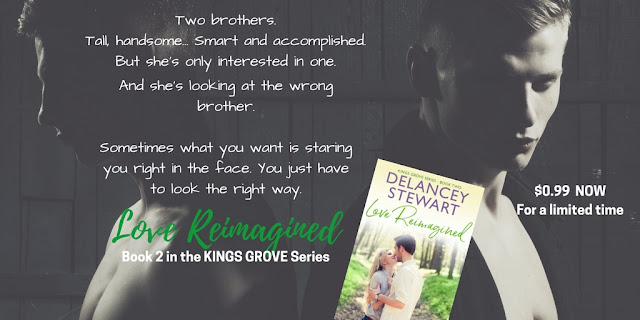 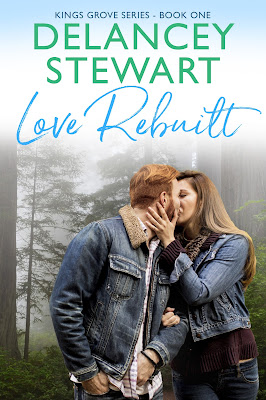