REVIEW: BEYOND DANGER by KAT MARTIN 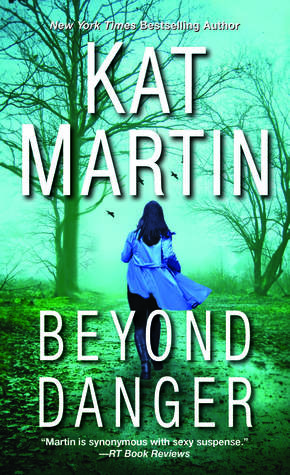 New York Times bestselling author Kat Martin brings page-turning suspense to a tale of secrets and passions turned deadly . . .  Texas mogul Beau Reese is furious. All six feet three obscenely wealthy, good-looking inches of him. His sixty-year-old father, Stewart, a former state senator no less, has impregnated a teenager. Barely able to contain his anger, Beau is in for another surprise. It appears that Stewart has moved an entirely different woman into the house . . .   Beau assumes that stunning Cassidy Jones is his father’s mistress. At least she’s of age. But those concerns take a sudden backseat when he finds Stewart in a pool of blood on the floor of his study—and Cassidy walks in to find Beau with his hand on the murder weapon.   The shocks just keep coming. Someone was following Stewart, and Cassidy is the detective hired to find out who and why. Now she’ll have to find his killer instead. Her gut tells her it wasn’t Beau. And Beau’s instincts tell him it wasn’t Cassidy. Determined to track down the truth, they form an uneasy alliance—one that will bring them closer to each other—closer to danger and beyond . . .

In Beyond Danger (Texas Trilogy #2) by Kat Martin, Beau Reese is determined to clean up his father's mess after he gets a barely legal-aged woman pregnant. However, when he discovers his father murdered, Beau is determined to discover who killed him and with PI Cassidy Jones on his side, he's hoping he'll have a chance. Yet, the closer they get to the truth, the more dangerous things get for the pair. Will Cassidy and Beau be able to outsmart the bad guys to achieve their happy ever after, or will their determination to discover the truth be all for nothing?

What a wild and thrilling ride Ms. Martin takes readers on in this second book of her Texas Trilogy series, which was filled with plenty of suspense; a good dose of romance; captivating characters; and riveting dialogue that had me on the edge-of-my-seat at times, as the hero and heroine face off against those the bad guys send after them and do everything they can to discover the information they want to catch the killer of the hero's father. Will the pair be able to uncover the information they want before anything too bad happens?

The way this story started had me liking the hero immediately, as he would do anything to help people and I loved what he was willing to do for a teenage girl that needed him. However, it was from the moment the hero and heroine come face-to-face for the first time that had me smiling because of the hero's wrong assumption and how insulting it is to the heroine. Will the heroine be able to forgive Beau for what he says? Will she be able to work with someone to get to the truth when he's such a jerk? Moreover, the heroine is resourceful, persistent and I liked how much of a challenge she poses for the hero. While the hero, he's confident, loyal and I liked how determined he was to find the person responsible for murdering his father, even though they don't have the best relationship. I also liked how protective he was of the heroine because he understands her need to see justice served. His father was her client and she needed to see the case through to the end.

Overall, Ms. Martin has delivered another enthralling and entertaining read for this series where the chemistry between this couple was intense, the romance was wonderful; and the ending had me worried for the hero and heroine because of the danger to their lives, but I loved how this story ended for this pair because they need each other. I would recommend Beyond Danger by Kat Martin, if you enjoy romantic suspense, the mysterious strangers trope, the enemy to lovers trope or books by authors Karen Rose, Katie Reus, Jannine Gallant and Rita Herron.