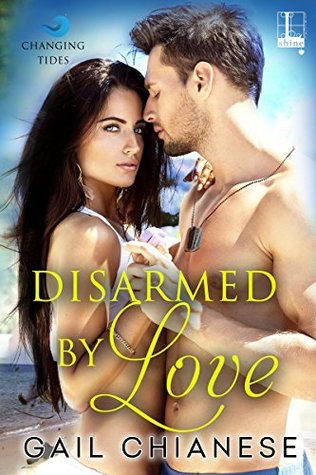 A Navy man with a damaged past. A beautiful woman enlisted to help him. Falling in love is the healing they both need. But it comes with a risk neither expected . . .
When Fiona Sinclair’s reckless ex-husband piles on the anxiety, the resilient single mom has the perfect outlet: her days spent whipping Navy men into shape through yoga, meditation, and—as one of her new students puts it—“all that New Age crap.”   For seventeen years, Lieutenant Dante Torres disarmed explosives. Stress level: over the top. Then one wrong move scrambled his brain. But nothing compares to dealing with a no-nonsense pint-sized fireball like Fiona. He has to admit, she’s working wonders. In more ways than one. As things warm between them, Dante even discovers he can be of help to her: by becoming best buddy to her troubled young son.   But when the boy’s father pushes for custody, everything Fiona’s worked so hard for is thrown into jeopardy, including her relationship with Dante. Now it’s going to take all her resolve to fight back—for herself, her son, and the man she loves.

In Disarmed by Love (Changing Tides #3) by Gail Chianese, Lieutenant Dante Torres excelled at disarming explosives in his Navy career until the moment when one wrong move cost him. Now struggling to get back to the career he loves, he works as hard as he can, even if it means enduring Fiona Sinclair's yoga and meditation classes. However, helping her troubled young son is the biggest challenge he's ever faced and he will do anything to make the kid's life better. But when Fiona's ex begins to cause problems, will he stand by her or will he walk away because he may be the reason her ex wants custody of their child?

This is only the second book I've read by Ms. Chianese, but it's a captivating read that I absolutely loved from start to finish because of the bond the hero shares with the heroine's troubled son that proves he's a better man than the kid's father; and dialogue that was compelling and had me loving this couple's growing relationship, as Dante has quite a challenge on his hands to win the heroine over, especially after everything she's been through with her ex that should put her off men. However, it was from the moment the hero and heroine met where this story really gets interesting, as there's plenty of chemistry between the pair, and the heroine isn't afraid to get a little feisty and flirty after their little incident.

As for the dialogue, it was a wonderful combination of intense moments due to the main characters back stories and teasing banter that had me loving this couple together, as Dante and Fiona get to know each other. Moreover, the main characters have very interesting back stories, which had me sympathizing with them both, as the heroine's ex is a real piece of work that isn't much of a father to his son. It seems he's always criticizing Fiona or her son's actions and it was about time the heroine stood up to the her ex. While Dante is going through a tough time because of what happened to him, but I liked his determination to get back to being fully fit. Will he ever fully recover? I also liked the hero's determination to win the heroine over, because not only is he good for her, but he's also a good influence on her son no matter what her ex-husband believes. Yet, what I liked most of all was how altruistic the hero was and that he would do anything to make her custody battle easier. Will his sacrifice work? Will he be able to win the heroine back when their relationship goes awry?

Overall, Ms. Chianese has delivered a fantastic read in this book where the ending had me loving the way the heroine finally stands up for herself against her ex and also had me enjoying what the hero does to win back the heroine. Then again, there's more than just Fiona he has to make things right with.  Luckily, the heroine's son is a big fan of Dante's. I would recommend Disarmed by Love by Gail Chianese, if you enjoy the opposites attract trope, the friends to lovers trope, or books by authors Roxanne St. Claire, Melanie Shawn, Julia London and Jeannie Moon.