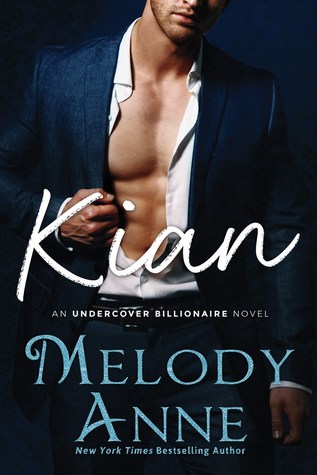 New York Times bestselling author Melody Anne’s sizzling novel of ex-lovers locked again in a game of hearts.
There was a time when surgeon Kian Forbes would have surrendered every cent of his vast family fortune if it could make Roxie Gilbert happy. That was before she skipped town, broke his heart, and sent him spinning through a string of forgettable one-night stands. He never even knew he’d fathered a child—with Roxie’s sister, no less. But in the wake of tragedy, little Lily needs a home. And Kian wants his daughter. But Roxie’s not giving in or giving up without a fight.
Fearful of her intense feelings for Kian, Roxie ran. Now that her sister’s death has brought her home, she intends to take custody of her niece and avoid Kian—easier said than done on both counts. With their wealth and power, the Forbes men are accustomed to winning. And as she and Kian are forced to spend time together for Lily’s sake, saying no to everything he wants proves impossible…even though it means risking both their hearts all over again.
BUY LINK: Amazon

In Kian (Undercover Billionaires #1) by Melody Anne, learning he has a daughter with the sister of the only woman he's ever loved isn't easy to accept, especially after losing the child's mother the way he does. Now though, he has a second chance to be with Roxie Gilbert and he isn't about to let anything stand in his way. However, Roxie's stubborn and once he learns why she ran from their relationship the last time, will he be able to convince her to take another chance on him, or will they lose their second chance at happy ever after?

This was a very interesting and riveting second chance romance where although it was hard to like the heroine in the beginning because of the way she treats the hero, I found the more this story progressed and I discovered why she ran from her relationship with the hero in the past, I began to really like her. She wants to be an independent woman and doesn't think she can be that in a relationship where she's so in love with a man that she loses herself. Will she realize that loving Kian doesn't mean she still can't be independent?

As for the dialogue, I loved the hero's determination to do what's right for his daughter because the little girl needs Roxie in her life just as much as she needs him. I also liked how welcoming the hero's family was to Roxie, even after what she did to him years ago when she left. Yet, what I liked most of all about the hero was the bond he quickly formed with his daughter and that he would do anything for her, even if it meant doing things Roxie's way although that wasn't easy.

Overall, Ms. Anne has delivered a wonderful read in this book where the chemistry between this couple was strong; the romance nicely-detailed; and the ending had me loving the heroine's bravery when it comes to finally realizing that she can't live without Kian. However, it was the epilogue that wrapped this story up nicely because this couple are so good together and deserve the love and happiness they've found again. I would recommend Kian by Melody Anne, if you enjoy the second chance romance trope, the matchmakers trope, or books by authors Jill Sanders, Ruth Cardello, Amy Brent and Tamra Baumann.