REVIEW: THE FIGHTER by REINA TORRES 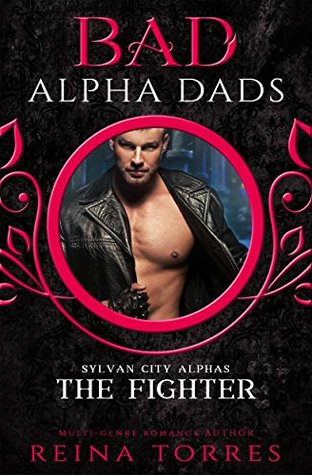 The first rule about owning a fight club is it’s no place for kids. Even shifters.


Cage Gamble, a Jaguar Shifter in Sylvan City, owns the first licensed ‘fight club’ where men and shifters could fight in the ring or the cage. It was a good life, some work and a lot of play, until he was called to England to take custody of his best friend’s daughter. Her father’s sudden passing left her in Cage’s care. He could handle a berserk bear shifter or a gorilla full of rage with one hand, but a moody teenage lioness? Not so much.


Just when he was nearly ready to string himself up from the nearest light post and jump, his old commanding officer throws him a lifeline.


Maggie Fordice, the Colonel’s once rebellious daughter, is all grown up and moving home to Sylvan City. On paper she was just what he needed, a teen-whisperer. But up close and very personal, she was also what he didn’t need. Whip smart and voluptuous, she was a woman who could send him up in flames with a look or a wiggle.


Maggie was ready to light a match and burn his resistance to the ground, even when helping him brought danger to her doorstep. Was Cage going to fight what he felt for the fiery woman who lived across the street? Or was he going to fight for what they could have… everything?

In The Fighter (Sylvan City Alphas #3) by Reina Torres, Cage Gamble doesn't know what to do for Frannie, the teenage girl that's recently come into his life after her parents died, but when he discovers there's someone that can help him he's grateful, especially when it brings Maggie Fordice into his life. She's his mate and there's nothing he won't do to win her over. However, with trouble brewing and the danger closing in, will Cage be able to protect the two people that matter most to him, or will he and Maggie lose their shot at happy ever after?

Ms. Torres always delivers a wonderful read, and this third book of her Sylvan City Alphas series was very entertaining, fast-paced and I loved every moment between Cage and Maggie, as Cage knows Maggie is his mate and it's hard waiting for the heroine to give him what he wants most -- the chance to give her his mark. However, it was from the moment the hero and heroine come face-to-face for the first time that had me absolutely loving this story, as Maggie doesn't know what to think of Cage's behaviour. Will the truth come out right away?

As for the dialogue, it was intense due to the main characters back stories, especially that of the heroine, because she was once a wild child herself and if anyone knows what Frannie is going through it's her. Will she be able to help the teenage girl adjust to her new life? Moreover, the heroine is kind and caring when it comes to being what Frannie needs in a friend, and I liked how she took the young girl under her wing. I also liked how protective the heroine was of Frannie, which is proven by what she does for the young girl when trouble comes that could take Frannie away from Cage's life. While the hero, he's confident, persistent and I loved how protective he was of Frannie, even though he doesn't have a clue how to get through to her at first. Frannie's acting out is worrisome and I could understand why everyone thinks he needs Maggie's help. Will Frannie accept people helping her after everything she's been through? They're all strangers to her and why would strangers want to help her when her extended family wouldn't?

Overall, Ms. Torres has delivered another really good paranormal in this book where the chemistry between this couple was powerful; the romance full of heat and passion and shows how good these two are together; and the ending had me worried for the main characters and Frannie because of the danger, but had me liking how far the hero was willing to go for the heroine and Frannie. However, it was how things worked out for this couple that wrapped this story up perfectly, especially with the surprise the hero and the secondary characters had for the heroine in order to make sure Maggie was Cage's forever. I would recommend The Fighter by Reina Torres, if you enjoy paranormal romance or books by authors Celia Kyle, Milly Taiden, Mina Carter and Ophelia Bell.