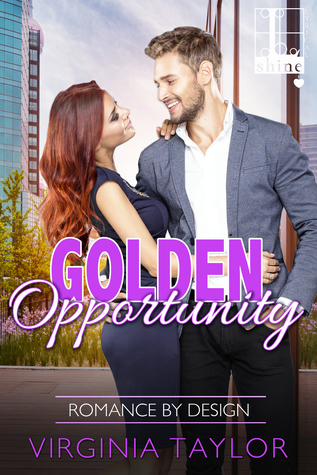 They grew up together yet worlds apart. But a wealthy young man and a classy young woman find that some bonds can’t be broken . . .The only thing Marigold Reynolds and billionaire Hagen Allbrook ever had in common was their attraction. Marigold made sure that never went anywhere by cutting ties with him six years ago. Now, however, she needs a job—and Hagen’s design assistant desperately needs someone to fill in for her at his family’s construction firm. Trusting that time has dimmed the electricity between them, Marigold accepts. But as she undertakes his challenging renovation of her own ancestors’ home, it’s soon clear she’s mistaken.A year after his wife’s death, Hagen is coming to terms with the past. He’s as drawn to Marigold as ever, but as they finally cross long-held boundaries, a misunderstanding, and Marigold’s belief that she can never measure up to his perfect wife, threatens to tear them apart once more. Hagen’s only chance of winning her back is to reveal the truth about his marriage. And perhaps then Marigold will reveal a heartfelt secret of her own...

In Golden Opportunity (Romance by Design #3) by Virginia Taylor, Hagen Allbrook has always considered Marigold Reynolds the one that got away. However, now he has another chance to finally prove how good they could be together when they start working together after she takes over his sister's role in his family's company for three months. Yet, the closer they get, the more personal things get and Hagen finds himself revealing the truth behind his marriage. Will Marigold put her trust in Hagen, or are her own secrets too much of a reminder that giving her heart to someone isn't safe?

The cover of this book is so eye-catching, but it's not the only reason I wanted to read this book. Really, I have loved this series from the very first book and have been looking forward to reading more about the Allbrook family after Hagen's sister Calliope was introduced in the previous book and I've got to say that this story is another wonderful addition to the series. Since Marigold and Hagen have quite a history,have nothing in common which makes them complete opposites, and yet, they seem so right together whenever they're in each other's company.

As for the way this story started, it had me hooked because Hagen doesn't seem all that keen to be working with Marigold, but I liked that the heroine isn't going to let him ignore her. However, in saying that, I loved how this story progressed, especially from the moment the hero realizes how much the heroine means to him and has always meant to him. I also liked learning all about the hero's past and what happened with his late wife that has him feeling so much guilt. Yet, what I liked most of all about the hero was his determination to win the heroine over, as she means a lot to him and this time he's not going to give up because he wants her in his life. While the heroine, I could understand why she doesn't have a lot of faith in men, but why couldn't she put her trust in Hagen, especially in the moment when she learns something about his past that she misinterprets. I also liked how loyal and hard-working she is, because not just anyone could step into Hagen's sister's shoes and be able to pull off what Marigold does.

Overall, Ms. Taylor has delivered another fantastic read for this series where the chemistry between this couple was and strong; the romance delightful; and the ending had me glad these two worked through their issues to be together, especially after all the effort the secondary characters went to in playing matchmaker. I would recommend Golden Opportunity by Virginia Taylor, if you enjoy the opposites attract trope or books, sister's friend trope, or books by authors Melinda Di Lorenzo, Stacy Finz, Susan Fox and Terri Osburn.