Enter to Win a Signed Print copy of Inconceivable! 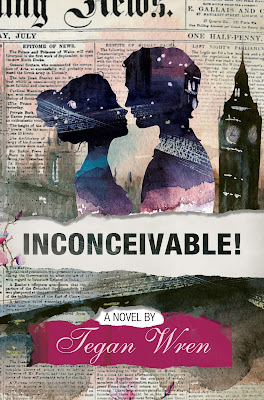 When Ozarks native Hatty goes “whole hog” during karaoke, she catches the eye of Prince John. He isn’t what she expects the heir to a small European nation to be: he's affable, witty, and isn’t put off by her tell-it-like-it-is demeanor. Their flirtation should be short lived, but a force stronger than fate—Hatty’s newspaper editor—assigns her to cover the royals. After spending time together, she and John soon begin dating, and Hatty finds herself making headlines instead of writing them.
But challenges loom that are even more complicated than figuring out how to mesh Hatty's journalism career with life at Belvoir Palace. Hatty and John soon find themselves embroiled in an unusual sex scandal: they can't produce an heir. Tabloids dub Hatty a “Barren-ess,” and the royals become irate. Hatty politely tells them to shove it. But beneath her confident exterior, she struggles to cope with a heartbreak that invades her most intimate moments with John. Pressured to choose between invasive medical procedures and abandoning John’s claim to the throne, the couple feels trapped until a trip to Ethiopia shows them happy endings sometimes arrive long after saying “I do.”

He leaned closer and sang softly. I recognized the opening lyrics to Journey’s “Don’t Stop Believin’.” His singing voice was soulful and sexy, and something deep inside me responded, making my heart beat a little faster.
He stopped and looked me in the eyes. “That song’s about someone who’s alone. But that’s not you. You’re too lovely to be lonely.”
A nervous laugh escaped my lips. “Are you kidding? Aren’t we sitting in a sanctuary for the lonely?”
“I don’t feel lonely right now.”
“Me either.” I blew into my mug, then took a sip. “Have you had one of these?”
“I don’t think so. What is it?”
“It’s called a chocolate kiss. It’s peppermint schnapps and hot cocoa.”
He reached over and picked up the steaming mug. His movement conveyed authority while his neat fingernails screamed uppity. They looked better than mine, damn it. After taking a long pull from the cup, he handed it back. Our fingers brushed together, sending a flash of heat through my body.
“Thanks for sharing a kiss with me,” he said, reaching over and lifting my chin.
Our eyes met, and I couldn’t tear myself away from his gaze. Yowza. Was he going to kiss me? Did I want him to?
“You guys know each other?”
I flinched at Plato’s words―I hadn’t seen him coming toward us―and pulled back. I sloshed a healthy dollop of my drink onto Farmer Joe’s pants. We both reached for the stack of napkins, but I got there first.
“Sorry. Here, let me,” I sputtered, dabbing at the wet patch.
I blotted along his pants, and my hand moved a little too close to the inside of his leg. A burning sensation rose up behind my ears. “Umm. I’ll just let you do it.”
I dropped the wad of damp napkins onto his open palm. Glancing at his face, I saw a half smile. I closed my eyes and touched my forehead, gently rubbing the area above my eyebrows as I always did when embarrassment overwhelmed me. 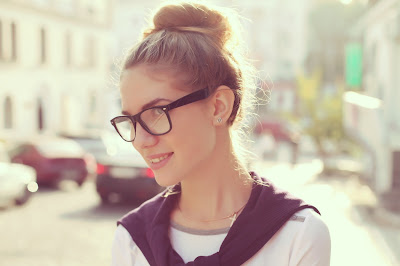 ABOUT THE AUTHOR:
The best compliment Tegan Wren ever received came from her sixth grade teacher: “You always have a book in your hand!”

Guided by her love of the creative process, Tegan grew up acting in theatre productions and writing poetry, short stories, and plays. She turned her eye to writing about real life when she worked as a journalist, producing reports for various radio and television stations in medium and large markets in the Midwest and also filing some stories for a major national news network. Wren has both a Bachelor’s of Journalism and a Master of Arts in Communications. After completing her graduate degree, Tegan had the opportunity to teach journalism courses at a major state university. She absolutely loved training the next generation of journalists.

Tegan’s thankful that she’s had the opportunity to travel overseas, and uses those adventures to inform her writing. She also draws inspiration from her own struggles, joys, and other life experiences. Tegan and her husband, Patrick, experienced infertility for five years before becoming parents through adoption. Because she understands the financial stress of the infertility journey, Tegan is donating half the royalties from her book to Baby Quest Foundation. This charity awards grants to people all over the U.S. for fertility treatments. Tegan is thrilled to use her story to help other people find their happily ever after.