Enter to Win a Signed Paperback of Waste of Worth & Swag 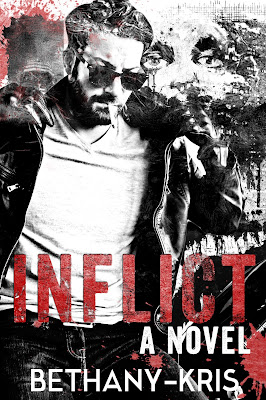 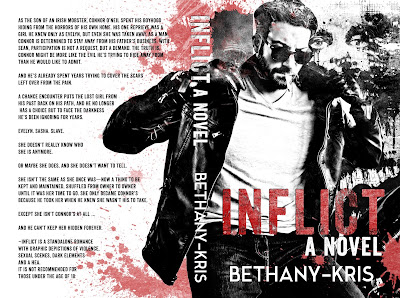 Inflict
By: Bethany-Kris
Releasing April 3rd, 2017
Self-Published
+ Add to Goodreads
BLURB:
As the son of an Irish mobster, Connor O’Neil spent his boyhood hiding from the horrors of his own home. His one reprieve was a girl he knew only as Evelyn, but even she was taken away. As a man, Connor is determined to stay away from his father’s business. With Sean, participation is not a request, but a demand. The truth is, Connor might be more like the evil he’s trying to hide away from than he would like to admit.
And he’s already spent years trying to cover the scars left over from the pain.
A chance encounter puts the lost girl from his past back on his path, and he no longer has a choice but to face the darkness he’s been ignoring for years.
Evelyn. Sasha. Slave.
She doesn’t really know who she is anymore.
Or maybe she does, and she doesn’t want to tell.
She isn’t the same as she once was—now a thing to be kept and maintained, shuffled from owner to owner until it was her time to go. She only became Connor’s because he took her when he knew she wasn’t his to take.
Except she isn’t Connor’s at all …
And he can’t keep her hidden forever.
~Inflict is a Standalone Romance with graphic depictions of violence, sexual scenes, dark elements and a HEA. It is not recommended for those under the age of 18.
BUY LINKS for AMAZON:  US / UK / CA / AUS 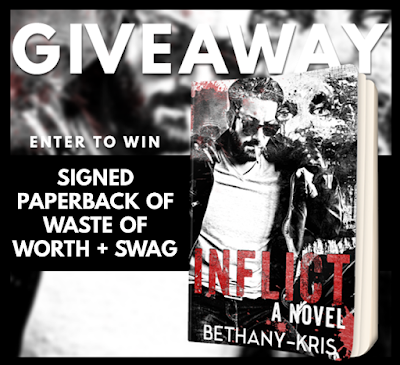 
ABOUT BETHANY-KRIS
Bethany-Kris is a Canadian author, lover of much, and mother to three very young sons, one cat, and two dogs. A small town in Eastern Canada where she was born and raised is where she has always called home. With her boys under her feet, a snuggling cat, barking dogs, and a spouse calling over his shoulder, she is nearly always writing something ... when she can find the time. 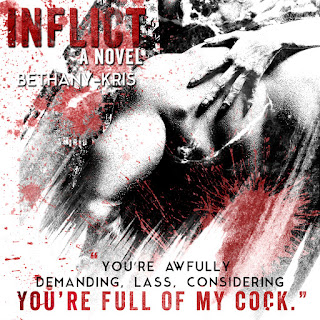 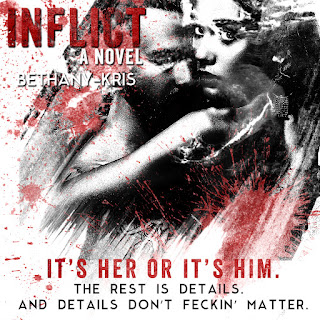