REVIEW & GIVEAWAY: BEAUTY AND THE BULL RIDER by VICTORIA VANE

Enter to Win a Texas West Wallet and Handbag Set 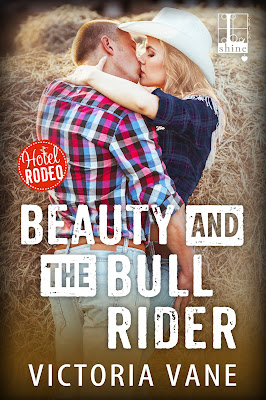 BLURB:
When Beauty Wants A Baby Championship bull breeder and former Texas beauty queen Delaney McCall was having a heck of a time finding a daddy for the baby she craved. A failed marriage left her with no desire for another husband, but finding the right stud to satisfy her needs presents a bigger problem that she could have imagined.
And The Bullrider Wants Beauty After hanging up his spurs, bull rider Zac McDaniel wants nothing more than to fulfill Delaney's dream of having a family. After all, his best friend's ex has been his fantasy for years. Zac, however, has no desire to be seen as just a means to an end. And when Zac insists on doing things the "old fashioned" way, their passion explodes like a bull out of the chute…
Some Bucking Is Bound To Happen While insisting it's all just a passing fancy, the more Delaney sees the softer side of the rough and tumble cowboy, the harder it is to keep her emotions corralled. Zac, meanwhile, is more determined than ever to prove he's what she really needs, and will do whatever it takes to tear down the mile high fence around her heart…
Buy Links:  Amazon | B & N | Google Play | iTunes | Kobo

Zac choked on his drink. “What the fuck did you say?”


“You heard me right.”
His chest tightened. “Are you saying she wants to get back together?”

“Hell no!” Ty laughed. “She wants a kid but doesn’t want another husband. It’s that whole bio-clock thing that seems to have pushed her over the edge. She even tried to bribe me with an interest-free loan in lieu of a stud fee.”

Was she still carrying a torch for Ty? There was that worm again. Zac’s gut twisted at the thought of Ty and Delaney together. “Why the hell would she do that?”

“’Cause she’s out of her ever-lovin’ mind. Gotta be one of those hormonal things.”

“You gonna oblige her?” Zac asked, keeping his voice slow and his gaze on his empty glass.

“Shit no! If I ever father a kid, I’m gonna be there to raise him up right.”

“There’s gotta be plenty of other men who’d be happy to help her out. Hell, they’d probably line up for miles.” And I’d be the first to buy a ticket.

Zac signaled Gabby for another drink.
Ty gave a dry laugh. “Delaney might be a lot of things, but easy ain’t one of ’em.’ ” He sat back, appraising Zac. “You did better than me in school. What’s your IQ?”

“Beats mine by at least five.” He was still regarding Zac as if he were a bull on the auction blocK."

“What the hell are you looking at?” Zac snapped.
“You, Zac. Just wondering what kinda breeder you’d be. She says she wants above-average IQ, tall, and athletic. Seems to me you got that part in spades. I’m just wondering if it’ll offset your lack of looks and nonexistent sense of humor.”
“Fuck you, Ty.” Zac snatched up the glass Gabby slid in front of him.
“I’m serious. You need money. Maybe you should volunteer?”

Zac met his gaze. “And what if I decided to do just that?”

“Hell, Zac,” Ty laughed. “I’d consider it a personal favor. I’d even buy your damned ticket to Oklahoma. Come to think on it . . . how’s that hand?”
Zac set down his drink and held it up. His fingers were purple and sausage-like. “Fucked up, but I don’t think anything’s broken. Why?”

“It’s not Delaney’s place I’m talking about. It’s Tom’s. Or rather, mine now.”

“Yours? So Tom left you the Circle B? What are you looking to do with the place?” Zac asked, trying not to betray his intense interest. Ty had not only offered him a new start doing what he knew best, he’d also given him a second chance with Delaney.

“I want to expand the operation and get back to where I started.”

“Contracting, Ty? Thought you moved out here to get out of it.”

“I did, initially,” Ty said, “but things have changed. My plans have changed. If things work out for this hotel as I hope they do, I’m going to need bucking stock. I figure some of ’em might as well be mine.”

“What about ol’ Bart? Doesn’t he run the place?”

“He’s ’bout ready to retire. I’d be happy to leave him in charge of the beef operation, but I need someone who knows how to handle a rank bull. If you’re ready to hang up your bull spurs, the job’s yours.”

“I’d like more than just a paycheck, Ty. I’m thinking about my future too, and right now it ain’t lookin’ so bright. My place needs too much work. It’ll take every cent I just won just to get it back in operational shape. If you’re looking to contract again, I’d be willing to sell out and invest as your partner.”

“You would?” Ty asked with surprise.

“Damn straight. Bulls are what I love, Ty, but at this stage in the game, I’d be content to flank instead of ride."
“Hell, Zac. I don’t know what to say. I’d be honored to take you on as a partner.”

Zac’s eyes held Ty’s as he slowly drained his whiskey. Setting the shot glass down, he offered his hand with a smile. “I think you just made me an offer I can’t refuse.” 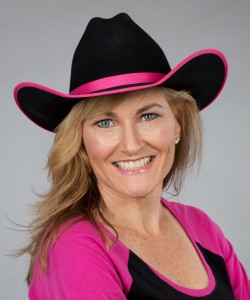