REVIEW: SAVED BY THE SEAL by DIANA GARDIN 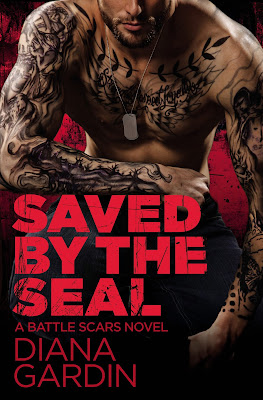 Saved By The SEAL
Battle Scars #2
By: Diana Gardin
Releasing March 8, 2016
Forever Yours
+ Add to Goodreads

In Saved by the Seal (Battle Scars #2) by Diana Gardin, Grisham Abbot loves being a NAVY Seal, so it's hard for him to come to terms that his career will soon be over due to a career-ending incident that resulted in him losing part of one leg. Still, no matter what he's been through and how much he's suffered, he'll do anything to save the woman he spies drowning. Except, saving Greta Owen while still learning to deal with his injury isn't his toughest challenge. What is, is that she's the one woman he should stay away from. And yet, he finds her impossible to resist. She's the light at the end of the dark tunnel his life has been lately.
What a wonderful and heartwarming tale Ms. Gardin has penned with this book, encompassing the sexy protector trope, a hero needing the right motivation to get his life back on track, and a heroine determined to help the wounded warrior that saved her life. I really liked how this book started with Grisham preparing himself for a return to one of his favorite activities. Does he have the guts to push through his fears?
As for the dialogue, it kept me entertained from start to finish with the playful banter between the main characters. Yet, I liked how intense it became due to the main characters back stories, Greta finding herself the target of a stalker, and Grisham having to comes to terms with how much his life has changed. However, I was a tad disappointed by how quickly I figured out who the person stalking Greta was from the way this secondary character interacted with the heroine.
I really enjoyed both main characters. Greta is strong and brave. She knows it's risky to keep being around Grisham, yet she can't just turn off her feelings. Besides, he needs someone to help him find his way back to being the man he was before his injury. She's also very tight with her mother and sisters, and will do anything for them. However, things between her and her father are complicated. He's never been there for her, which makes her relationship with Grisham hard to handle. Because they're in similar lines of work, and she's afraid that Grisham will choose his job over her. Seeing how her mom struggled with her dad's decisions, she doesn't want that for her life.
While Grisham, he handles the changes he's been dealt in his life extremely well. He's tenacious, courageous, and protective of those he cares about, which is proven for what he does for both Greta and his mom. Yet, what I liked most about him was his determination to again do things that he could before his injury. He needed to achieve those things in order to move on, to prove that he's still quite capable of doing something he's always wanted to do, which is save people.
Hot sex scenes heat up the pages, and do justice to this couple's intense chemistry, which is there from the very beginning. Grisham knows he should stay away from Greta because he's not relationship material, and believes he'll only end up hurting her. Yet, it's hard for him to stay away, since she's exactly the person he needs to help him heal completely. As for Greta, she's unsure of herself in the beginning of their growing relationship, which made me feel sorry for her. How could she possibly believe that Grisham wanted someone else when the narrative of his emotions and reactions as well as the dialogue between them proved otherwise?
Overall, I really liked this story where the secondary characters provide almost as much entertainment as the main characters. Greta and Grisham's friends certainly think they're perfect for each other, encouraging them to explore their mutual feelings. The ending wrapped this story up perfectly, as Grisham proves to Greta that nothing is more important to him than she is. I would recommend Saved by the Seal by Diana Gardin, if you enjoy stories about wounded heroes needing the love of a good heroine to help him heal, or like a hero in uniform.

When he sees a woman drowning, Grisham Abbot immediately leaps into action. The Navy SEAL forgets his training, his past, and the explosion that forever scarred his body and his mind. He can only remember what he was born to do. But saving Greta Owen is a complication Grisham is definitely not ready for. She’s stunning and gorgeous—like sunlight after months of darkness. Yep, Grisham is so, so screwed.

Greta knows that the smart thing to do would be to run from Grisham. He’s a wounded warrior, and his head is a big-time mess. The problem is that Greta wants to make him her mess. One kiss and she’s completely in over her head. And if this SEAL risked himself to save her, then she must find a way to bring him back to life . . .

The stinging hot needles of Grisham’s shower feels heavenly as it washes the sand and salt off of my body. I smile to myself as I run my hands through my wet hair, remembering how amazing the day was. I’m also remembering how hot Grisham is on a surfboard. He’s such a natural out there, dipping low on his board when he needs to and riding each wave in effortlessly. He never once lost a wave.

It was an incredible day.

And now that same hot, sexy guy is waiting for me somewhere in his house while I shower. I can’t keep the smile off my face.

Suddenly, a warm hand slides around my waist until it rests on my stomach. I gasp as Grisham yanks me back against the hard planes of his wet body, and one of my arms immediately goes up to wrap around the back of his neck.

“You’re fucking beautiful,” he groans into my ear. I can feel it; he’s hard and ready for me, and I turn in his arms to face him.

I’m so not prepared for the sight of Grisham fully naked in the shower with me.

My eyes roam greedily from his broad, tattooed shoulders to the muscled wall of his chest. Then they drift down to the rack of abdominal muscles that could and should definitely be in a magazine. A trail of dark hair leads down to the impressive length of his cock, and a whimper escapes me. I pull my eyes away to travel down his thick thighs and cantaloupe-sized calf, before my gaze meanders lazily up his body once more.

And when I meet his gaze, I’m instantly wet and ready for him, more so than I’ve ever been before. Because the sight of a man that looks like Grisham devouring every inch of me in return is beyond hot.

“I’m done waiting,” he grinds out, just before his lips collide with mine. 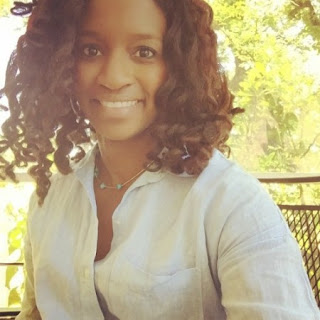