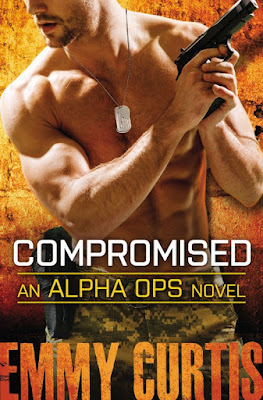 It was supposed to be the happiest day of her life. But when her wedding erupts in gunfire, Sadie Walker realizes this is not the life she wants-her fiancé's work with Delta Force will always cast a shadow over their relationship. After leaving the hard-muscled hero at the altar, she thinks she'll never see him again . . . until a chance encounter reveals that he still has a strong grip on her heart.

On a covert assignment overseas, Simon Tennant is shocked when he spots Sadie with another man. Jealousy flares, as does an irresistible urge to keep her protected. Amid a dangerous game of international espionage, he'll have to convince Sadie just how perfect they've always been together. This time, nothing will take precedence over winning her back, no matter the cost to his cover-or his life . . .

“We might not be friends, Sadie. But we are something.”
She moved her head so that Simon let go of her chin. “You used to tell me that I was your everything. Your port in a storm. Your sanctuary when you came back from a mission. Did you ever wonder what you were to me? You were the man who always disappeared. The man who was there, but only until your phone rang. I loved you, but you were a ghost to me. Is that the ‘something’ you mean?”
“Sadie.” He looked devastated, and she cursed herself for saying those things. As true as they were, she hadn’t wanted to explore their relationship right then. Nor ever if truth be told.
“But that’s all just history, isn’t it?” she said, trying to sound flip.
He leaned in. She knew he meant to kiss her, and she wanted to move, wanted to slap his face and run. That’s what she should have done.
Instead she allowed her mouth to open slightly as her eyes fluttered closed. Just one kiss. A safe, goodbye kiss…and then all rational thought escaped her.
His tongue touched hers and her senses and nerve endings came alive. He felt like home. A dark, impenetrable, warm and sexy home. Her heartbeat raced and butterflies heralded the coming of spring in her stomach. He still wanted her. She still wanted him. She didn’t care about anything else.
She held his face as she stood and climbed astride his thighs, still kissing him. His hands went to her breasts, running the backs of his hands over the swell above her neckline. And then he found the zipper of the dress, and pulled it down to her waist.
He yanked her toward him and put his mouth around her nipples, through her bra. As he sucked and bit she arched her back, aching for him to make her feel more. And more.
She grabbed his short hair and rammed her mouth against his. She wanted to hurt him, to be hurt by him, to bruise her mouth, so she’d be sure him being here wasn’t some crazy illusion. But mostly so he’d regret lying to her and leaving her.
His dick strained against his cargo pants, and she ground herself against it, moving her hips so that she could feel the whole length of him.
“Stop,” he whispered, out of breath. “Not like this. I don’t want to hurt you.”
“Now you decide you don’t want to hurt me?” she whispered back.
His hand splayed against her throat, dragging his fingers slowly from her chin to her bra. His mouth followed, slow and firm. She wanted to protest, but his tongue snaked a hot trail over her pulse points making her heart race. She’d protest in a minute.
“You’ve changed so much,” he murmured against her throat.
She was about to respond when he found his way under her skirt to her panties. He slipped under them as if he was trained in stealth. Which, come to think of it, he was. 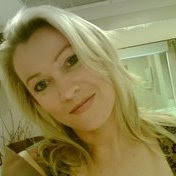