SOMEONE LIKE YOU
The Harrison's #2
Jennifer Gracen
Releasing April 26th, 2016
Zebra Shout
+ Add to Goodreads

In Someone Like You (The Harrisons #2) by Jennifer Gracen, Pierce Harrison has returned home after quitting the game he loved because of a horrible scandal involving his club owner's wife. Not knowing what he's going to do with his time now that he's retired, he's thrilled by the offer he's given to coach a little kids soccer team. Except he has to co-coach with the gorgeous woman that already coaches the team, which isn't a hardship. Until he realizes it's going to take more than his charm and good looks to convince her to take a chance on him.
Abby McCord is back home living with her parents after her recent relationship went south. She's happy helping her parents and sister out, especially since it allows her to spend time with her nephew. Coaching the little boy's soccer team is fun, but it could be a lot better, if only they could win a game. When she learns she'll be co-coaching the team with playboy extraordinaire Pierce Harrison, she's less than thrilled. Because no matter how hard she tries, he's hard to resist.
The first book of this series was incredible, and this opposites attract trope encompassing story was just as good. Right from the beginning, this story was highly entertaining, fast-paced, and had me flipping the pages quickly to discover what sort of challenges this couple would face. As Pierce is the black sheep amongst his family; and Abby has been burned by her past relationship, making it difficult for Pierce to win her over the way that he normally wins women over.
The dialogue was compelling, and Pierce faces a real challenge when it comes to winning Abby's trust. Although she does know how to let her hair down -- so to speak -- whenever he teases her. Indeed, I liked that she sees right through him, recognizes that he flirts with women because that's the only way he knows how to be. That he's never been his real self with any woman before. However, the dialogue was also intense due to the main characters back stories and the problems Pierce faces with his family. His dad is a real jerk the way he treats Pierce, and it was no wonder the hero didn't like being around his family much.
I really liked both the main characters, as well as the secondary ones. I really liked how Pierce's siblings do their best to make him feel like he's a part of the family for once. He's never really been close to any of them besides his sister. But in the moment when their dad loses it, it brings them closer together, because they finally discover why Pierce has stayed away for so many years. Then there's Abby's family, which are so different to Pierce's. They have such a close bond, and would do anything for each other.
Abby is strong, brave, and doing her best to move on from her failed relationship. The man that she was with lied to her about something pretty big, and it isn't surprising that she doesn't trust Pierce. He's a total player. However, I liked that she decided to move on and give Pierce a chance because he's trying to change. Trying to be a better man, the sort of man Abby deserves.
While Pierce, it's hard being back among his family because he didn't leave on the best of terms. However, he's determined to change and find a way to get over the bitterness he's had since his career ended. Abby helps him with that when he finally opens up to her with what really happened. Then there's his kind and caring nature with the kids he's helping to coach. He's good with them, and the kids really like that he's their coach. That he makes things fun for them.
Nicely-detailed sex scenes heat up the pages, and illustrate the wonderful chemistry Abby and Pierce have from the moment they meet. The saying opposites attract definitely applies to them, and perhaps that is what makes their growing relationship so great because the heroine is nothing like the women he normally goes after. Then again, he was always the love 'em and leave em' type, and now it seems like he wants to settle down. Find someone that will give him the sort of love he's never had before. Unconditional love.
Overall, Ms. Gracen has penned another great novel for this series where readers will without a doubt cheer for the heroine to finally get the happy ever after she deserves with a hero that needs someone just like her. Someone willing to show him that love is worth fighting for. The way this story ended was perfect, as Pierce repairs his relationship with Abby. He does a really good job groveling, and I liked his final words about her red pen. I would highly recommend Someone like you, if you've read the first book of this series, or enjoy the opposites attract trope.
OVERALL RATING:

Pierce Harrison—yes, that Pierce Harrison, black sheep of the wealthy Harrison clan—has come home to his family’s luxurious Long Island compound. The big question is why the dangerously sexy soccer star agreed to coach a kids’ soccer team. His co-coach Abby McCord should be grateful. Instead she’s fending off some seriously smoldering advances from the scandal-ridden athlete. Good thing bad boys are so not her type . . .

Abby is definitely not lacking in passion, but the sweet-faced beauty needs to learn a thing or two about taking a team to the championship—and a whole lot about how to let a man into her once-broken heart. Pierce definitely knows how to make the moves, but will Abby trust that the bachelor the world has condemned as a scoundrel can settle down with the one woman who has taken hold of his heart?
BUY LINKS: Amazon | B & N | Google Play | iTunes | Kobo 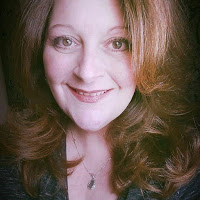 ABOUT THE AUTHOR:
Jennifer Gracen hails from Long Island, New York, where she lives with her two young sons. After spending her youth writing in private and singing in public, she now only sings in her car and has fully embraced her lifelong passion for writing. She loves to write contemporary romance and romantic women’s fiction for readers who yearn for better days, authentic characters, and satisfying endings. When she isn’t taking care of her kids, doing freelance copy editing/proofreading, reading, or talking to friends on Twitter and Facebook, Jennifer writes. She’s shocked her family hasn’t yet staged an intervention for her addiction to social media. But the concerts she gives in her car and the dance parties she has in her kitchen are rumored to be fabulous.
`
Website | Facebook | Twitter | GoodReads
at 11:55