Doctor Ella Watts wants her old life back. Desperately. But the past has returned for its rematch, and going back home—even telling anyone her real name—isn’t an option until she’s confident in her MMA abilities. Personal trainer Lance Black is the man to help her reach her goals. Not only is he toned, muscular, and gorgeous, he’s patient, a great teacher, and willing to treat her like a worthy opponent. Except his size makes her freeze whenever he gets too close. If Ella can’t learn how to overcome her fear of being attacked, she’ll never be able to move on with her life.
Underground fighter Lance Black knows there’s more to the mysterious blonde ninja than a beautiful woman determined to improve her fighting skills. She can best anyone close to her size – man or woman – but insists on working out with him, even though he’s got a good 70 pounds and several inches on her. Despite her reticence, he’s determined to get her to open up so he can help her get over her mental block. And if that means he can get to know her outside the gym, all the better.
As long as she never learns his secrets.
Buy Links:   Amazon | B&N | iTunes | Google Play | Kobo

“What’s she looking for?” Lance asked, refocusing on the present. She had impressed him yesterday with her chokehold, but that didn’t mean she knew squat about MMA. That could have simply been adrenaline spurring her on.
“She was pretty specific in what she wants.” A weird expression crossed Mac’s face, a mixture of consternation and intrigue. “She’s not looking for a pussy workout—her words not mine. She wants a trainer who knows a lot about ground work, but can also help her build the strength and speed of her stand-up. She wants to be treated just like any of the male fighters in this building and the most interesting thing is she wanted a light-heavyweight build. That’s you.”
Lance stared at his friend for a second, digesting the information. That was a tall order from someone just coming in for a workout. “Does she fight?”
That was the only explanation for her requests he could think of. In recent years, women fighters had surfaced in the industry and they kicked some serious ass.
“Nope. Just does this as a hobby.”
Kind of an intense hobby for someone who had no interest in making it a career.
“She’s good,” Mac continued. “Watch her.”
Lance crossed his arms over his chest and studied her inside the ring, still circling with Billy, dodging his attempt at a takedown. She was a beauty. Even with everything that had been happening, he’d noticed that yesterday. Hell, he’d have to be blind to miss it. After she’d sent Ralph to the ground, she stood there with confidence oozing off her. No fear or intimidation had even flicked in her eyes as the man towered over her. Other than the birth of his daughter, it was the most awe-filled sight he’d ever seen. When Ralph had started to rise, Lance had been uncertain of what the man was capable of, so he’d stepped forward, daring him to try anything. And still, she hadn’t wavered in her confident stance.
Today she was the same. Except she wasn’t wearing jeans and a long-sleeved t-shirt. No, today she was in a tight teal workout top and matching spandex shorts. The outfit showed off the softs swells of her toned, athletic body.
Suddenly, she went down on both knees and flipped Billy over her back onto his. The canvas thudded under the impact of his body. Impressive.
“I’ve watched her all morning,” Mac said. “She’s fucking something and has been training for a while.”
“Is this all you’ve seen her do?”
“Nah. Billy warmed her up on the bag. Dude, let me tell you, that woman has a fierce right hook. I wouldn’t want to be on the receiving end of it.”
The woman, while still shapely and soft, had a steel quality about her—a don’t-even-think-to fuck-with-me aura. He liked that.
She would be fun to train. As much as he needed to keep his distance from her, a thrill encased him now. Maybe they could leave whatever happened yesterday outside the door. 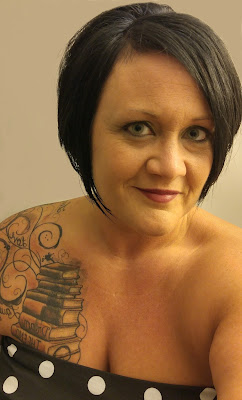 ABOUT THE AUTHOR:
Abby Niles is the author of the contemporary MMA series, Love to the Extreme, and the paranormal series, The Awakening. She is also the author to the geeky romantic comedy, Defying Convention, where Live Action Role Players (LARPers) set out to teach their favorite author a lesson, but end up playing matchmaker instead.
Abby lives in North Carolina with the love of her life and their combined gaggle of kids. When she’s not writing, she’s trying to catch up on an endless pile of laundry and find time to get some much needed reading in.

Hello everyone! I’d like to thank Book Magic for having me on their blog today! They’re letting me share the top three scenes from the new release in my Love to the Extreme series, HEALING LOVE. HEALING LOVE is the 4th book in the series and follows Lance Black and Ella Watts. I really enjoyed writing this book, not only because Lance is another yummy MMA hero, but also, because I got to take a little detour from the professional MMA circuit in this story. Lance doesn’t fight pro like all my other fighters do. He fights underground. This gave me the ability to give the story a fresh new twist with the MMA portion of the book. You guys know how much I LOVE the MMA portion of the book.
Here’s a quick excerpt of one of those scenes:
After the referee backed away, giving the all clear for them to fight, Lance circled around Kelvin. The size difference was hard to ignore. Not that he hadn’t gone against bigger men before—he had, but they still fell within his weight class.
This dude was fucking huge.
The man swung out a massive arm. Lance ducked then countered with a right hook into his side. The man lumbered around. Lack of speed was one disadvantage guys this big had, though a punch from this fucker would knock Lance straight the hell out, because their strength was brutal. The best thing he could do was keep moving.
He danced around Kelvin, making sure to stay outside the man’s reach and going in for punches and leg shots only when the fighter left an opening. Aggressiveness wouldn’t help him. This was a defensive fight. They couldn’t just go at it the way all the other fighters had. He had to be smart about it, use his opponent’s size against him.
At the lack of action, the crowd began to boo. Every damn one of them could kiss his fucking ass. Real fighting wasn’t just about swinging blindly at each other. It was knowing your opponent, knowing yourself, and not getting caught up in the chaos.
“Fight me, asshole,” Kelvin said around his mouth guard.
Another thing I loved about this book was the chemistry between Lance and Ella. This couple definitely don’t meet under the best circumstances. So their interactions go from this:
As she snapped the lid back on, her head slowly turned in their direction, scanning first Mac, then Billy, and finally landing on him. Those blue eyes immediately narrowed and her nose scrunched in a scowl. Knowing it would goad her, he fluttered his fingers in greeting. Her scowl deepened.
“I probably should get over to her,” Lance said to Mac. “Can’t keep a paying member waiting.”
As he approached her, she muttered something that sounded remarkably like, “Who in the hell did I piss off?”
A chuckle tickled the back of his throat, but he beat it back. He wanted to rile her up, not flat out piss her off. He leaned against the bottom rope. “So, we meet again.”
She gave him an irritated look. “Unfortunately. Don’t worry though. I’ll mind my business. You do your thing. I’ll do mine.”
He definitely deserved that snide jab. “Guess you won’t be thrilled to hear I’m Lance, huh?”
A soft, derisive laugh shot out of her mouth as she hung her head and shook it. “And there’s my luck again, in all its glory.”
To this:
"In fact, I can think of a few other ways I could take care of you.”
Had he just moved closer?
Yes. Yes he had.
Her heart thumped hard against her ribs. Now, these feelings she could get on board with—wanted to get on board with.
“What other ways could you take care of me?” she shocked herself by asking.
In just a few steps, Lance closed the distance between them, standing directly over her so she was forced to tilt her head back to look at him. For years, she’d felt some sort of panic at having a large man tower over her. Not this time. Not now. All she felt was excitement. Desire. A thrilling throb that reminded her that she was a woman. And damn if it wasn’t a liberating feeling.

I love taking two people whose first impression of each other are BAD and changing their minds once they’ve been seen in a different light. Thanks for letting me share some of excerpts from HEALING LOVE with all you today!
﻿