In West Coast Love (Journey to the Heart #3) by Tif Marcelo, Victoria Aquino auditions for an amazing opportunity as a food host covering Labor Day holiday BBQ festivals. However, once she accepts the job, she discovers she'll be working alongside Joel Silva. Spending eight days together isn't so bad, especially when they have such intense chemistry between them. Will Victoria take a chance on Joel, or will their fear of relationships keep them from achieving their happy ever after?

What a delightful and captivating read Ms. Marcelo has delivered in this third book of her Journey to the Heart series where the main characters back stories and the obstacles this couple have to overcome to be together were very entertaining; and the dialogue was compelling and had me really enjoying the chemistry between this couple. The way this story started had me amused by what the heroine is wanting to do. Yet, it seems a little liquid courage and what she's looking to do don't mix. Will she get her way or will she be sent on her way? However, it was from the moment the hero and heroine came face-to-face for the first time that had me completely hooked, as the hero does a good job of being a white knight.

Both the main characters were relatable, likeable and I loved every moment they conversed, as Joel has every right to be annoyed by Victoria getting the job over him, especially when she has no knowledge of BBQ and doesn't even like the food. Will he be able to help her get up to speed or will he let her figure things out for herself? Moreover, the heroine is resilient, courageous and I liked how determined she was to do the best job she could, even though she does some things that make the hero mad at her. I also liked that the heroine wasn't afraid of a little competition when things take an interesting turn for this couple. Will Victoria or Joel come out on top? While the hero, he's been through a lot and it's understandable why he's so close to the only family he has left in his sister and nephew. Really, the bond between Joel and his nephew is sweet and I loved the moments when they conversed, as there's plenty of love between them and it's palpable that Joel would do anything for the little guy. I also liked how the hero helped the heroine, even though it's not easy for him to do because he wanted the job as food host.

Overall, Ms. Marcelo has delivered a wonderful read in this book where the chemistry between this couple was intense; the romance nicely-detailed; and the ending had me loving the choice both the main characters make when it comes to their jobs and being together. However, it was the epilogue that wrapped this story up nicely, as the journey they're taking sounds like it's going to be a very interesting one. I would recommend West Coast Love by Tif Marcelo, if you enjoy the friends to lovers trope, the enemy to lovers trope, or books by authors Naima Simone, Terri Osburn, Virginia Taylor and Mia Sosa.

Online food blogger Victoria Aquino has spent years doing social media for True North and Paraiso Retreats, and she’s ready to take her blog and writing to the next level. But after she was catfished and suffered a heartbreak, she’s clamoring for change. She auditions for and accepts a food host opportunity: covering the Labor Day holiday BBQ festivals along the California coast. For eight days, she’ll travel with a producer and a camera and sound person, in a vintage—and rickety—RV, and she’ll get her very first byline as a video journalist. The only catch? She can’t stand BBQ. And the cameraman also auditioned for the job.

Joel Silva is a cameraman with his own past and big dreams of his own, and when he finds out that the job he auditioned for went to Victoria—a woman he’d gotten to know covering Paraiso Retreats, and someone he later slept with—he’s understandably furious and curious. Joel knows the BBQ circuit like the back of his hand, and he now has to help Victoria do her job amidst their growing attraction. When the producer picks up on their push/pull vibe and increases the ante to feature both in front of the camera with the best host taking the next cross-country feature, the two have to decide: is their blossoming romance something that should be left to fizzle along with BBQ season? Or is it the beginning of something even more delicious?

“I’ve got a lot on my mind.” I turn up the radio volume. “’Love in an Elevator.’ This is a good one.” I laugh when her face scrunches down like she bit into something sour. Too damn cute. “Don’t tell me you’re not an Aerosmith fan either. Then again, you don’t have to love them to appreciate their success—they have sold over a hundred and fifty million albums.”

She shrugs. “They scream the entire time.” She bites on her bottom lip as she thinks. “Okay, I admit it. I liked the collab they did with Run-D.M.C. But, yeah, that’s it.”

A grin pulls at my lips. These small nuggets about Victoria have made these rough couple of days bearable. I’ve learned the she’s not afraid to jump right in to solve a problem and that she can’t go long without having a conversation. And I’m not going to lie—the fact that she can start a fire kind of turns me on, even if nothing can ever become of us. “You like Run-D.M.C., Miss Classical Music?” I point at the phone perched on the dashboard, at the screen that reads Mandolin Concerto in C major.

“Vivaldi. Surprised?” When I nod, she leans her head back on the headrest so she’s titled upward slightly, and a veil of a smile graces her lips. Her profile is lit by the sun behind her, and damn, she is a sight.

Tif believes in and writes about heart-eyes romance, the strength of families, and the endurance of friendship. A veteran Army Nurse with a Bachelor of Science in Nursing and a Master of Public Administration, she is a craft enthusiast, food-lover and the occasional half-marathon runner. As a military spouse, she has moved nine times, and this adventure shows in some of her free-spirited characters. Tif currently lives in the DC area with her own real life military hero and four children. 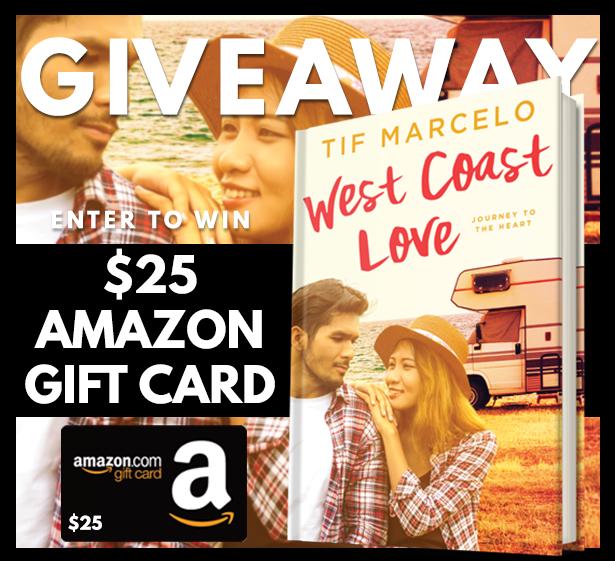