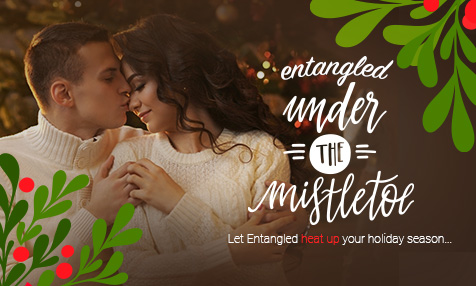 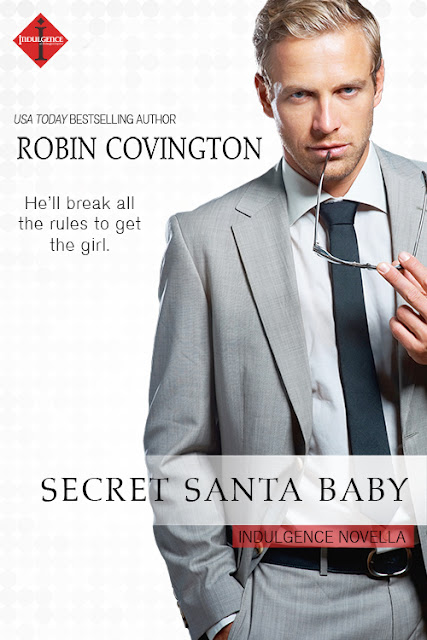 In Secret Santa Baby by Robin Covington, since college Tessa Stoneman has had feelings for her long-time friend, Nicholas Boone, even when she was dating his best friend. But now with Christmas right around the corner, it seems someone is determined to win Tessa's heart by being her Secret Santa and gifting her with items from the 'Santa Baby' song. However, when her Secret Santa is revealed, will Tessa give her Mr. Right a chance?

This story was a quick and fantastic read where the pages really flew by due to the wonderful main characters and happiness the heroine feels as she receives her gifts; the delightful combination of intense moments and playful banter that had me liking both the hero and heroine; and the fast-paced plot that had me reading quickly, determined to discover whether the hero and heroine will get their happy ever after, especially because of the obstacles they face to be together such as whether they're willing to risk their friendship if things don't work out between them.

The way this story started had me completely hooked, as the heroine enjoyed the first surprise she received on her visit to her grandmother. Will Tessa realize who her Secret Santa is? Furthermore, I loved that the hero and heroine were willing to take a chance on the other, even though things might not work out between them. I also liked how resilient and courageous the heroine was in wanting to branch out when it came to her skills as a graphic designer. While the hero, I loved how brave he was when it came to confessing his feelings for Tessa. Really, it was either go big or go home and Nick chose to go big with the moment he hoped Tessa would be his.

Overall, Ms. Covington has delivered a splendid read in this book where the chemistry between this couple was powerful; the romance completely hot; and the ending had me cheering for this couple's happy ever after, as these two are meant to be. Also, I loved the surprise the hero had for the heroine towards the end. So much so that I cried happy tears. I would recommend Secret Santa Baby by Robin Covington, if you enjoy the opposites attract trope or books by authors Avery Flynn, Kimberly Kincaid, Tessa Bailey and Robin Bielman.

Tessa Stoneman hasn’t been able to get long-time friend and business partner Nicholas Boone out of her head since they shared a single kiss in college. Even when she dated Nicholas’s best friend. Now that she’s giving up her position at GameNerdz to strike out on her own—and now that she’s single—maybe it’s the right time to see if there’s still something between them.

Nicholas knows once Tessa leaves the company she helped found, they might drift apart. Before she starts her own company in the new year, he wants to woo the woman he fell in love with during college. So he poses as her Secret Santa, gifts her with items from the song “Santa Baby,” and plans a big reveal at the company holiday party. But when his best friend wants to rekindle his romance with Tessa, will Nicholas lose his last chance?

A USA Today bestseller, Robin Covington loves to explore the theme of fooling around and falling in love in her books. Her stories burn up the sheets. . .one page at a time. When she's not writing she's collecting tasty man candy, indulging in a little comic book geek love, and stalking Chris Evans. Don't send chocolate . . . send eye candy! Robin's books have won the Golden Leaf Award and finaled in the Romantic Times Reviewer's Choice, the Book Seller's Best and the National Reader's Choice Awards. She lives in Maryland with her handsome husband, her two brilliant children (they get it from her, of course!), and her beloved furbabies.