“We’re not friends. We’re not going to be friends.”

No, they’ll be so much more… 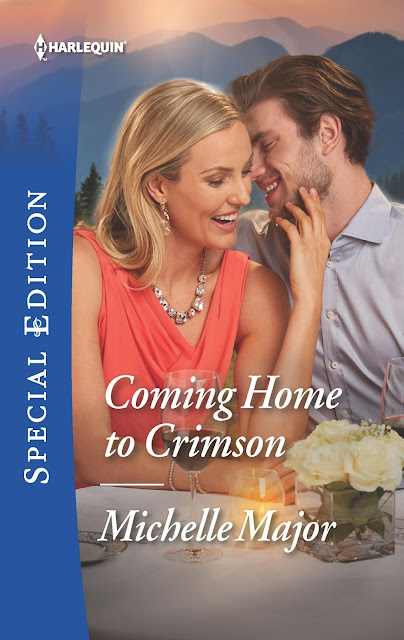 Escaping from a cheating fiancé in a “borrowed” car, Sienna Pierce can’t think of anywhere to go but Crimson, the hometown she swore she’d never go back to. And Crimson sheriff Cole Bennett has a lot at stake in keeping the town on an even keel. On the surface, they have nothing in common. Unfortunately, there is nothing superficial about their feelings for each other!

Check out all the books in the Crimson, Colorado series!

In Coming Home to Crimson (Crimson, Colorado #10) by Michelle Major, Sienna Pierce has nowhere else to turn except to her estranged family after she finds her boyfriend in bed with another woman. Heading to Crimson is a good idea in theory, but actually having to talk to her brother and father; two people she hasn't seen in years isn't easy. However, the longer she stays in Crimson, the more she finds herself wanting to stay, as she and the town sheriff grow closer and closer. Will Sienna finally get her chance at happy ever after with her Mr. Right or will she get her heart broken for a second time?

What a delightful and captivating read Ms. Major has delivered in this book, which took me on an emotional rollercoaster because of the hard time the heroine has in being around her brother and father at first; two people that she hasn't had anything to do with in years. Will she get along with them? As for the way this story started, it had me sympathizing with the heroine, as she was hoping things with her boyfriend would have turned out a lot different than they did. However, it was from the moment the hero and heroine come face-to-face for the first time where things really get interesting, as the heroine doesn't need anything more going wrong in her life than it already has, and yet, it seems nothing can go right. At least not for her first day back in Crimson.

With the heroine, she's resilient, courageous and I liked how she handled everything she goes through, even though it isn't easy for her because family secrets could destroy the relationship she has with any one of them. I also liked the tight friendship she forms with Paige, which is proven by what Paige does when it comes to the hero causing their relationship to go awry and making sure he's going to fix things. However, what I liked most of all about the heroine was the challenge she provided the hero. While the hero, he's confident, charming, a good cop and I liked how determined he was to prove to the heroine that he's on her side. Will the heroine be able to put her trust in the hero? I also liked how he handles everything he goes through, especially when it comes to how things stand between he and his twin. Will the hero be able to let go of the past in order to have a good relationship with his brother again?

Overall, Ms. Major has delivered a really good read in this book where the chemistry between this couple was powerful; the romance delightful, as the heroine needs someone like the hero in her life; and the ending had me loving what's happening to the hero before he makes thing right with Sienna. The moment had me laughing, especially since Sienna has made such a good friend in Paige. Moreover, I loved how things worked out for the best for this pair, as these two are so good together. I would recommend Coming Home to Crimson by Michelle Major, if you enjoy the opposites attract trope, the brother's best friend trope or books by authors Teri Wilson, Rochelle Alers, Lynne Marshall and Nancy Robards Thompson.

“I’m sorry, officer,” she said automatically, fanning her hand in front of her face. “I was having a bit of trouble taking off my jacket around the seatbelt. I’ll be more careful.”

The rumbly voice gave her pause and she sat back, glancing up into the face of a man who could have been the direct descendent of some Wild West lawman. The firm set of his jaw and rugged good looks seemed like a throw back to the era of John Wayne, although he wore a modern law enforcement uniform of a beige button down and black tie, khaki pants and a gun clearly tucked into the holster at his waist.

The button clipped above his shirt pocket read ‘sheriff’. Okay then, the real deal.
And not feeling all that friendly if the tight line of his mouth was any indication. She couldn’t see his eyes behind the mirrored aviator sunglasses but imagined he was glaring at her.

“Of course,” she said and pulled her wallet out of the Louis Vuitton purse on the passenger seat.

“You know texting and driving is against the law,” he said as she handed him her driver’s license.

“I was having some sort of bizarre hot flash,” she blurted. “Not texting.” Even now she could feel the silk tank top clinging to her skin. “Anger induced, not hormonal,” she felt compelled to add, her cheeks flaming.

One thick brow lifted above the frame of his sunglasses, and Sienna resisted the urge to fidget.

“You were also driving twenty miles above the speed limit.”

“I certainly was not.” Sienna rolled her eyes. “I’d never drive that fast.”

She pointed a finger at him. “I don’t like your tone when you call me ma’am.”

“I clocked you at eighty-five and it’s a sixty-five mile an hour zone that drops to forty-five as you come into town.” He paused then added, “Ma’am.”

Sparks raced across Sienna’s skin. Somehow his tone had gone from patronizing to sexy-as-hell in one word. She had no idea what had possessed her to try to goad this small-town sheriff into a reaction, but her body’s response to him was totally unexpected.

“I’m sorry,” she repeated. “This isn’t my car so I’m not used to how it drives.” The truth was she’d been too preoccupied with mentally trash talking her cheating ex-boyfriend to realize she was driving recklessly. Kevin’s fault as well.

“Who does the car belong to?”

“I don’t know.” She flipped open the glove compartment. “I assume it’s a rental. I took it from my ex-boyfriend.”

The sheriff leaned forward, his hands resting above the driver’s side window. The fabric of his shirt pulled tight across his arms, revealing the outline of corded muscles. “As in you stole it?”

“No,” she answered immediately. “I…it wasn’t quite like that.” She closed her eyes and drew in a breath. In fact, it was exactly like that.

She’d taken a private shuttle from the Aspen airport to the upscale hotel where Kevin had made a reservation. She’d originally been scheduled to come on this trip with him, three days in the mountains of Colorado with a few meetings thrown in to make it a legitimate business expense. Sienna hadn’t been back to Colorado in almost two decades, and to make a trip so soon after her estranged brother’s visit to Chicago last year…well, it had been too much to even consider.

Yet in the end she couldn’t stay away. Kevin had acted so disappointed she wasn’t coming, dropping subtle hints that he’d planned to pop the question in Aspen. So she’d taken a red-eye into Denver then a commuter plane to Aspen, thinking how fun it would be to surprise him.

She’d surprised him all right, in bed with another woman.

Could it get more cliche than that? Her life had been reduced to a cliche.

“How about we start with the registration?” the sheriff asked, his voice gentling as if somehow he could sense what a mess she was on the inside.

That infuriated her even more. Sienna didn’t do vulnerable. People around her saw what she wanted them to see, and the thought that this mountain-town Mayberry lawman could see beyond her mask made her want to lash out at someone. Anyone. Sheriff Hot Pants, for one.

She dipped her chin and looked up at him through her lashes, flashing a small, knowing smile. “How about I write a healthy size check to the police foundation or your favorite charity…” She winked. “Or you for that matter and we both go on our merry way?”

“Are you offering me a bribe?”

She widened her smile. “Call it an incentive.”

The sheriff took off his sunglasses, shoving them into his front shirt pocket. His eyes were brown, the color of warm honey, but his gaze was frigid. “How’s the thought of being arrested as an incentive for you to hand me the registration?”
He smiled as he asked the question. His full lips revealed a set of perfectly straight teeth in a way that made him look like some sort of predator. “Or perhaps you’d like to step out of the car and I’ll handcuff you? Another viable option, ma’am.” 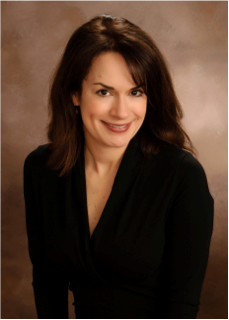 Michelle Major grew up in Ohio but dreamed of living in the mountains. Soon after graduating with a degree in Journalism, she pointed her car west and settled in Colorado. Her life and house are filled with one great husband, two beautiful kids, a few furry pets and several well-behaved reptiles. She’s grateful to have found her passion writing stories with happy endings. Michelle loves to hear from her readers at www.michellemajor.com.