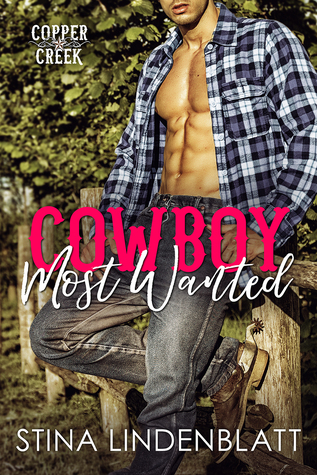 A sexy romantic comedy about a hot cowboy, some racy photos, and an accidental hook up—or three—with his best friend’s sister…Sexy cowboy TJ Daniels loves Norse mythology, Marvel comics, horses, and dirty talk. Not necessarily in that order. When his brother signs him up for a new Bachelorette-style reality show centered around a female star looking for love with a cowboy, TJ reluctantly agrees to do it, knowing that it will be great publicity for the ranch. What he didn’t figure on is the show's photographer being Violet Brooks. Violet is TJ’s gun-toting best friend's little sister. She’s the same woman who left the small Montana town ten years ago and never looked back. And yep, she’s the same woman he lusted after when he shouldn’t have. And still does. So when the pre-show marketing photo shoot involves channeling his inner underwear model — with Violet as the photographer — TJ ends up losing his shirt. His pants. And, if he’s willing to risk everything — including his place on the show that could save his struggling ranch — his heart could be on the line as well.

In Cowboy Most Wanted (Copper Creek #1) by Stina Lindenblatt, when TJ finds out he's been selected to go on Cowboy Most Wanted, he's ready to kill his brother. However, he knows being on the show will be good for business, especially when they've changed the direction of the ranch from cows to horses. Yet, when he discovers his best friend's little sister, Violet Brooks, is the photographer for the show, he knows it's not going to be easy to stick to the contract he signed. He wants her, but while he's on the show she's off limits. Will TJ break the rules to get his dream woman or will he and Violet lose their shot at happy ever after?

Every time I sit down to read a book by Ms. Lindenblatt, I'm always entertained and this book was no different. Really, the dialogue was a wonderful combination of intense moments and playful banter that had me loving the growing relationship between these two and the obstacles they face to be together including the fact that Violet is his best friend's sister. Will he be able to convince his best friend that he and Violet deserve a chance at forever?

The way this story started had me loving the close relationship the hero has with his brothers, especially since Noah can be quite the jokester and it's no wonder that the hero wants to get revenge on his brother for what he's done. How could Noah do what he did in the past? How could Noah be so devious with what he does to TJ now? Moreover, I liked the hero's confidence, the fact that he's willing to do anything to help the ranch and his determination to win over the heroine, especially since they have some big obstacles to overcome if they're to get their happy ever after. While the heroine, she's resilient, courageous and I liked that she gave the hero a chance and fought for their relationship when the hero is wary of betraying his best friend. I also liked how she's come out the better when it comes to her past and that she's handled everything the best she can and I can understand why she's so protective of her child.

Overall, Ms. Lindenblatt has delivered a really good start for this series where the chemistry between this couple was intense; the romance full of exquisite heat and passion because the hero has been in love with the heroine for years; and the ending had me loving that these two finally got their shot at happy ever after. I would recommend Cowboy Most Wanted by Stina Lindenblatt, if you enjoy second chance romances, the brother's best friend trope or books by authors Lauren Blakely, Kendall Ryan, Jane Aston and Emma Hart.