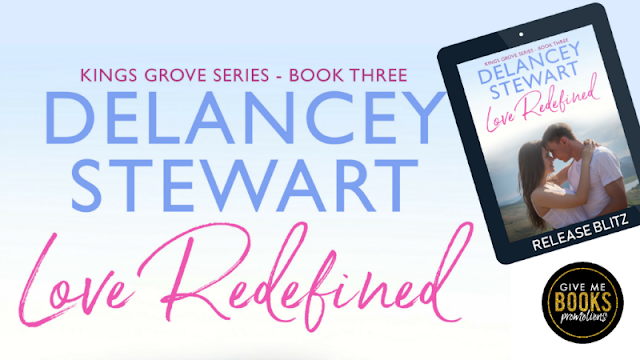 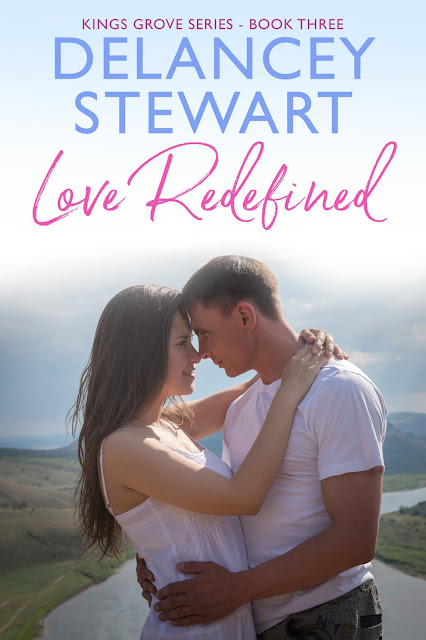 Chance Palmer is the hottest bachelor in Kings Grove, and even his younger brother Sam sees him as a playboy and a charmer. It's nice to be admired, but Chance is ready for something serious--something like the love he had once before. The love he refuses to talk about.

Michaela "Mike" Grayson fell in love once. And though that relationship gave her the son she'd never trade for anything, it came with a darker side she's still trying to escape.

When Michaela's job requires her to scout a tiny town called Kings Grove as a potential resort destination for her company, she's not prepared for what awaits her there:  a charming playboy with a knack for making her feel like everything in her world just might work out fine. And Chance is unprepared for the feelings he finds inside himself for Michaela, and for her son, Finn.

Can Mike overcome the darkness in her past enough to trust that Chance might be more than just a fantasy? Can Chance Palmer move past the pain of his first love and fall again?

This is Book 3 in the Kings Grove Series. Each book can be read as a standalone. Perfect for fans of Melody Grace, Bella Andre, Jill Shalvis and Susan Mallery.

In Love Redefined (Kings Grove #3) by Delancey Stewart, losing the love of his life wasn't easy for Chance Palmer, but now he's ready to find love again. However, first he needs to convince Michaela 'Mike' Grayson that building a resort in Kings Grove would be a fantastic idea. Will Chance be able to convince Michaela to take a chance on him both personally and professionally or will the wounds of their pasts keep them from ever getting another chance at forever?

Ms. Stewart's Kings Grove series is such a wonderful series, and this story was a fantastic addition to it. Really, everything about it -- the charismatic characters; the entertaining dialogue and the fast-paced plot -- drew me in and had me turning the pages quickly, determined to discover what obstacles these two would face to be together. Would Chance be able to win Michaela over, especially since she's been through so much with what happened in her last relationship?

The way this story had me smiling because the hero is a good brother and I loved the teasing banter between Chance and his brother that shows they're close. Yet, it was from the moment the hero and heroine come face-to-face for the first time in this story where things get really interesting, as there's a slight misunderstanding between the pair, but I liked how hard the hero works to convince the heroine that Kings Grove is the right place to build one of the resorts for the company she works for.

As for the dialogue, it was intense due to the main characters back stories, especially that of the heroine, as she's been through so much with what her ex put her through in the past and is still putting her through now. Yet, she's resilient, courageous, a good mother and I liked how determined she was to prove herself when it came to her job. I also like the decisions she makes throughout this story, even though her ex didn't make things easy for her. While the hero, he's been through so much too, and to give his heart to another woman is something he never thought he'd do. Not when he was so in love with the last woman he was with and then lost. I also liked how he's managed to move forward with his life. He's full of confidence, charm and I liked how determined he was to win Michaela over because she's the first woman that's interested him since he lost the woman he loved. Yet, what I liked most of all was the growing bond between the hero and the heroine's son. It was adorable because the little boy needs someone like Chance. Someone that treats him like a kid and doesn't get frustrated with him like someone else in the kid's life.

Overall, Ms. Stewart has delivered a delightful and charming read in this book where the chemistry between this couple was intense; the romance was delightful and had me glad that Michaela took a chance on the hero; and the ending had me loving the hero's determination to win the heroine's heart. Then again, I also liked the decision the heroine made in order to show Chance that she wants a life with him. It was time she started doing things that she wanted and were good for her and her son and not accommodate to what everyone else wanted of her. However, it was the epilogue that wrapped this story up wonderfully, as the hero wants the heroine forever and isn't above using a very public gathering to get what he wants. I would recommend Love Redefined by Delancey Stewart, if you enjoy second chance romances or books by authors Bella Andre, Susan Mallery, Jill Shalvis and Melody Grace. 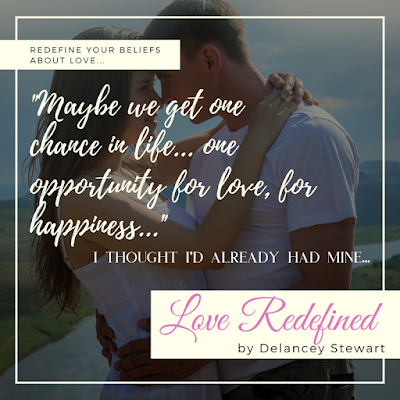 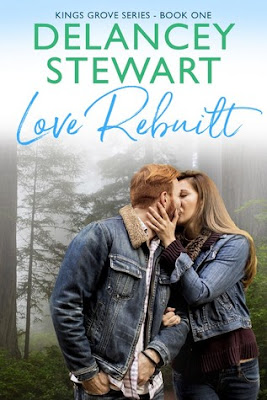 FREE for a limited time 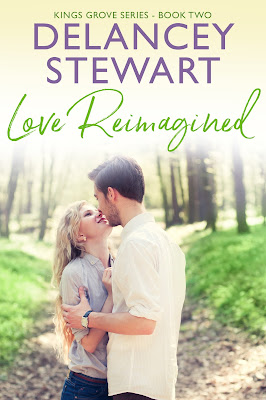 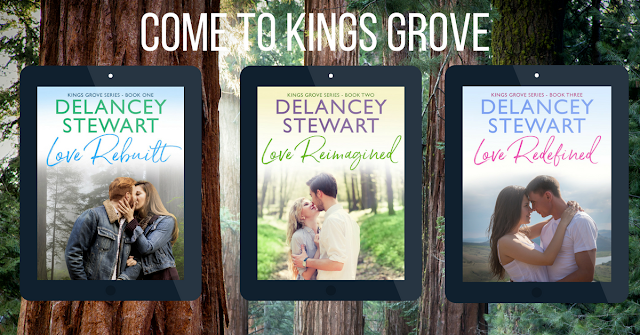