REVIEW & GIVEAWAY: PLAYING THE GAME by LISA B. KAMPS 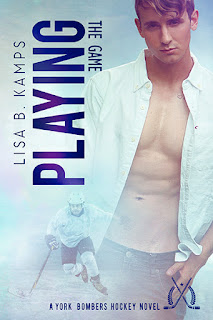 BLURB:
Harland Day knows what it's like to be on rock bottom: he was there once before, years ago when his mother walked out and left him behind. But he learned how to play the game and survived, crawling his way up with the help of a friend-turned-lover. This time is different: he has nobody to blame but himself for his trip to the bottom. His mouth, his attitude, his crappy play that landed him back in the minors instead of playing pro hockey with the Baltimore Banners. And this time, he doesn't have anyone to help him out, not when his own selfishness killed the most important relationship he ever had.
Courtney Williams' life isn't glamorous or full of fame and fortune but she doesn't need those things to be happy. She of all people knows there are more important things in life. And, for the most part, she's been able to forget what could have been--until Harland gets reassigned to the York Bombers and shows back up in town, full of attitude designed to hide the man underneath. But the arrogant hockey player can't hide from her, the one person who knows him better than anyone else. They had been friends. They had been lovers. And then they had been torn apart by misunderstanding and betrayal.
But some ties are hard to break. Can they look past what had been and move forward to what could be? Or will the sins of the past haunt them even now, all these years later?
Buy Links:      AMAZON | B & N | ITUNES | KOBO 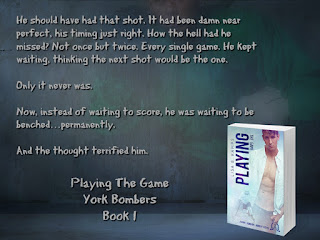 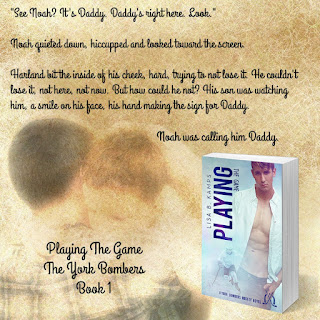 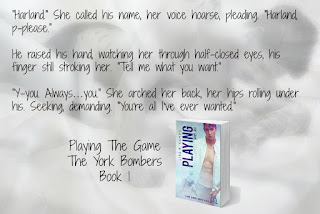 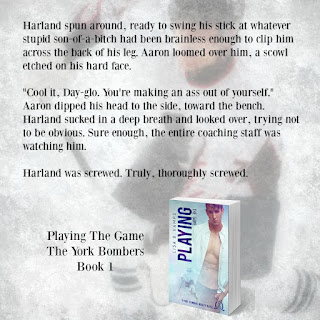 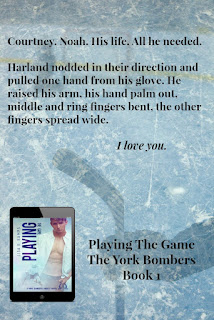 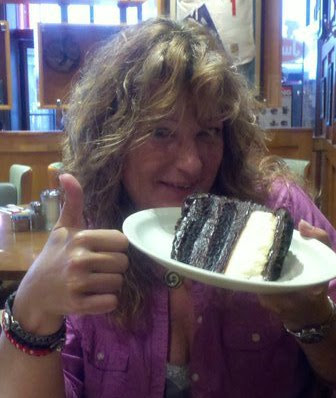 Lisa B. Kamps is the author of the best-selling series The Baltimore Banners, featuring "hard-hitting, heart-melting hockey players" (USA Today), on and off the ice. Her firefighter series, Firehouse Fourteen, features hot and heroic firefighters who put more than their lives on the line. Her newest hockey series, The York Bombers, launches with PLAYING THE GAME in February, 2017.
In a previous life, she worked as a firefighter with the Baltimore County Fire Department then did a very brief (and not very successful) stint at bartending in east Baltimore, and finally served as the Director of Retail Operations for a busy Civil War non-profit.
Lisa currently lives in Maryland with her husband and two sons (who are mostly sorta-kinda out of the house), one very spoiled Border Collie, two cats with major attitude, several head of cattle, and entirely too many chickens to count. When she's not busy writing or chasing animals, she's cheering loudly for her favorite hockey team, the Washington Capitals--or going through withdrawal and waiting for October to roll back around!
Author Links:   WEBSITE | FACEBOOK | TWITTER | GOODREADS