Four years ago, Ayra's father is forcing her to marry to make alliances, her brother has gone off the deep end in a big way, and to top it all off, her reaper powers have been awakened, something she hoped would never happen. Who the hell wants to put down other werewolves for a living?And now, just as she's starting to figure out her place in the world, Vidar's back from Iceland, looking hotter than ever and still managing to ring all her bells with just a look. All Ayra wants to do is lose herself in him, in the past, but it's never going to happen. He's only back and paying attention to her because she's the reaper. And there's a little snag in the form of a vow of celibacy he took.The sparks are undeniable, and Vidar swears he's the only one who can help her on her journey. But he already left her once...

In Twice Turned (The Wolves of Hemlock Hollow #2) by Heather McCorkle, being a werewolf is tough enough, but being a reaper; someone that puts an end to bad werewolves is certain to be an even tougher and lonely road for Ayra. Well, at least she thought it would be until her once-close friend, Vidar, waltzes back into her life and insists on being by her side every step of the way, as she faces down a very dangerous threat. Will Ayra and Vidar be strong enough to put an end to someone that threatens not only her kind, but humans too; or will they lose their shot at happy ever after?

Not having read the first book of this series, I wasn't sure what to expect. Yet, in saying that, with this being a paranormal romance and a story encompassing werewolves, I knew this would be my kind of story; a story where I would be enthralled by the main characters and their journey to happy ever after. And certainly, it did that and more. The way this story started grabbed my attention immediately, as the hero is very determined and isn't about to let anything stand in his way of being by Ayra's side, which is proven by his actions and attitude to the situation he's in. Will Vidar get what he want - a way to get back to Ayra in order to be able to help her?

As for the dialogue, it was very entertaining and intense due to the main characters back stories; the level of paranormal action that sees the heroine kick a lot of butt and show that she's no longer the weakling she once was; and the obstacles these two face on their journey to happy ever after including whether they'd come out on top against the bad guys the closer to the danger they get. Moreover, the heroine is resilient and courageous, which is proven by everything she does to keep herself and her kind safe from the threat they face. I also liked the way the heroine interacted with various secondary characters and was willing to accept help and guidance, even though it isn't always easy for her to accept. Yet, what I liked most of all about the heroine was her determination to do what's right, even knowing how much danger she and Vidar will face.

While the hero, he was marvellous because of the confidence he has in his skills to keep the heroine safe and the way he was determined to be by her side no matter how much she tries to push him away. No way can she get rid of him. Furthermore, I liked how Vidar and Ayra challenge each other because she needs to realize that there's one person she can count on -- him. Will Ayra put her trust in Vidar? Will Vidar be able to prove that he has what it takes to be by her side, especially since he has to be tough enough to be able to handle her magic as a reaper?

Overall, Ms. McCorkle has delivered a very interesting and satisfying read in this book where the chemistry between this couple was intense; the romance was nicely-detailed and had me hoping for the best for this pair since the ending had me on the edge-of-my-seat with worry for the main characters because of what's going on. Will Ayra and Vidar be able to handle everything thrown at them? I would recommend Twice Turned by Heather McCorkle, if you enjoy paranormal romance, the friends to lovers trope or books by authors NJ Walters, Lisa Kessler, Opal Carew and Milly Taiden. 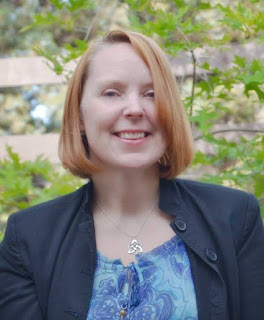 Heather is an author of historical, fantasy, and steampunk. When she’s not writing or surfing her social networking sites, she can be found on the slopes, the hiking trails, or paddleboarding. As a native Oregonian, she enjoy the outdoors almost as much as the worlds she creates on the pages. No need to travel to the Great Northwest though, you can find her on her website, and Monday night’s on Twitter where she co-moderates the #WritersRoad chat.