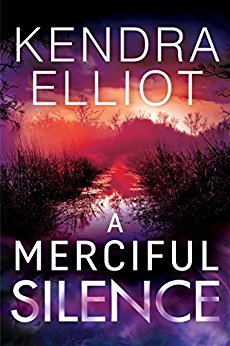 In the fourth book of the Wall Street Journal bestselling series, FBI agent Mercy Kilpatrick must unlock the mystery of a mass murder, and the secrets of its silent witness…
For Mercy Kilpatrick, returning to rural Oregon has meant coming to terms with her roots. Raised as a prepper, Mercy is now relying on her survivalist instincts to defend her town from the people the law can’t reach. But this time, an investigation calling up a dark past for her and police chief Truman Daly may be hitting too close to home.
A rainstorm has uncovered the remains of five people—a reprise of the distinctive slaughter of two families twenty years ago. Except the convicted killer is in prison. Is this the case of a sick copycat, or is the wrong man behind bars? One person might have the answer. The lone survivor of the decades-old crimes has returned to town still claiming that she can’t remember a thing about the night she was left for dead. As the search for the truth becomes more dangerous, Mercy fears that the traumatized woman may not have buried her memories at all. She might be keeping them a secret. And there’s a price to be paid for revealing them.

In A Merciful Silence (Mercy Kilpatrick #4) by Kendra Elliot, when a rainstorm unearths a mass murder, Mercy Kilpatrick is called in to investigate. Knowing that similar crimes happened years ago, Mercy must look into the past to see if there's any connection, especially when there was a survivor. But the deeper she gets into the investigation, the more danger it brings to her and those she loves. Will Mercy be able to solve the case or will she pay the price no law officer should have to face in losing someone she loves?

What a wild and thrilling ride Ms. Elliot takes readers on this suspense-filled book that offers some chilling moments because of what happens to the hero; and where emotions run high for not only the heroine but some of the secondary characters, as Mercy does her best to solve the case she's investigating. The way this story started drew me in immediately because it sounds like it's going to be a harrowing investigation, considering Mercy needs to factor in past crimes and discover whether the same person that did it back then is the same person committing the crimes now or whether they have a copycat. Will Mercy get to the bottom of what's going on before another person gets hurt or even killed?

With the dialogue, it was intense due to the main characters back stories and everything Mercy and the man she loves go through to get justice for the victims. Will Mercy be able to keep her head on straight, even when those she cares about are in trouble? Moreover, the heroine is resilient, courageous and I liked how good of a law enforcement officer she is in the way she remains the constant professional, even though there are moments where I couldn't blame her if she happened to break down.

Overall, Ms. Elliot has penned another fantastic read for this series where the ending had me on the edge-of-my-seat with worry for Mercy and her partner and whether they'd put an end to what's happening before anything more bad than has already happened happens. Will Mercy come out on top? I would recommend A Merciful Silence by Kendra Elliot, if you enjoy romantic suspense or books by authors Melinda Leigh, Laura Griffin, Allison B. Hanson and Tee O'Fallon.