In Forgotten (McKenzie Ridge #3) by Stephanie St. Klaire, Morgan Jameson's life gets turned upside down when a mysterious stranger is found unconscious on her property. Having no-one declare him missing and the man not knowing who he is, Morgan offers him a place to stay for a while. However, the longer he stays around, the more dangerous things become. Can Morgan and her mystery man figure out who is targeting him, so they can have a shot at happy ever after; or will discovering her mystery man's name tear them apart?

This is the first book I've read by Ms. St Klaire, and I've got to say that this story does not disappoint. Right from the beginning, this book was riveting, fast-paced and made me laugh, as Morgan has such great friends that need her help. The way they were talking about delivering something was quite amusing, and had me reading quickly wanting to discover just what they were delivering. Turns out it wasn't what I was thinking. However, it was the moment when the hero entered this story where things really got interesting and where this book became a real page turner.

As for the dialogue, it was intense due to the main characters back stories and everything that happens to the hero and heroine throughout this story. The person targeting the hero causes some huge trouble that threatens both their lives and those moments had me on the edge-of-my-seat, wondering whether everything would turn out for the best, because there were some close calls. However, the dialogue wasn't all intense. There was plenty of playful banter between the main and secondary characters, especially Jesse and Granny Lou. Both are absolute hoots with Jesse constantly trying to get a rise out of Blake and Granny Lou being the elderly resident of McKenzie Ridge that loves to have fun and do a bit of match-making.

I really enjoyed both the main characters, but it was the secondary characters in Morgan's friends and Granny Lou that made this story all that much more. Their dialogue and the support they offer each other proves just how good it is to be a part of a small town. As for Morgan, she's strong, brave and I liked how determined she is to help the hero. Can she along with her partner, Blake, find the person causing all the trouble for the hero?

Moreover, the heroine faces some tough challenges such as wondering if she can trust someone she's known for a long time when he has something against her mystery man, and the decisions she has to make concerning the hero. When they learn the truth of the hero's identity, will she take a chance on him or let him go? While the hero, I felt sorry for him at times, because of the tough decisions he had to make and how frustrating it is for him not to be able to remember. When he does begin to remember, how can he be sure that nothing bad will happen? Yet, what I liked most about the hero was how protective he was of the heroine.

Overall, Ms. St Klaire has penned a fantastic romantic suspense in this book, which had my pulse pounding at times due to the suspense, had me swooning because of the hero's adoration for the heroine and delivered some hot sex scenes that did justice to this couple's intense chemistry. The way this story ended was wonderful, as the hero was determined to fight for their love and show Morgan that nothing can keep them apart. However, although things ended well for the hero and heroine, the epilogue left me reeling with shock. Will a certain secondary character be all right? I would recommend Forgotten by Stephanie St. Klaire, if you enjoy romantic suspense or books by authors Elle James, Susan Stoker or Pamela Clare. Just make sure when you do read this book to have some tissues close by, as you may need them!

BLURB:
Morgan Jameson’s life becomes anything but routine when an unconscious man is found on her property. When her handsome stranger wakes up as a mystery without an identity to recall, Morgan takes him in. The mystery broadens when endless chaos and mischief lands in McKenzie Ridge.

Working on Morgan’s ranch, to earn his keep, the mystery man can’t help but feel at home. When Morgan catches his eye, and holds his heart, he’s content with not knowing who he really is. That is, until it is all threatened.

Shots are fired, and danger ensues but is it a result of the new guy in town, or at the hands of one of their own? One thing is certain; it isn’t just love on the line, its lives too. Does love triumph or end in tragedy in McKenzie Ridge.
BUY LINKS: Amazon / B & N / iBooks / KOBO 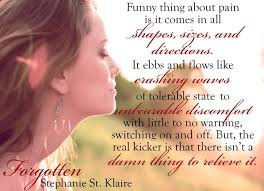 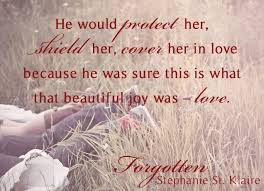 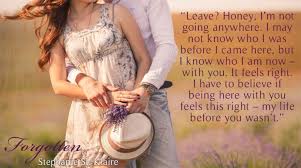 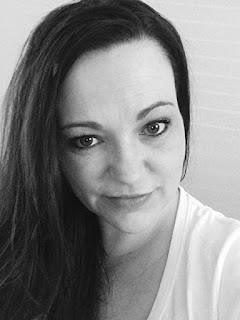 Stephanie St. Klaire debuted in 2016, launching her writing career with Rescued, the first book in the six book series known as McKenzie Ridge. Stephanie is a Pacific Northwest native currently living in Oregon with her husband, five childnre, and two ferocious lap dogs.
As a writer, Stephanie brings realistic circumstances to the pages, and fills them with real emotion, reactions and outcomes. Her characters are passionate, have bold personalities, and full of life. She writes happily ever after's, with plenty of twists, turns, drama, and of course, steamy romance.
Stephanie has always been a story teller, with the gift of 'gab', and a life-long goal to be a writer. Unfortunate circumstance with her health, finally afforded her the time to do so. Irony at its best, she began writing her first novel at an adverse time, to escape her circumstance and explore the stories in her imagination for relief. She is happy to share those stories with her readers, and bring a little fun, entertainment, and of course smexy characters to the pages.
Follow Stephanie St. Klaire on Social Media to learn more about her, and to keep up with her work.