RELEASE BLAST: HOT FOR THE FIREMAN by GINA L. MAXWELL 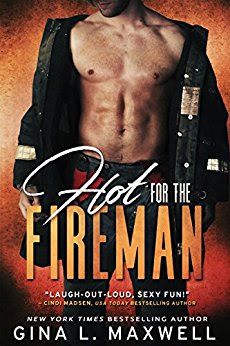 BLURB:
Ex-Army Ranger Erik Grady lives for the job. So when his chief at the Boston Fire Department offers him two choices—mandated therapy for supposed PTSD or a permanent desk job at the station, he reluctantly agrees to see a shrink. Only this doctor is unlike anything he expected. Female and curved in all the right places? Check. Hotter than a four-alarm fire? Check. The kind of woman that can heat his blood in and out of bed? Check, check. And oh, yeah, he just happens to have firsthand experience...
Of all the men to walk into psychologist Olivia Jones' office, why did it have to be him? Her one-night stand isn't playing by the rules of just. One. Night. She’s had her heart broken in the past, and no way is she going there again. And now he's blackmailing her into three dates? Well, if that's what it takes to make him see a different therapist, fine. She can handle it. So what if the chemistry between them is combustible? She's a professional, damn it. She'll date Mr. I'm Too Sexy For My Bunker Pants. But it won’t end in the fun he expects.

It’s time to see how much heat this fireman can take...

“Sounds like a plan. Actually, it sounds like a date. Our second official one, to be exact.”
Olivia chuckled. “What are you talking about? We’ve had dozens of dates.”
“On the contrary, Dr. Jones, watching movies and hooking up at our respective apartments is not a proper date. Attending a party at your parents’ house, however, is definitely a date-type thing.”
“But my parents won’t even be there.”
“What about your godfather?”
A slow smile curved her lips. “Yes, I suppose Uncle Eddie and Aunt Tish will be in attendance.”
“There, you see? Anything that includes your family and my therapist is definitely an official date.” Erik gave her a sly grin and crowded her into the corner where the equipment lockers met the wall. “Come on, humor me. Calling it a date makes me feel like I’m not only a piece of meat being used for my body.”
“Fine,” she said with an exaggerated sigh and roll of those sexy hazel eyes. “It’ll officially be our second date. But just so we’re clear, I am only using you for your body.”
Peering up at him coyly through the dark fringe of her lashes, Olivia placed a single manicured nail at the hollow of his throat and dragged it down the center of his body. The muscles of his torso flexed and shuddered in its wake, shooting signals to his cock and balls that it was time to play. Thankfully, he still had a small supply of blood in his brain that prevented him from hauling her into his office and fucking her over his desk. Christ, that’s getting added to the fantasy bucket list. For now, though, he had to postpone the fun until later.
“Oddly enough, I’m very okay with being your boy toy, and I encourage you to get as much use out of me as you can. Now, I don’t know if you know this, but I also happen to be a firefighter. So if you’ve got any hot spots you need checked, I’d be more than happy to bring my hose by later and check them out thoroughly.”
“Mmm, that’s the best idea I’ve heard all day. You’re such a do-gooder, Lieutenant Grady.”
“Just doing my civic duty, ma’am. But you better get out of here before I decide you need to take the afternoon off so I can do some initial inspections.”
Laughing, she bussed him on the lips quickly and ducked under his arm, giving him a sexy wink before leaving him with the biggest hard-on that’d ever graced the firehouse gym. Fuck me. Time for a cold shower. 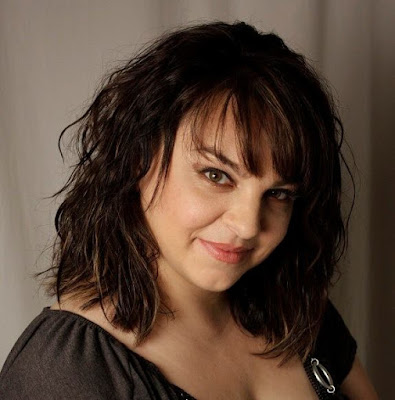 Gina L. Maxwell is a full-time writer, wife, and mother living in the upper Midwest, despite her scathing hatred of snow and cold weather. An avid romance novel addict, she began writing as an alternate way of enjoying the romance stories she loves to read. Her debut novel, Seducing Cinderella, hit both the USA Today and New York Times bestseller lists in less than four weeks, and she’s been living her newfound dream ever since.
When she’s not reading or writing steamy romance novels, she spends her time losing at Scrabble (and every other game) to her high school sweetheart, doing her best to hang out with their teenagers before they fly the coop, and dreaming about her move to sunny Florida once they do.
Author Links:   WEBSITE | FACEBOOK | TWITTER | GOODREADS