SPOTLIGHT & GIVEAWAY: MASQUERADING WITH THE BILLIONAIRE by ALEXIA ADAMS 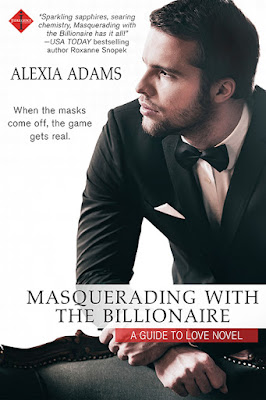 World-renowned jewelry designer Remington Wolfe is competing for the commission of a lifetime and someone is trying to destroy his company from the inside. He’s in for more than one surprise when his unexpected rescuer turns out to be a sexy computer specialist with a sharp tongue and even sharper mind.
Kat Smith is a cyber-security expert and master of disguise. So being assigned to masquerade as Wolfe’s girlfriend while she uncovers who slipped malicious code into his corporation’s computer systems is no problem. But when Kat’s past catches up to her and their fake relationship starts to feel a little too real, problems are all she seems to have.
Buy Links:   AMAZON | B & N | ITUNES | KOBO

She took a deep breath. “As I don’t have a UK work visa, though, your HR department might figure out that something’s up. The other option would be for me to pretend to be your girlfriend.” She winced as his foot slid off the clutch mid-shift, and the car protested his attempted gear change.
“What makes you think I don’t already have a girlfriend? I don’t double dabble.”
She laughed, and he white-knuckled the gearshift. “Bonus points for the computer term. Have you been studying?”
“A little. But I realized I was out of my depth and had to call in an expert.” The look he sent her this time implied he still doubted her credentials. He’d see soon that she knew her stuff.
It probably wasn’t fair that she knew so much about him when, as shown by the fake cat-lady photo, he knew nothing about her. “I’m an expert. For example, I know that unless you’ve switched to more discreet female companionship, your last intimate relationship ended five weeks ago. She claimed you were, and I quote, ‘emotionally unavailable.’ But judging by the number of photos on Instagram of her kissing her dog, I assume you got tired of your girlfriend tasting like Shih Tzu.”
His laugh filled the car and drew an answering smile from her. “You’re not wrong. But how did you know I broke up with her? Maybe she shattered my heart?”
“Because shortly after your name stopped appearing in her social media feeds, she was suddenly sporting an expensive-looking tennis bracelet. I doubt men who get their heart shattered give their exes break-up jewelry.”
He shrugged but his face was still lit by a smile. “I write it off as a marketing expense.”
“I bet you have a whole line of relationship termination pieces.”
“True. I call it the ejection collection. Makes me a fortune.”
“Well, rest assured, I won’t be demanding any rocks if we go the fake girlfriend routine. Smacks of payment for services rendered to me.”
That elicited a raised eyebrow. “Will services be rendered? This is sounding like the better option.” 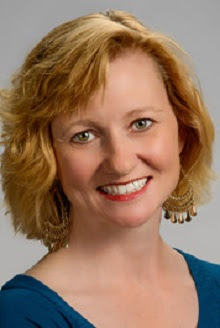 A former world wanderer, Alexia Adams writes contemporary romance stories that reflect her love of exotic destinations and diverse characters and cultures. She currently lives near Vancouver, Canada with her husband and four children and dreams of a world without housework. As a flight risk mom, romance is her escape and she can often be found with her nose in a book, pretending she’s somewhere else. Check out her website, and sign up for her monthly newsletter to discover your next escape.
Author Links:   WEBSITE | FACEBOOK | TWITTER | GOODREADS