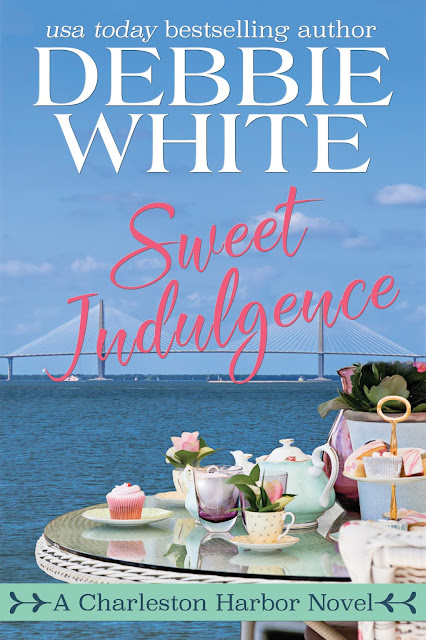 
Annie McPherson has had it with all the blind dates her grandmother and auntie set her up with. She just wants to be left alone to run the Sweet Indulgence cupcake bakery – even if it means she’ll remain single forever.


Jack’s just been through a gut-wrenching break-up, and women are the last thing on his mind. Now he’s on a mission to pick up cupcakes for his niece’s birthday party—not a mission to fall in love.

Pulled in by Annie’s good looks and witty charm, though, temptation proves too sweet.

But will Annie’s pesky grandmother and auntie welcome Jack as Annie’s choice or will they have him jumping through hoops to prove he’s the one?

Fans of Debbie Macomber, Sherryl Woods, and Susan Wiggs are sure to love Sweet Indulgence, the first sweet romance novel in the Charleston Harbor series.

This book is too sweet to pass up!

In Sweet Indulgence (Charleston Harbor #1) by Debbie White, Annie McPherson has had it with the matchmaking schemes of her aunt and grandmother, but the only way they're going to stop is if she finds a man of her own or tells them that she's had enough of their schemes.  Unfortunately, the latter is out of the question since she's a good niece and grand-daughter. Luckily, Jack coming into her bakery is perfect. Will Annie take a chance on Jack, or will they lose their shot at happy ever after?

This book started off really well and I loved the moment where Annie and Jack meet, as she's flustered and determined to prove her bakery is worth coming back to with her friendliness and tasty cupcakes. Will she win Jack over? However, in saying that, I found this story didn't offer much in the way of tough obstacles the hero and heroine had to overcome to be together and there was no critical moment where the relationship between this pair goes awry. Really, it seemed their relationship was a little too perfect and sweet.

As for the main characters, I did like both. Annie is independent, witty and I liked how she would do anything for family. I also liked how witty she was and the fact that she gave her opinion, especially when it came to her sister's friend that comes to visit. Will she be able to give her sister's friend a chance? While the hero, his last relationship was a disaster, but I'm glad that he took a chance on Annie because she's good for him just like he's good for her. I also liked how close he and his family were, and how welcoming they are towards Annie.

Overall, I did like this book by Ms. White where the chemistry was nice and strong; but the ending had me a little disappointed because there was no big critical moment where these two went their separate ways and then got back together. Yet, in saying that, I did like how things worked out for these two, as they both deserve to have found the happiness they've found together. I would recommend Sweet Indulgence by Debbie White, if you enjoy the matchmakers trope, the mysterious strangers trope, or books by authors Susan Wiggs, Debbie Macomber and Sherryl Woods.

Annie retrieved two bottles of ice cold water. She handed Jack one. “Why is the boat in between names?” She took a sip of the water. It felt great on her parched lips, and the cool water quenched her dry throat.

“That’s a long story.” He peered out into the water before them.

She took another gulp of water. It really tasted good. He was right. The heat could really sneak up on you when you’re riding in a boat.

“Well, we have time for long stories, don’t we?” She batted her lashes. She wasn’t letting him off the hook that easy.

“I had a girlfriend.”

“You named your boat after a girlfriend?” Annie frowned.

“She was more than a girlfriend. We were engaged to be married.” His eyes never left the water.

“A fiancée, we call people we are engaged to be married to fiancés.” She giggled.

He turned quickly with furrowed brows then he resumed with eyes steady on the water.

“I’m kidding.” She touched his arm and withdrew it quickly. “Anyway, you named the boat after your fiancée and now you two are no longer a couple, so the boat is nameless,” Annie spoke freely.

“That’s about the size of it.”

“How about you give the boat a name that means something to you that would never change?”

Jack looked back over his shoulder and then turned back around toward the front of the boat. All of a sudden, he cut the engine and they began to drift. He turned and sat down, bringing his bottle of water to his lips and drew in a drink. “I thought about that. But I’m terrible at naming things.”

“Let’s see. I named my dog Buffy because of her color.” Annie searched the boat with her eyes for clues. “How about Lady Luck?”

“I’ve seen a few named that. I want something more original.”

Annie lowered her gaze and stared at her bright pink toe polish. She raised her head quickly. “I know. How about Lady Powell?” 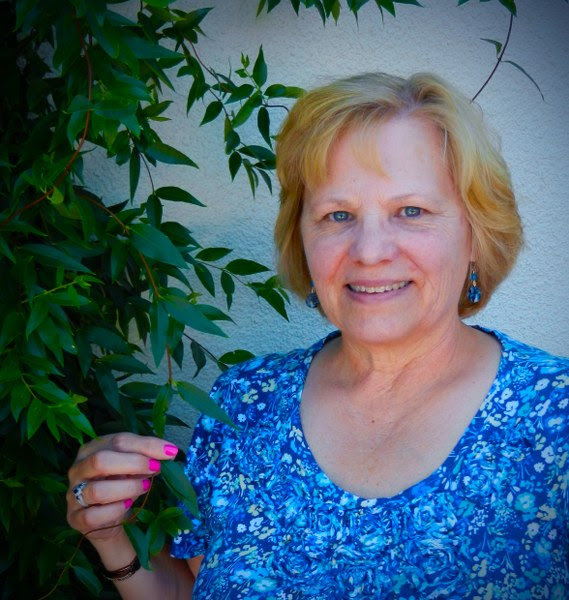 Debbie is a USA Today Bestselling Author. She currently lives in northern California where the hills are dotted with vineyards and the jagged coastline is nearby. Many of her books describe the beautiful area she calls home. She avidly supports animal rescue by donating a percentage of all book sales to rescue groups nationwide! Now here are a few more interesting tidbits of information about her!

1. Her spouse served in the U.S. Air Force for over 20 years. She uses some of her experiences as a military wife in some of her stories.

2. She has two granddaughters and a grandson.

4. She hasn't always dreamed of writing, but she's always loved reading and decided she'd give it a try. Her fans love her so much, she's still putting out books three years later.

5. Her very first book, The Salty Dog was an Amazon Best-seller.

6. You can follow all the latest news about releases, book signings and more on her website http://www.authordebbiewhite.com