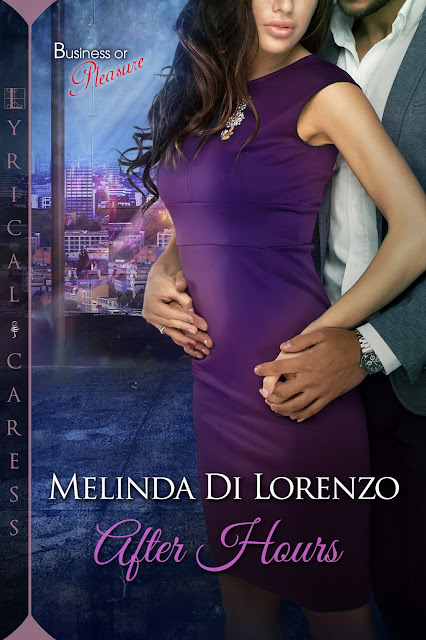 Six foot two. Lips to die for. And boy, can the man fill out a suit. The gorgeous stranger sending Aysia Banks steamy looks from across the bar is the perfect way for her to take her mind off her high-stress job, and maybe even forget about her ex.. An invitation to dance leads to a smoldering night, which turns into a weekend of uninhibited, toe-curling, blow-your-mind passion. Things are starting to look up for Aysia—until Monday morning . . .

Another city, another company to save. It’s nothing new to executive Marcelo Diaz, who’s used to calling the shots and getting what he wants. But what is different, is Aysia: the vixen he spent the weekend rewriting the entire playbook with. But before Marc can take things any further he’s shocked by what he discovers . . .

Marc was hired to keep his employer’s reputation squeaky clean.

Part of Aysia’s job is to enforce her department’s strict no-dating rule.

And they work for the same company.

Now, with their red-hot connection doused by office policies and politics, Aysia and Marc try to put their fling behind them. It should be easy. But when a behind-the-scenes power play threatens their careers, they’ll have to bring their hearts to the table . . .

In After Hours (Business or Pleasure #1) by Melinda Di Lorenzo, Aysia Banks knew getting involved with a co-worker was a recipe for disaster, especially since there's a no fraternising policy within the company where she works. So, now she's single again, and determined to focus on her career. However, she never imagined meeting a man that could make her forget herself. Yet, when she discovers that they both work the same company, Aysia is determined to keep things strictly professional. But with someone determined to mess everything up for her, will she trust Marcelo 'Marc' Diaz -- the man she has such an intense connection with, or will she walk away from her chance at happy ever after because of the rules?

This is the first book I've read by Ms. Di Lorenzo, and I've got to say that I can't wait to read more of this series after finishing this book, as it was a captivating read with fantastic characters, riveting dialogue and a fast-paced storyline that had me hoping for the best for Aysia and Marc, as they have some tough obstacles to overcome. Will Aysia break the rules again because she and Marc are good together and he could be 'the one'?

The way this story started had me hooked from the very beginning, as Marc is determined to do a good job and isn't about to let anything interfere, which is proven by the way he learns who is good for the company and who isn't. Will he fire anyone? However, it was from the moment the hero and heroine came face-to-face for the first time where this story gets very interesting, as Marc knows who Aysia is from something he recently found at work and he's determined to protect her. Will his plan to protect her backfire?

Both the main characters were fascinating, likeable and I enjoyed their interactions, as Marc was determined to win the heroine's heart, even though that isn't easy after she learns they work together. I also enjoyed their back stories, as Marc didn't have it easy after what happened with his dad, but at least the family had a loyal friend in the man he's come to work for. Moreover, the heroine was strong and brave in taking a chance on Marc, even though she's breaking the rules and could get herself in trouble due to what's happening that the hero is determined to protect her from. I also liked how important her job was to her and that she wasn't going to let anything stand in her way of getting ahead in her career. While the hero, he's confident, charming and I liked how determined he was to win Aysia's heart, because he knows Aysia is the woman for him. Really, nothing and no one will stand in his way. Certainly, not what someone is holding over him about Aysia.

Overall, Ms. Di Lorenzo has delivered a really good read in this book where the chemistry between this couple was powerful; the romance full of exquisite heat and passion; and the ending had me worried for this couple's happy ever after as Aysia feels betrayed, but had me liking how Marc makes things right with her. His words and actions certainly go a long way in making sure she understands that he would do anything for her because she's the woman he wants forever. I would recommend After Hours by Melinda Di Lorenzo, if you enjoy workplace romances or books by authors Vicki Tharp, Laura Carter, Abigail Strom and Virginia Taylor. 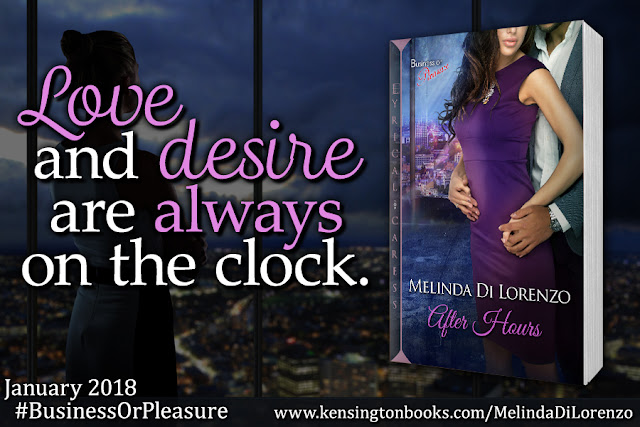 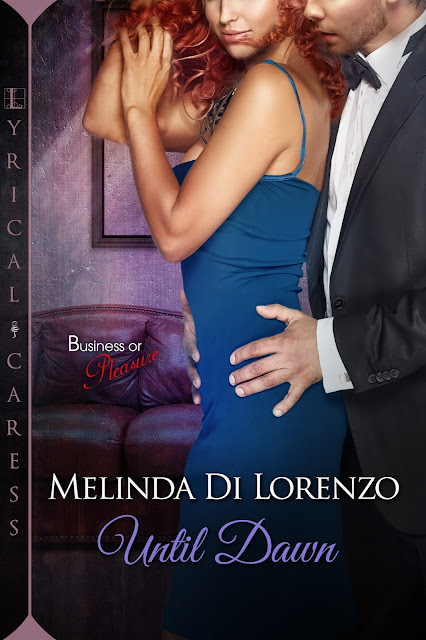 Amazon bestselling author Melinda Di Lorenzo lives on the beautiful west coast of British Columbia, Canada, with her handsome husband and her noisy kids. When she's not writing, she can be found curled up with (someone else's) good book. Visit the author at melindadilorenzowrites.blogspot.com, find her on www.facebook.com/MelindaDiLorenzo, and follow her at twitter.com/melindawrites.