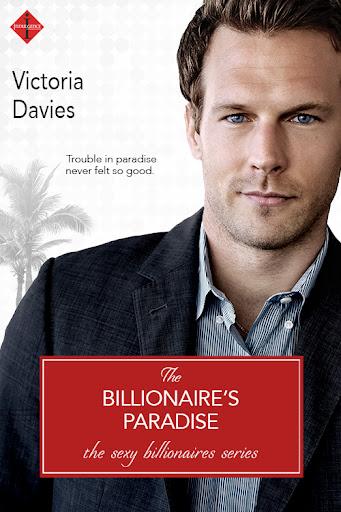 Avery Clark loves her life. She travels the world doing a job that keeps her so busy she can’t think about how lonely she is or the fact that she hasn’t had day off in two years. This trip to paradise is a chance for her to get some sun and have a Mai Tai or three. That is until she runs into billionaire hotel mogul Hayden Wexton, who is absolutely one hundred percent off limits.

Hayden Wexton is a man who knows what he wants. As soon as he sees Avery, he can’t get her out of his head. He’s determined to show her life can be fun and she can still get her work done. Only, the more time he spends with her, the more she gets under his skin. That was definitely not a part of his plan.

Avery never makes mistakes, but with Hayden, well, hell, he might just be the best mistake she’s ever made.

In The Billionaire's Paradise (The Sexy Billionaires #3) by Victoria Davies, Avery Clarke and Hayden Wexton spent an incredible night together, but for Hayden one night wasn't enough. So, when Avery accepts a job working for Hayden to discover why one of his hotels isn't bringing in the money it once was, she knows she needs to keep her distance from the man she's never been able to get out of her head. However, Hayden knows what he wants and what he wants is Avery. Will he be able to convince her that they're good together, or will the hurt of their past relationships keep them from ever giving happy ever after another chance?

Having read the first two books of this series, I have to say that this story is another wonderful addition to Ms. Davies Sexy Billionaire series and where right from the beginning, this story was captivating, fast-paced and I loved the hero's confidence in believing he can win over the heroine immediately with his charm. Too bad the heroine has other ideas and is determined to resist Hayden. How long will it take for him to win Avery over?

As for the dialogue, it was well-written, engaging and I loved the main characters back stories. Both have had relationships that went sour and have kept them from giving happy ever after another chance, but I loved how the hero and heroine worked to earn the trust of the other. Hayden may be a rich man that loves the attention he gets from women, but I liked how honest he was about his playboy ways and how determined he was to win the heroine over. Certainly, Avery is good for him in the way she shows him that love is worth fighting for and everyone deserves a second shot at happy ever after, no matter how disastrous their past relationships were.

While the heroine, she's resilient, courageous and I liked how good she is at her job. She's persistent in getting to the source of the problem and why the hotel isn't bringing in the money it used to. I also liked that the heroine was willing to give the hero a chance, even though she knows she could end up with a broken heart even more than she had after what her ex-husband did to her. Yet, what I liked most of all about the heroine is her ability to be able to resist the hero as long as she did, considering how charming and confident Hayden was and that she was very attracted to him. He may be like her ex in terms of being rich and charming, but he's different too, which is palpable in what he admits to her about what he's been doing or not doing since their night together.

Overall, Ms. Davies has delivered a fantastic read in this book where the main characters were wonderful and kept me entertained from start to finish with their chemistry and romance, which was intense, delightful and passionate; and the ending had me smiling, because Hayden was determined to do everything he could to win Avery back. Then again, how could Avery ever doubt he would do anything to hurt her after all he went through with his one and only long-term relationship? However, it was the epilogue that wrapped this story up perfectly, because of Hayden's surprise for the heroine. No longer could he go on without showing the heroine that she means everything to him and that he wants to be with her forever. I would recommend The Billionaire's Paradise by Victoria Davies, if you enjoy the second chance romance trope, the opposites attract trope or books by authors Naima Simone, Diane Alberts, Katee Robert or Samanthe Beck.

I wasn’t sure if this one was interesting enough…

“Why are you really here, Hayden?” she asked, her voice low.

His eyes darkened, dipping to her lips before returning to meet her gaze. “You know the answer to that.”

“I’m not interested in being another notch in your bedpost.” She winced and added, “Again.”

He took a step closer, invading her space as she breathed in his cologne. “Why?”

She looked up. Even in her heels, she had to tip back her head to accommodate his height. “I don’t make mistakes twice.”

He leaned closer, his breath tickling the shell of her ear. “Really? Because if that night was a mistake, it’s one I’d love to repeat over and over.”

Just admit it. I would, too.

But Avery had been down this road before. Different man, same heartache. As much as she’d love to let Hayden quiet her mind with undeniable pleasure, she knew her own limits. And casual sex wasn’t something she’d ever really gotten a knack for.

Putting a hand on his chest, she pushed him away, trying to ignore the feel of his rock-hard muscles beneath the soft Armani shirt.

“If I’m here for any other reason than to fix your hotel, then tell me now and I’ll be on the next plane home.”

He crossed his arms over his chest. “You signed a contract.”

“And I’m happy to fulfill it, provided you’re clear about where we stand on personal matters.”

“Crystal. I’m your dirty little secret,” he replied with a nod.

Dealing with the man was going to give her a migraine. Rubbing the bridge of her nose, she said, “It was just one night in an otherwise long and profitable working relationship for us both. Can’t we focus on that?”

“We could,” he replied, his gaze sliding down her body. “But it’s not nearly as much fun to think about in the shower.”

“You’re making me late for a meeting with your managers,” she said.

“A meeting that will help me start to see where the hotel is going wrong.”

He sighed dramatically. “It’s always work with you.”

For some reason, the light words made her flinch. Yes, it was. But that was by design. Not everyone had the luxury of treating life as one unending play date.

“All right,” he said. “Since we’re both here, I might as well make myself useful.”

“Funny,” he replied. “Consider me a resource for your investigation. I want to be kept in the loop about your discoveries and your proposals. I wasn’t lying when I said this location was a money maker for us. Since I’m here, I should take an interest in getting it back on track.”

“You’ve never overseen my work on any of the other hotels,” she pointed out. “I doubt you even noticed which hotels I was assigned to.”

“Then it’s about time I took a deeper interest in what you do,” he said smoothly. “We can meet tonight to get an update on your findings. Dinner?”


Check out the other books in The Sexy Billionaire series: 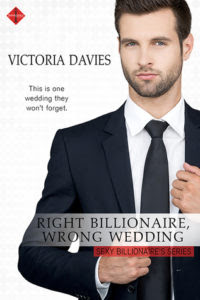 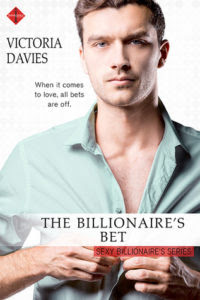 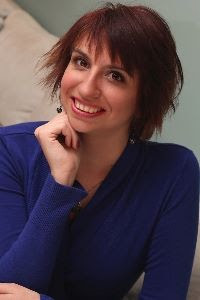 Victoria Davies’s passion for writing started young. Luckily she had a family who encouraged believing in magic and embracing imagination. From stories quickly scribbled in diaries, her love of storytelling developed. Since then her characters may have evolved and her plots may have grown decidedly more steamy but she never lost her love of the written word. Writing is not only a way to silence the wonderful voices in her head, but it also allows her to share her passions with her readers.