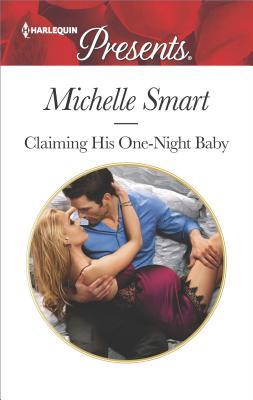 In Claiming his One-Night Baby by Michelle Smart, Natasha Pellegrini and Matteo Manaserro were once very close until she broke his trust and married another man. However, the night of her husband's funeral, things get out of control and Natasha and Matteo surrender to the intense chemistry that still blazes between them. Determined to do whatever it takes to care for Natasha when he discovers she pregnant, he knows he can't afford to fall for her again. But resisting her proves hard and when her secrets are finally revealed, will the hero be able to forgive her, or will they again lose the one person that can fill their lives with the love and happiness they deserve?

Ms Smart is a writer that does the enemy to lovers trope exceptionally well, which is proven by the powerful and emotional back stories and the history between these two that makes Matteo determined to keep his distance after their one-night together, even if he's willing to do right by the heroine; the intense dialogue that made me feel sorry for the heroine because of the secret she's hidden to protect those she cares about; and the obstacles these two face to be together, as Natasha needs to find a way to win back Matteo's trust. Will it be possible, considering how much he hates what she did?

Both the main characters are riveting and I liked how determined the hero was to help protect the heroine from any fallout with her late husband's family when it came to her pregnancy. I also liked how sympathetic the hero was to the heroine's secret once she revealed a truth that no-one even suspected. While the heroine, she's been through so much and I felt sorry for her because of the pressure she felt from her parents to marry the wrong man. I also couldn't help but sympathize with her when it came to the secret she's been keeping and that she felt by keeping it she was protecting those she cared for. However, in saying that, she was strong and brave when it came to the moment someone was determined to protect her reputation and that she was finally ready to stop allowing her parents to influence any decisions for her.

Overall, Ms. Smart has penned a fascinating read in this book where the chemistry was intense; the romance full of affection and showed how much these two cared for each other, despite what Natasha did to him; and the ending had me empathizing with the heroine because of what happens between Matteo and Natasha that breaks them apart. However, I enjoyed that Matteo made things right with Natasha, especially in the moment where she finds herself in the spotlight and hounded by those that love to expose secrets. I would recommend Claiming his One-Night Baby by Michelle Smart, if you enjoy the enemy to lovers trope or books by authors Miranda Lee, Cathy Williams, Carole Mortimer and Kate Hewitt.

Seeing Natasha Pellegrini at her husband's funeral propels Matteo Manaserro back to a time before she shattered his trust. Caught in a potent mix of emotion, they surrender to their explosive passion...

Unable to share the truth about her passionless marriage, Natasha is a virgin until Matteo's touch brands her as his.

When Matteo discovers Natasha is pregnant, he knows they must present a united front. He may never trust her, but he's intent on claiming his baby. Except he hasn't bargained on their insatiable chemistry binding them together so completely!