BLOG TOUR - REVIEW & GIVEAWAY: THE IMPORTANCE OF BEING SCANDALOUS BY KIMBERLY BELL

He’ll go along with her scheme,
even if it means ruining them both. 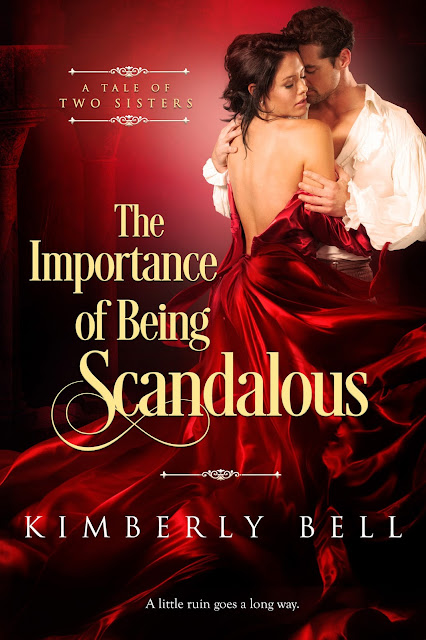 In The Importance of Being Scandalous (Tale of Two Sisters #1) by Kimberly Bell, Amelia Bishop will do anything to be rid of her fiancé. However, no matter how scandalous the things she does are, her fiancé is determined to stick around. Convincing her childhood friend Nicholas Wakefield to help her end her engagement should be easy, especially when he's determined to show her that she has options. Will Nicholas be able to convince Amelia that he's the best man for her, or will their families do everything in their power to keep them apart?

This is the first book I've read by Ms. Bell and I absolutely loved it due to the fast-paced storyline that had me amused because of the heroine's efforts to get her fiancé to call off their engagement; the fantastic secondary characters that are willing to do anything to see the main characters together and happy; and the dialogue that had me sympathizing with the hero and heroine because Amelia's fiancé is a real piece of work that will do whatever it takes to stay engaged to the heroine and make her realize she has no options. The way this story started had me empathizing with the hero, as his parents are the height of propriety and are determined to make Nicholas understand that scandals are to be avoided, which means not associating with an engaged woman. Will Nicholas listen?

As for the dialogue, it was well-written, compelling and I loved how the secondary characters are determined to help the main characters, especially Nichola's friend, Jasper. He's an intriguing character that I absolutely adored, because he's so mischievous and determined in his quest to help the heroine. Moreover, the heroine is adventurous, resilient and I loved every effort she went to in convincing her fiancé that they weren't a good match. I also liked the tight bond the heroine had with her sister and that she would do anything for the woman that their mother loves to keep away from society.

While the hero, he's just as incredible a character as the heroine, and I loved that he would do anything for his childhood friend who he's been in love with for years. Will he be able to help Amelia find a way to end her engagement? Furthermore, the hero is kind, caring and I loved the bond he had with the heroine's sister. He treats her like the sister he never had. I also liked that the hero was willing to go against his parents and follow his dream.

Overall, Ms. Bell has penned a wonderful read in this book where the chemistry between this couple was strong, the romance shows how right these two are for each other, and the ending had me feeling sorry for the heroine because of how far some people are willing to go to see her married to her fiancé. However, I loved how things worked out for Amelia and Nicholas. Certainly, it's palpable nothing could keep them apart. I would recommend The Importance of Being Scandalous by Kimberly Bell, if you enjoy Historical Romances, the friends to lovers trope or books by authors Tina Gabrielle, Callie Hutton, Stacy Reid and Darcy Burke.

BLURB
A horse race in trousers on Rotten Row. Visiting a gaming hall in a dress that would make her mother faint. Sneaking an invitation to a masquerade ball attended by only the wickedest, most debauched members of society… None of these things are scaring off bookish but strong-willed Amelia Bishop’s stuffy, egotistical fiancé.

The only thing left is to entice childhood friend Nicholas Wakefield into a truly engagement-ending scandal. The Wakefields are the height of propriety, and Nicholas’s parents have made it clear a wife from the neighboring Bishop family would be unacceptable…

But Nicholas would give up his family and his fortune if Amelia would ever see him as more than just a childhood friend. He’ll go along with her scheme, even if it means ruining them both, because he’s got a plan that will change her mind about him being merely the boy next door.

Nicholas tried to stay close to Amelia when they insinuated themselves into the crowd around Lady Chisholm, but Amelia kept insisting they should stand apart. He strongly suspected she was trying to insulate him from the scandal she was about to cause. He had no one but himself to blame for her thinking that way. Their whole lives, he’d let his family name hold too much sway. Somehow, he would have to convince her things were different now.

“I rather like the new styles from the continent,” some young miss made the mistake of saying.

“Nonsense,” Lady Chisholm barked. “They stray much too far from tradition.”

From the other side of the group, Amelia spoke up. “I don’t think they stray nearly far enough.”

“I said I don’t think they stray nearly far enough.”

“I heard you, Lady Amelia. I only hoped I was mistaken.”

Amelia frowned. Nicholas thought she might give up, but then her shoulders straightened and she lifted her chin. “Are you mistaken often?”

“Rarely.” Montrose’s aunt peered at Amelia. “And what do you imagine might be appropriate attire for a young lady?”

A murmur went up through the crowd. It was everything Nicholas could do to hold in a laugh. All the more so because he knew Amelia was being honest. In this regard, he was on Lady Chisholm’s side. He’d seen Amelia in trousers a number of times and he knew how distracting it was. Were it to become a popular trend in women’s fashion, the entire country would devolve into anarchy inside a week. 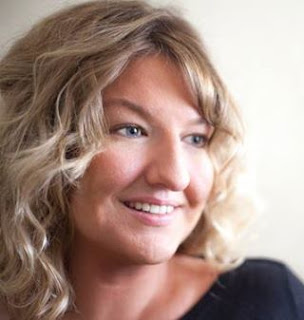 Kimberly Bell writes historical romance from her cabin in South Lake Tahoe or the beaches of Southern California (it’s a super tough life).

She's a pretty hardcore introvert that loves dogs, cheeseburgers, and occasional day drinking. She also spends way too much time on twitter because she thinks she's super hilarious and she’s trying to get that rumor to catch on.