True heroes will do anything to protect the women they love... 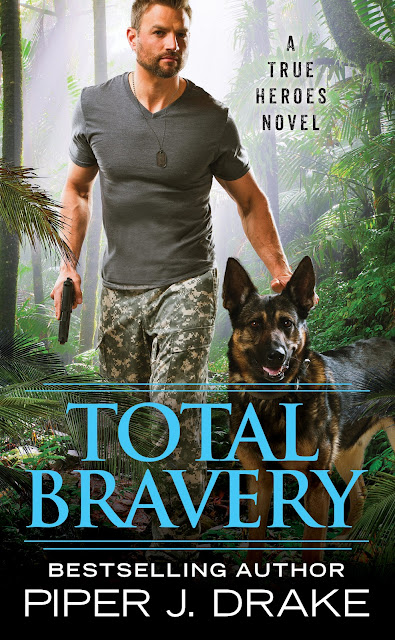 True heroes will do anything to protect the women they love...
As the newest recruit at Search and Protect, Raul has a lot to prove. Luckily, he's got the best friend and partner a man could ask for: a highly trained, fiercely loyal German Shepherd Dog named Taz. Together, Raul and Taz make an unbeatable team. But their first mission in Hawaii really puts them to the test when an international kidnapping ring sets its sights on the bravest woman Raul's ever met . . . Mali knows her latest job has put one hell of a target on her back. And on this small island paradise, there's nowhere to hide. With a service dog like Taz, Mali feels safe. Sharing close quarters with a smoldering muscle-for-hire like Raul, she feels something else - an unexpected wave of desire. Raul feels it too. But when the kidnappers make their move, he's got to turn that slow-burning passion into hard-hitting action - and save the life of the woman he loves.

More from the True Heroes series:

In Total Bravery (True Heroes #4) by Piper J. Drake, Mali knew her latest job could get her the attention of  some bad people, but to be targeted by a kidnapping ring was something she never thought possible. Luckily though, Raul and his German Shepherd partner come to her rescue. However, while Mali is lucky, there are some who aren't. Determined to help, Mali and Raul work together with his team to find out what's going on. But when things turn dangerous, will Raul be able to keep Mali safe or will they lose their shot at happy ever after?

The way this story started sets the fast-pace of the story and drew me in immediately, as Mali is in serious trouble and it had me reading quickly, determined to discover whether she'd find a way to stay safe. However, it was from the moment the hero and heroine come face-to-face for the first time where things get really interesting, as there's instant chemistry between them, but the hero needs to keep his head in the game to be able to help the heroine. Will Raul and his German Shepherd be able to help the heroine, especially once he and the rest of his team realize how bad the situation is for Mali.

As for the dialogue, it was intense due to what the heroine is going through and whether Raul's team will be able to help her, especially when the heroine is determined not to stay in the background while the others investigate. Really, she's resilient, courageous and I liked how determined she was to help Raul's team, especially since she doesn't know what's happened to the others she was with. Will she learn the truth? Furthermore, I liked the bond she shared with her sister; a sister that has done her best to protect her baby sister and make things easier for her. While the hero, he's been through a lot and doesn't find it easy to trust, but I liked that he let the heroine in. She's good for him and vice versa. I also liked how determined the hero was to help the heroine, especially with how far he's willing to go to help, even though things could get dangerous for the pair if they don't keep their guard up at all times when they venture out from what's considered a safe zone for the heroine.

Overall, Ms. Drake has delivered a fantastic read in this book where the ending had me worried for the main characters because of what they're doing, but had me liking how things worked out for the best for the pair, especially since both are determined to do whatever it takes to make a relationship between them possible. I would recommend Total Bravery by Piper J. Drake, if you enjoy romantic suspense or books by authors Katie Ruggle, Katie Reus, Roxanne St. Claire and Maya Blake.

A woman’s voice was on the other end of the line, strained and wary.

“Raul Sá.” He pulled the phone away from his ear to glance at the screen. No traceable caller ID.

“I was calling the Search and Protect Organization.” The woman hesitated. “I’m looking for Arin Siri.”

There was a long pause. “This is Mali, Arin’s sister. Please help me.” 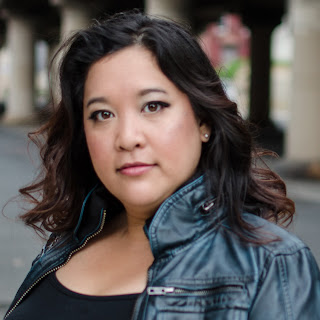