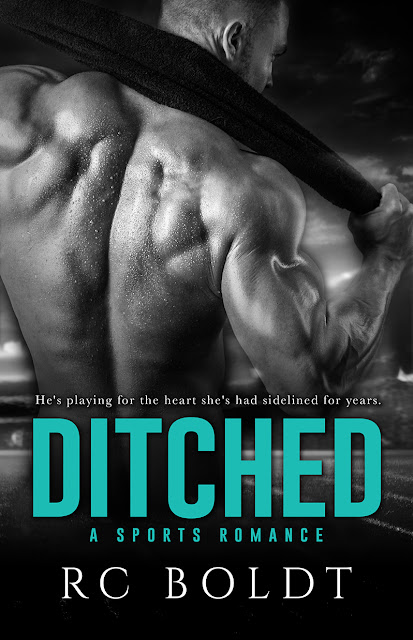 He’s playing for the heart she’s had sidelined for years.

Dating can be a rocky journey. Once the new shine wears off, you may end up with a case of buyer’s remorse.

That’s where I come in. I set the backdrop and coach you through the breakup.

Don't want overblown drama, hard feelings, or a drink tossed in your face? Then I'm your fairy godmother, child.

As an NFL quarterback, endorsement ads and the media pandering after me are all part of the game.

Ivy Hayes is the first woman who doesn't care about my money and the notoriety that goes along with it.

But I'm a long-term guy, and she operates strictly in the now. Which means I need to bring my A-game.

Otherwise, I’ll end up getting ditched.

In Ditched by RC Boldt, Ivy Hayes has never wanted a relationship, but the moment she meets Becket Jones, she can't deny there's something about him that makes her want to get to know him better. However, there are things in her past, she'll never reveal. But when someone uncovers the truth, will the hero be able to handle the reasons why she's kept her past a secret or will they lose their chance at happy ever after?

Ms. Boldt pens an incredible read in this book, which is packed full of emotion that I could feel along with the main characters due to their back stories and the obstacles they face to be together; and which is filled with wonderful characters in both the main and secondary ones, very entertaining dialogue that had me liking the close relationships each of the main characters have with their friends, and had an ending that left me smiling long after this story finished because of the heroine's determination to fight for her relationship with the hero. No way was she going down without a fight.

Both the main characters are extremely entertaining and I could understand why the heroine doesn't do relationships after everything she's been through. How could she possibly trust anyone enough to let her guard down? However, in saying that, she's resilient, courageous and I liked that she was willing to give the hero a chance because he's a good guy that's determined to win her over. I also liked how the heroine's managed to overcome her past in the way she's successful, even though it seems she's buried it and not actually faced it in order to fully move forward. Will she finally confront her past? While the hero, he's confident, talented when it comes to his career as a footballer, and I liked how determined he was to win over the heroine because he knows they could have something good together if she just gives him a chance.

Overall, Ms. Boldt has delivered a superb read in this book where the chemistry between this couple was intense; the romance was wonderful and shows how much the hero wants the heroine; and the ending had me sympathizing with the main characters because of what causes their relationship to go awry, but had me liking what the heroine does to win back the hero. No way would she give up on her relationship with Becket. However, it was the epilogue that wrapped this story up perfectly because of the surprise the heroine has for the hero. I would recommend Ditched by RC Boldt, if you enjoy the mysterious strangers trope or books by authors Jennifer Blackwood, Lexi Ryan, P. Dangelico and Harper Sloan. 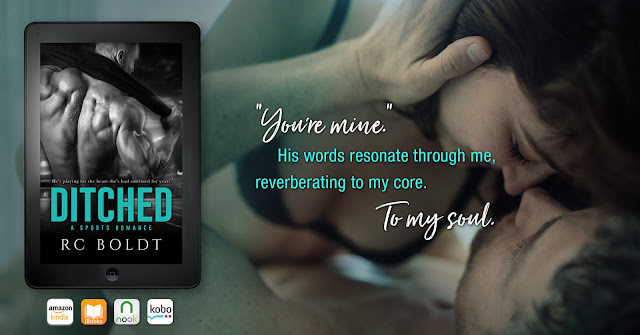 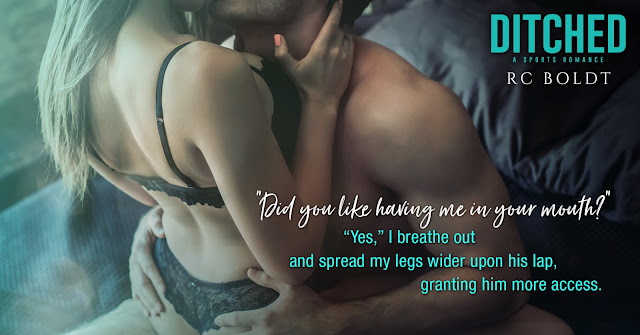 
RC Boldt currently lives on the southeastern coast of North Carolina, enjoys long walks on the beach, running, reading, people watching, and singing karaoke. If you're in the mood for some killer homemade mojitos, can't recall the lyrics to a particular 80's song, or just need to hang around a nonconformist who will do almost anything for a laugh, she's your girl. 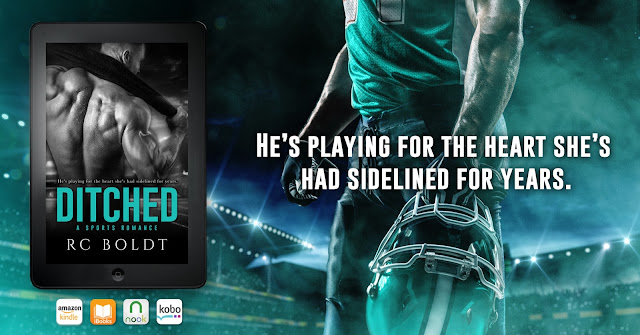