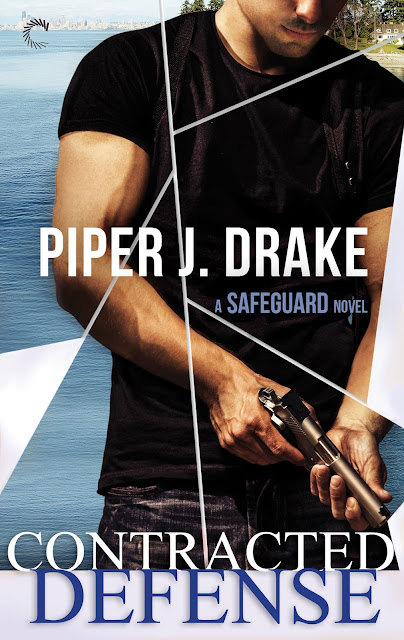 In Contracted Defense (Safeguard #3) by Piper J. Drake, Adam Hicks has returned home with an honourable discharge to his name, but he's missing the action he saw during multiple tours while active duty. Signing on with Safeguard seems like a good idea until he discovers his new partner is the gorgeous Victoria Ash, a woman he's already familiar with. Will the pair working together compromise the assignment they're working or will their attraction be a good thing?

I've read the True Heroes series by Ms. Drake, but I haven't had the chance to read any of the books of this series yet until this one, but I've got to say that this book was an attention-grabbing, fast-paced, gripping read, most especially when this story finally gets to the action and the face off against the bad guys. However, in saying that, I just wished that there was more suspense and action in this book. The way this story started was really engaging and exciting due to the trouble the heroine faces that brings about her introduction to the hero and ignites the strong attraction between them.

As for the dialogue, it was entertaining and had me hooked, as the hero does his best to win the heroine over when it comes to them working together. She's very detail-oriented to the point where she doesn't give up control very easily when it comes to work. Moreover, the heroine has been through tough times and I felt sorry for her when it came to her soon-to-be ex-husband and the problems he's causing her when it comes to their divorce. However, she's a fighter in the way she's resilient, courageous and I liked how determined she was to protect her client and do everything she can to keep them safe, even if it means getting very creative with their escape. I also liked that the heroine didn't give up and that she wasn't afraid to question their client when she thinks he may be hiding something important to do with keeping him safe.

While the hero, he's been through so much due to his time in the military that makes him seem like enemy number one to one of the secondary characters. Yet, he's confident, charming, determined to do whatever it takes to work with the heroine and I liked how protective he was of the heroine when it came to when things became very dangerous for the pair and their client. Even though the heroine can take care of herself when it comes to going up against an enemy, which is proven by her fighting skills.

Overall, Ms. Drake has penned a thrilling read in this book where the chemistry between this couple was fierce; the romance hot and absolutely delightful because no one is more deserving of a second chance at love than the heroine; and the ending had me on the edge-of-my-seat due to the suspense of this story. Will the hero and heroine come out of their confrontation with the bad guys unscathed? However, I liked how things turned out for this couple, as the heroine is determined to do whatever it takes to be with the hero. What will happened with their working relationship? I would recommend Contracted Defense by Piper J. Drake, if you enjoy romantic suspense or books by authors Katie Ruggle, Zoe Dawson, D.D Ayres and Toni Anderson.

Time is running out and the enemy is at the gate.

Adam Hicks may be the rookie at Safeguard, but he’s no novice in the field. Retired from active duty after multiple tours and back fresh from a brief rest in New Zealand, he’s itching to return to action. But the challenge he hoped for arrives in an unexpected form: his sexy yet stern new partner.

The last thing Victoria Ash wants is to work with the new guy—especially one as gorgeous as Adam. His relaxed attitude about their first "easy" assignment together—setting up a private home defense network for a reclusive client—doesn’t impress her. Easy usually means trouble. She’s proved right when Adam discovers that the multiple incursions on the physical and cyber security systems aren’t just glitches. They’re under attack…and there’s a traitor in their midst.

As tension mounts, so does the attraction between Victoria and Adam. They must protect their client and the research he’s desperately trying to keep secret. Working together, they have to find the mole before their defense measures, in the fortress and online, are compromised and the deadly secrets they’ve sworn to protect are revealed.

Adam stepped back, drawing her attention to him and tapping the dry-erase marker against the palm of one hand. “If one of us was planning an attack on this place, what would we do?”
Easy. Planning an attack was easier in her mind than planning the defense of a place. She immediately ran through any number of possible approaches to gather information about the defenses and security.
And his point hit her right in the chest. “The alarm. It wasn’t to check to see if there was an alarm. It was to time the response from the security team and local police.”
Possibly, it was to time how long it would take for Victoria and Adam to arrive on site.
Adam turned to face her. “There is an impending attack in the works. We have no idea what the scale is or even why. But Roland is not delusional.”
Suddenly, this mission was a whole lot more serious, and Adam, to her eyes, was looking incredibly dangerous.
“Let’s get back to setting up the layered defenses then.” Before she jumped him, right against the wall. 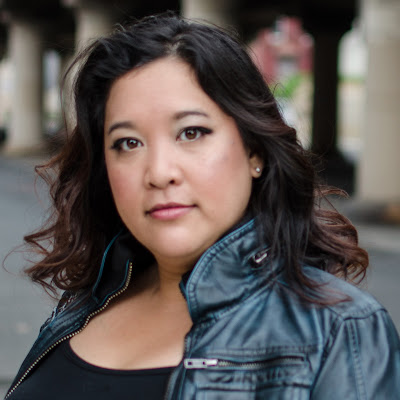