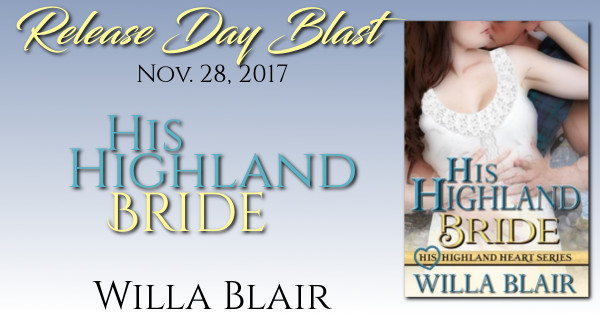 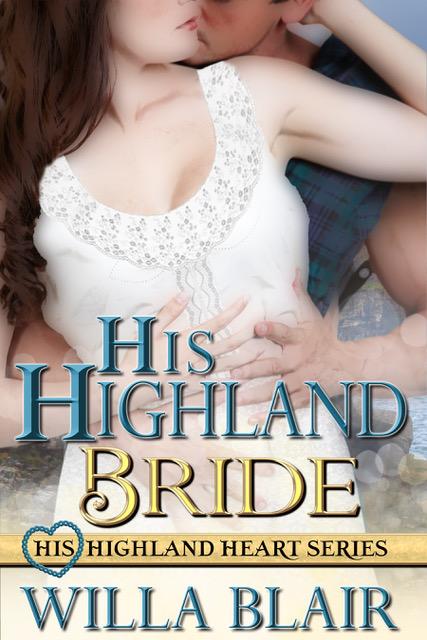 In His Highland Bride (His Highland Heart #3) by Willa Blair, Mary Elizabeth Rose has spent a great deal of time attending to the health of Cameron Sutherland, but as her father prepares to marry again, Mary is worried what's going to come next for herself. Wanting nothing more than to spend time more time with Cameron, but knowing he's going to eventually leave because he has responsibilities to his family, Mary wonders whether she'll ever find happy ever after like her sisters have. Will Cameron be able to convince Mary's father that he's the right man for her, or will the pair lose their chance at happy ever after?

Although this story can easily be read as a stand-alone, I wish I'd had the opportunity to read the first two books just so I could get to know more about Mary's sisters and how they've achieved their happy ever afters because they sound interesting in the way they've been through so much to end up with their men. However, in saying that, this story was very entertaining, fast-paced and a story that had me reading quickly, determined to discover what decision Mary's father would make when it comes to her happiness; what would happen to the heroine's father and the clan; and what lengths the hero and heroine are willing to go to in being together. Will they get their happy ever after?

As for the dialogue, it was intense due to the main characters back stories, the danger the heroine faces because someone believes she's a threat to their future, and what's happening with the heroine's father that had me wanting to know what would happen to him. Moreover, the heroine is resilient and brave when it comes to everything she has to deal with including her father's new bride; her father's illness and whether she will defy her father when it comes to her relationship with Cameron. I also liked the heroine's growing relationship with Cameron, as there's plenty of chemistry between them and he's so charming and determined in his pursuit to win her over.

While the hero, he's honorable; determined to do the right thing when it comes to getting the blessing of the heroine's father; and I liked how determined he was to fight for his future with the heroine, especially when he finds she has another suitor vying for a chance with her. I also liked how protective the hero was of the heroine and that he would do anything to keep her safe, especially with what he does towards the end of the book that could add more danger for the pair, if the heroine's father's bride decides to get back at the pair for what happens.

Overall, Ms. Blair has delivered a wonderful and captivating read in this book where the chemistry between this couple was strong; the romance hot and had me loving these two together because there's so much love between Cameron and Mary; and the ending had me cheering the heroine's strength as she does her best to deal with what happens to her father while trying to handle her new role for the clan. Certainly, Mary handles herself well with what she does in dealing with her father's bride. However, it was the epilogue that wrapped this story up nicely, as I loved the tight bond Mary shares with her sisters. They are there for each other and would do anything for each other. I would recommend His Highland Bride by Willa Blair, if you enjoy Historical Romance, the friends to lovers trope, or books by authors Heather McCollum, Julie Johnstone, Christi Caldwell and Eliza Knight.

A Dutiful Daughter No More


When Mary Elizabeth Rose’s father marries a much younger lass in hopes of siring a male heir, Mary sees her chance to escape her role as his chatelaine, but fears his next step will be to betroth her to a stranger. She has a different future in mind—with a sometimes charming, sometimes difficult and arrogant wounded Highlander.

He Owes Her His Life

Cameron Sutherland is not too delirious to recognize Mary Rose is the first woman he could seriously consider taking as his bride. He’d like nothing better than to spend years repaying the debt he owes his angel of mercy for taking him in and saving his life. First, he must convince her to defy her father one last time.

Will They Put Love Before Duty?

For Mary, Cameron has become the man whose every smile has the power to bring her to her knees. But he is as duty-bound as she is, and responsibility calls him back to Sutherland, where she fears he will stay, forgetting her and all they’ve shared. With another powerful clan’s interests at stake, Cameron’s return sets events in motion that will have life-changing consequences for the woman he can’t forget. 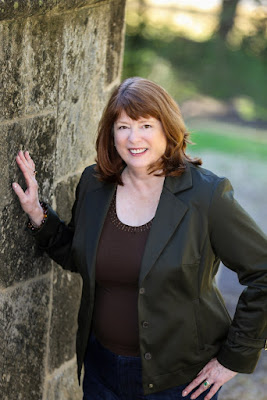 Willa Blair is an Award-winning Amazon and Barnes & Noble #1 Bestselling author of Scottish Historical, light Paranormal, and Contemporary romance. She has been featured on and contributes to USAToday’s Happy Ever After romance blog, Savvy Authors, Romance University, and more.

A life-long student and reader, she has been a stained glass artist and instructor, a foreign language teacher, a computer scientist, an analyst, a manager and an executive. She has visited five continents and can get by in several languages. She loves scouting new settings for books, and thinks being an author is the best job she’s ever had. 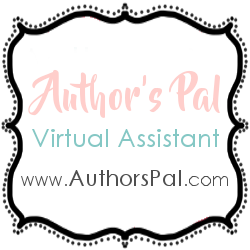