REVIEW: CLOSER TO YOU by JILL SANDERS 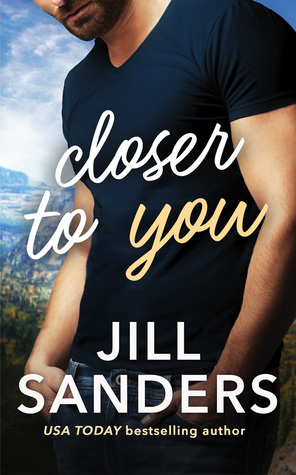 In Closer to You (Haven, Montana #1) by Jill Sanders, Tyler McGowan and his brothers have done everything they can to keep their family's oil business from going under. So, no way are they going to sell. But with Kristen Howell representing the company she works for and pushing for Tyler to even just consider looking over the proposal she's come to deliver, Tyler finds it hard to turn her away. Will Tyler be able to extinguish the offer and win Kristen's heart, or will the fact that they're too different keep them apart?

Ms. Sanders has an astonishing ability to write small town contemporary romances with a small dose of suspense, and this first book of her Haven, Montana series launches a series that is bound to keep readers coming back for more, especially considering the McGowan brothers are the triple S threat -- sinful, selfless and successful. Really, they're a bunch of good guys that had me liking the tight bond they share. The way this story started had me sympathizing with the hero, as things aren't going right for him. Will he be able to get things sorted out? Will his brothers stop giving him a hard time over things that he does such judging him because of the Christmas present he brought for their mom?

As for the dialogue, it was intense due to the main characters back stories and the small dose of suspense towards the end of this book. It was also compelling because of the way the hero and heroine interact with each other, as Kristen does her best to win Tyler and her brothers over because she has a job to do in convincing the brothers to sell their company. Will Tyler and his brothers sell? Will Kristen find a way to convince the brothers, even if it means resorting to dirty tactics like her boss wants her to? Moreover, the heroine is resilient, persistent and I liked how determined she was to win the hero and his family over, even if things don't work out the way she wants them to. Certainly, Kristen is good at her job, but the McGowan brothers are stubborn and she's going to have to be at her best to win them over.

While the hero, he and his brothers haven't had it easy since the death of their father, but Tyler is smart, determined to see their family legacy continue to succeed and I liked how he handled everything that was thrown his way when it came to someone determined to see things go wrong for the McGowan brothers by creating several incidents that could possibly put them out of business. I also liked how determined the hero was to win the heroine's heart, especially once he realizes how much the heroine means to him.

Overall, Ms. Sanders has delivered a really captivating read in this story where the chemistry and romance was magnetic; and the ending had me completely delighted by how things turned out for the hero and heroine. Certainly, Tyler was determined to do whatever it takes to make Kristen his, especially after all that they go through towards the end where one of the main characters find themselves in danger. I would recommend Closer to You by Jill Sanders, if you enjoy the enemy to lovers trope, the mysterious strangers trope, or books by authors Barbara Freethy, Ruth Cardello, Melody Anne and Melanie Shawn.

New York Times bestselling author Jill Sanders strikes gold with a sizzling series about oil-rich playboys whose hearts are up for grabs.

No one’s more surprised than Tyler McGowan when he discovers he has a knack for running the family’s oil business—a role he took on after his father’s sudden passing. Now, to keep the old man’s legacy afloat, Tyler’s giving up his playboy ways and settling into small-town life. But his newfound resolve is tested when trouble strides into his office in five-inch heels.

Kristen Howell has spent the last five years working her way up the corporate ladder. And somehow it’s landed her smack-dab in the middle of nowhere: Haven, Montana. It’s her job to convince the head of McGowan Enterprises to sell. But the tall and rangy hunk is proving to be exceedingly stubborn—and overwhelmingly hot. When someone attempts to derail her negotiations, Kristen is ready to get down and dirty. But the sparks she and Tyler are throwing near the oil field may be dangerously combustible…